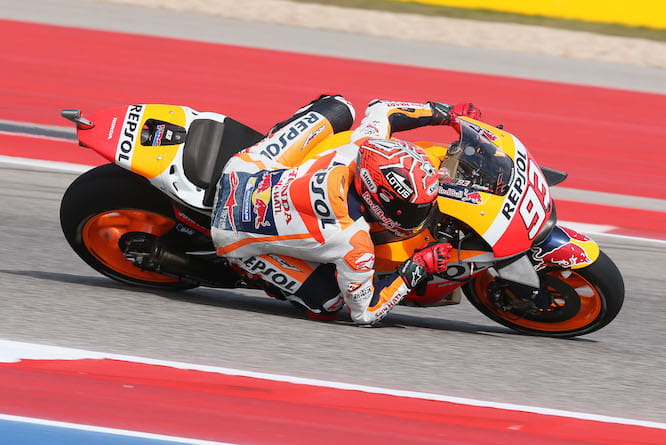 Marc Marquez will start on pole position for the U.S Grand Prix after fending off an attack from World Champion Jorge Lorenzo.

The Spaniard has been unstoppable at the Circuit of the Americas, topping every session as he looks to take his fourth consecutive victory at the Austin venue.

The Repsol Honda star has enjoyed gaps of up to a second over the weekend but Movistar Yamaha’s Jorge Lorenzo began to close down the twice World Champion in this afternoon’s qualifying session.

With three minutes to go it looked as though Lorenzo would steal pole from Marquez, who was unable to improve his time in his second outing.

Valentino Rossi completes the front row, ahead of Andrea Iannone who will be knocked back three grid positions for his ‘overly ambitious’ overtake on team-mate Andrea Dovizioso in Argentina last week.

This promotes Maverick Vinales and Cal Crutchlow to fourth and fifth respectively with the biggest benefactor ironically Dovizioso who moves up a row.

Dani Pedrosa joins Iannone on the third row ahead of Aleix Espargaro with Scott Redding completing the top ten. 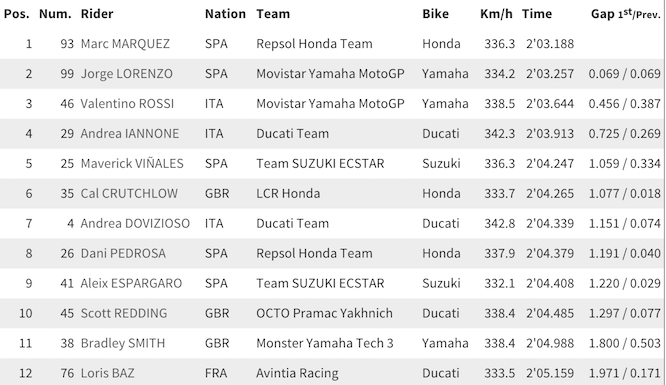