Slick gamble pays off for Smith with podium in Misano 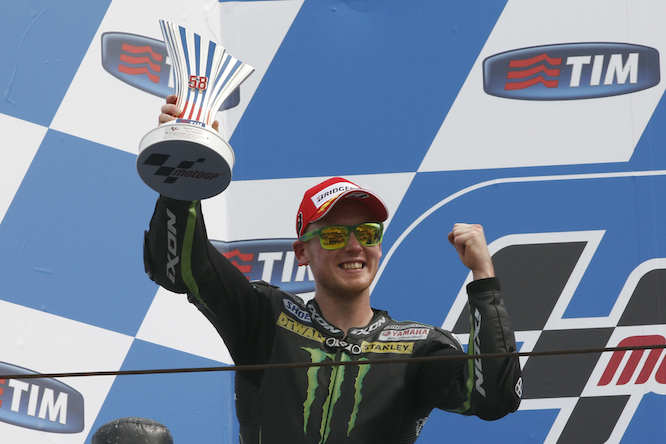 Bradley Smith scored a heroic podium finish in today’s San Marino Grand Prix after staying out on slick tyres when the weather took a turn for the worse.

A strong start saw Smith up with the front group from the off, and despite a small gap forming to Lorenzo, Rossi and Marquez at the front, the Briton was in a good position when the rain started to fall.

When the leading trio pitted for tyres the chasing group, including Smith, stayed out, leaving the Monster Tech 3 Yamaha rider leading the race with Ducati’s Andrea Dovizioso.

A brave decision to stay out another lap saw Smith take the lead, but it had looked like the wrong call as his lap times started to plummet with the rain getting heavier.

As the weather started to ease, Smith knew he had nothing to lose as he dropped through the pack. Hoping the track would dry quickly he stayed out on slick tyres, falling as low as 21st position.

However, a dry line soon appeared and Smith was the fastest man on track. The riders ahead would have to pit again to switch back to dry tyres, enabling the Brit to make up the time he’d lost in the wet.

When race leaders Rossi and Lorenzo finally came into the pits, Smith found himself second behind Marquez, who had swapped to his dry bike early enough to take the lead. 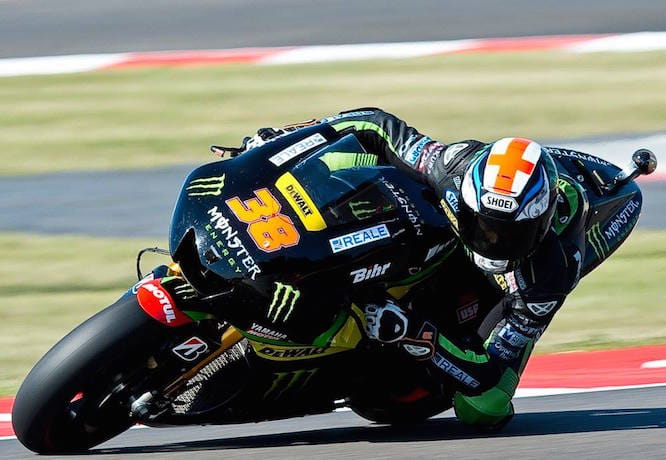 With a comfortable advantage to the battle between Loris Baz and Scott Redding for third, Smith attempted to chase down Marquez but when the gap remained the same he opted for a safe second place – his best ever result in MotoGP.

“I missed the opportunity to pit when Vale and Jorge came in, and on the next lap it seemed to rain a little bit less so once I was already two laps behind I thought I was in it for the long haul and decided to see if I could stay out on slicks,” said Smith after the race.

“At some points it definitely got a bit scary, I did a 2’18 at one point and tried to highside myself into turn ten (the right kink at the end of the straight) but then the track started to dry. That was the one thing I didn’t know, I knew with the track conditions and the temperature we’d had all weekend that the track would dry but I didn’t know how fast it would dry.

“It was difficult to see exactly but when you’re on slicks you can feel where the grip is and where it isn’t, but to be as low as P21 at one point in the race and come round to finish second was very special.

Smith was joined on the podium by fellow Brit Scott Redding, marking the first time two British riders have finished on a premier class rostrum since Venezuela in 1979.