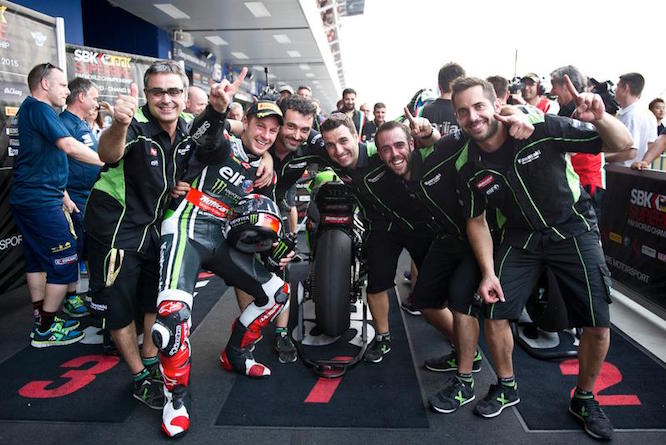 Jonathan Rea has said he will savour his first double victory with Kawasaki after dominating the inaugural Thai round of the Superbike World Championship this weekend.

Rea moved to Kawasaki for this year’s Superbike World Championship after seven years riding Honda’s CBR1000RR Fireblade. In the first four races, the Northern Irishman has taken three race victories and a second place leaving him ten points ahead in the championship standings.

Rea’s double in Thailand was seamless, leading both races from lights to flag to bring it home he reckons he can get even more out of Kawasaki’s ZX10-R.

“For me it has been a perfect weekend with pole position and two race wins - we could not have asked for any more”, said Rea after the race. “The bike can always be better but at the beginning of the weekend the Ninja ZX-10R was at a really good level, my pace was really fast, the rhythm was good so we did not necessarily chase something we really could have got lost with.

“Our base setting right now is good and it gives me confidence to push the boundaries and understand the bike. I have not had so many double wins in my career but I have been lucky to have some. They do not come round a lot so I want to savour this moment and reflect on what we have done tomorrow and enjoy these next few days.”