Davies does the double in America as Sykes beats Rea 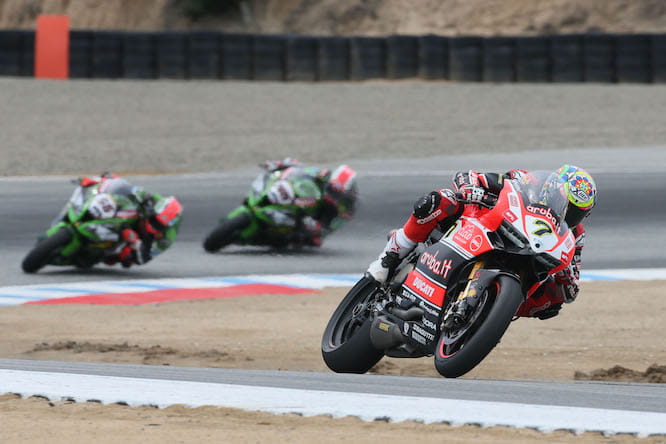 Starting from pole for the first time ever, Davies shot off the line in both races to lead from lights to flag.

Kawasaki teammates Tom Sykes and Jonathan Rea fought hard for second place, with Sykes coming out on top in both occasions. Championship leader Rea tried to keep up with his teammate but several mistakes ruled out any significant challenge.

Davide Giugliano took a strong fourth in race one before getting caught out by a brief rain shower in the early stages of the second race along with reigning World Champion Sylvain Guintoli. 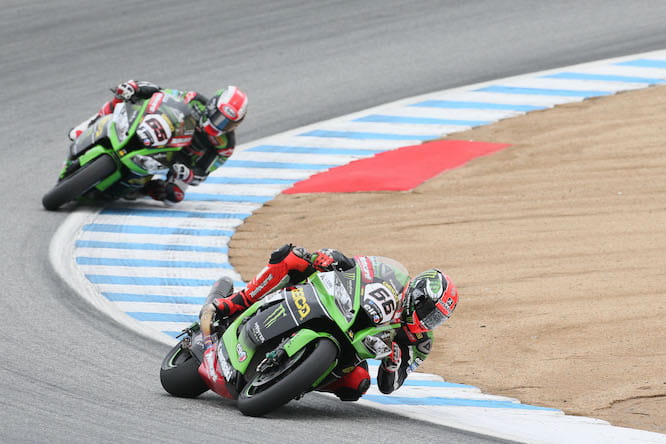 Leon Haslam’s race day didn’t get off to the best of starts as he slipped off in race one. He remounted and nursed the Aprilia home in 13th position before enjoying a much stronger second race, only to be mugged by teammate Jordi Torres for fourth in the closing stages.

Rea’s two third places mark his ‘worst’ results of the season, but only takes a mere eight points off his championship lead. With his advantage now some 125 points, it is mathematically possible for the Northern Irishman to wrap up the title next time out in Sepang.