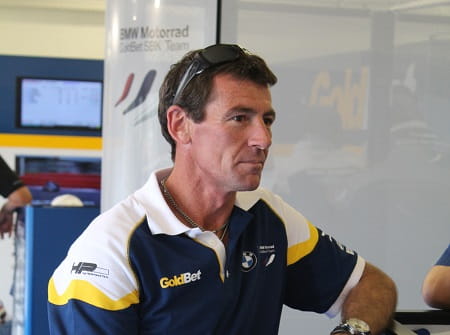 Troy Corser will head up a new World Superbike team for the 2015 season as he joins the newly formed JR Racing outfit in the role of ‘Sporting Director’.

The squad, which is from the Dominican Republic, will run BMW S1000RR machinery as unveiled in Magny Cours earlier this afternoon.

As revealed by Bike Social last week, British Superbike star Josh Brookes is in the frame for one of the team’s seats with Leon Camier hotly tipped to join the Aussie after a successful stint standing in for Sylvain Barrier at BMW Motorrad Italia earlier this year. However, Bike Social has reason to believe neither rider has yet signed a deal with the team.

Corser attempted to launch a BMW outfit with former crew chief Tom Larsen for the 2014 season but plans fell through after they were unable to secure the necessary funding.

It’s thought the new team is behind a wider plan to eventually take World Superbikes to the Dominican Republic.