Mika Kallio is a name that has been on the Grand Prix circuit for over twelve years, in that time he’s won 16 races and been on the podium 47 times. He’s raced across the board in 125cc, 250cc, MotoGP and Moto2, where he is currently fighting for the championship with teammate Esteve Rabat.

With Alex Marquez taking his seat at MarcVDS for 2015 Kallio looks set for a potential move back to the MotoGP paddock having last ridden in the premier class with Ducati in 2009/10. We caught up with the Finnish rider for a quick chat at Silverstone… 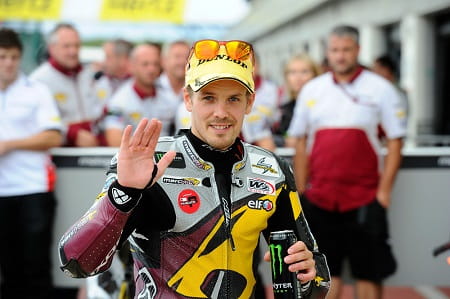 This season is going pretty well for you?

I’m really happy with where we are this season and the results we are achieving, it’s the best ever season for me in Moto2 and I think if it continues until the last race anything is possible! The team compared to previous years has improved a lot, the atmosphere is even better than last year and everything is growing, this is shown by our championship position.

Does it change things when the person you’re fighting for the title with is your team mate?

On a personal level Tito being my team mate doesn’t make much difference. It’s good to have a team mate like him as he pushes really hard all the time and this gives me more motivation to push to the limits. He is one of the fastest and he knows I am one of the fastest and the first thing is to beat your team mate so we are pushing each other to the next level all the time. Sometimes when we are fighting close to each other we need to respect each other and perhaps be a little more careful around each other whereas if you were fighting with someone who wasn’t your team mate maybe you could be a bit more aggressive. If it came to the last corner, of course I would make the move. In the end it is really difficult as when you put your helmet on you need to win the race and no matter who is in front of you, you need to pass him. As we get closer to the final races the situation inside the team gets more complicated, if I think I have just one chance to overtake him for sure I will do it!

Some people are saying Moto2 is less competitive this year, what do you think? 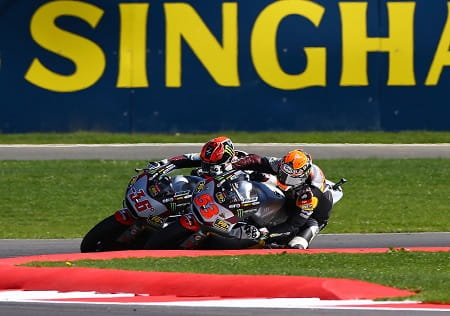 You rode in MotoGP in 2009/10 before stepping down to Moto2, would you say you made the move up too early?

It wasn’t too early but the bike was not right, the Ducati was really far from the other factories. In 2009 it was not so bad, usually we were the first Ducati after Casey [Stoner] and when we finished the race we were between seventh and tenth and that wasn’t bad in those days as everybody was riding MotoGP bikes, while now only half of the grid are with the other half open bikes. For me the first year was really good and I took the rookie of the year title but the second year was a disaster. I expected to improve on 2009 but Ducati changed the bike, it was completely new and everything was different, the frame, the engine. I struggled to get any good feeling; it didn’t fit with my riding style. In practice at Le Mans I crashed quite badly and hurt my shoulder, this was quite a big injury but I continued for the season and didn’t have it operated on. This was the wrong decision as I couldn’t ride the bike, after a few laps my arm was completely dead. Now hopefully we can go back to MotoGP and I can show what I can do.

You’re looking for a return to MotoGP next year, could this be on a production Honda?

I’ve looked for a return to MotoGP for a number of years but there haven’t been any places available with good bikes. It seems that it is also difficult for next year but we are still looking so let’s wait and see. We need to check all the possibilities; we are looking at production Honda and other machines too. There are one or two options that are really interesting for me but there are so many things going around those teams and of course there are other riders knocking on the door. At the moment I don’t know what’s going to happen but we need to make a decision in the next two weeks. To me the results are more important so if I cannot find a competitive bike in MotoGP I will stay in Moto2. 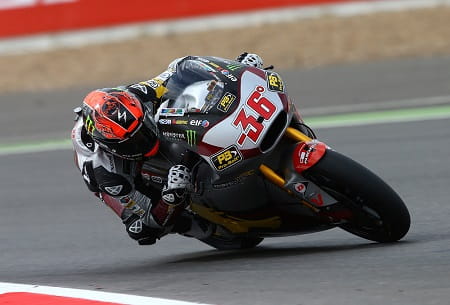 Would you consider a MotoGP return with Ducati?

I already found out what happens with Ducati so I think I would say no to them.

At 31 you’re one of the older riders in the paddock. Does age matter?

Many people think I’m already too old to go to MotoGP but I’m only 31, Valentino [Rossi] is four years older than me and he is still fighting for the podium. I’m not too old and I think I’m in better shape than I was when I was in MotoGP before. I’m pretty sure I could get good results if I could just have a good bike. I think my riding style suits MotoGP much better than Moto2.