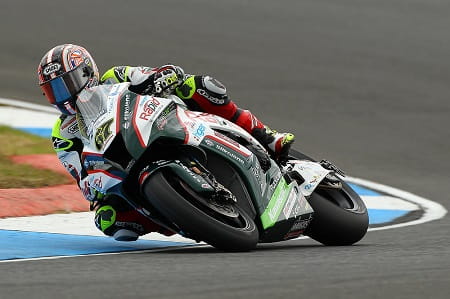 The British Superbike Championship heads back to Brands Hatch this weekend for the fifth round of the 2014 season and the first outing of the year on the riders’ favourite 2.433-mile Grand Prix circuit.

Shane Byrne currently leads the title standings by a whopping 79 points over Milwaukee Yamaha’s Josh Brookes, including an impressive 22-point podium credit lead which will be vital come the three-round showdown in September.

As demonstrated by his points lead, Byrne has been the dominant force so far in this year’s championship. The Kent rider has taken victory in six out of the eight races so far this season. It wasn’t Byrne dominating the headlines after the last round at Knockhill however,  BMW’s Ryuichi Kiyonari stormed to victory in the first race to take the German marque’s first ever series victory. That win, plus a second place in race 2 for the three-time champion marked what many are calling his return to the top, ending a three-year victory drought. 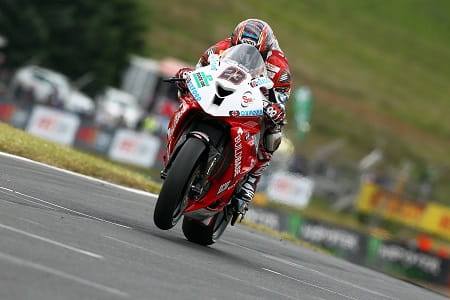 Brands is a circuit at which Kiyonari has enjoyed strong results in the past and the 31-year-old will be wanting to use that to his advantage to show Knockhill was no one-off. Byrne will be a hard man to beat in his own back yard though, the Rapid Solicitors Kawasaki man won both races in the series’ last visit to Brands Hatch and won’t be happy with anything less this weekend.

After a tough couple of rounds at Snetterton and Knockhill, Brookes will be looking to reignite his title challenge. Until Kiyonari’s Knockhill resurgence, Brookes had been the only rider able to get anywhere near Byrne, including a victory at Oulton Park. During BSB’s last visit to Brands Hatch using the Grand Prix configuration, Brookes stormed to victory in all three races so has good form at the Fawkham circuit.

After seeing his 100% podium run shattered at Knockhill, Lloyds British GBmoto Kawasaki’s James Ellison will be keen to get back to the front at Brands as he goes in search of his first race victory this season. Ellison’s team-mate, 'olden goldie' Chris Walker, will also be looking for decent results in the fifth round after a podium at Knockhill elevated him in to the all-important championship top six.

After several turns of the rider merry-go-round ahead of Knockhill, there’s just one alteration on the grid this time in the form of the returning Gary Mason who will deputise for Aussie champ Mitchell Carr on the Anvil Hire TAG Kawasaki.