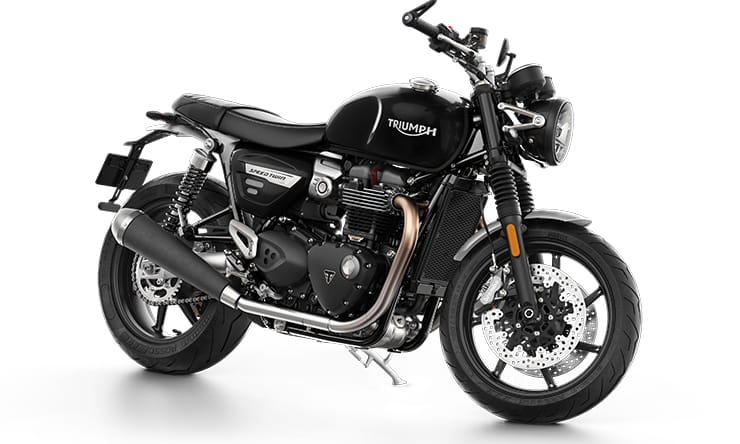 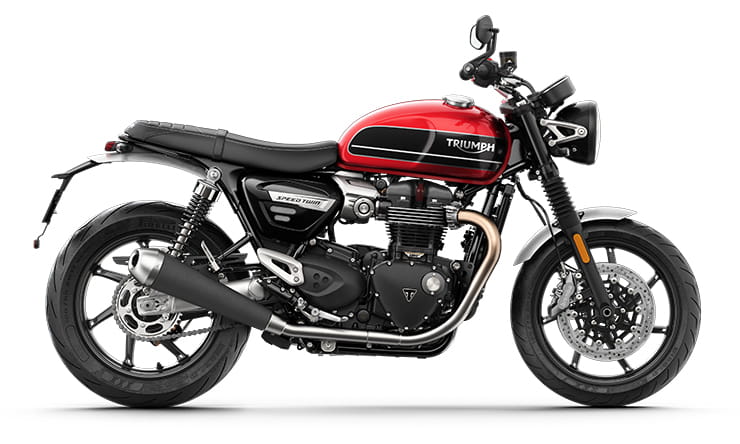 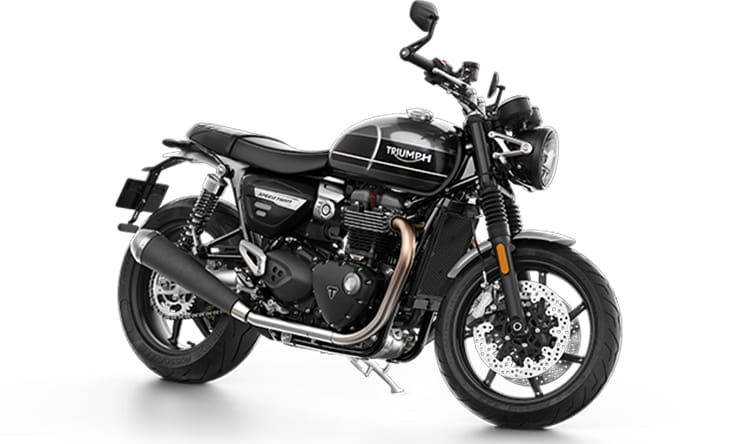 Following hot on the heels of Triumph’s 2019 Street Twin press riding launch was the official unveiling of its bigger brother, the Speed Twin.

The modern classic range grows once again with the introduction of the new 1200cc-powered roadster and joins the likes of the Thruxton, Bobber, T120 and Speedmaster all of which use the 1200cc liquid-cooled parallel twin.

The Speed Twin name holds a special place in Triumph’s history. Their original Speed Twin was a 500cc vertical twin unveiled at the 1937 National Motorcycle Show and thanks to its lighter weight, narrower dimension, competitive price by comparison to the single’s of the day plus its ability to achieve 90-100mph on the road, it became quite an influential design.

After WWII ended, every British manufacturer offered a 500cc vertical twin. The basic design was evolved into bigger twins but it was the basis of all Triumph’s until the 1980’s.

Back to the modern-day variant and to the naked eye you could be fooled into thinking this new machine is either a Thruxton with raised bars or even a bitsa – taking the best bits from the aforementioned modern classics already in the Hinckley factory’s line-up. Oh no, this is an “all new model”, says Head of Brand Management, Miles Perkins. In fact, its frame is new albeit derived from the Thruxton’s while cartridge style front forks and twin rear shocks grace either end. Pirelli Diablo Rosso 3’s are fitted to twin 17” cast aluminium 7-spoke wheels while the seat height is an accessible 807mm – lower than the Thruxton R.

The engine is the same silky smooth and strong torque-filled motor that can be found in the Thruxton making the identical 96 bhp @ 6750 rpm and a mighty torque figure of 112 Nm @ 4950 rpm. Although the new version is 2.5kg lighter thanks to a revised clutch assembly, and a new magnesium cam cover. 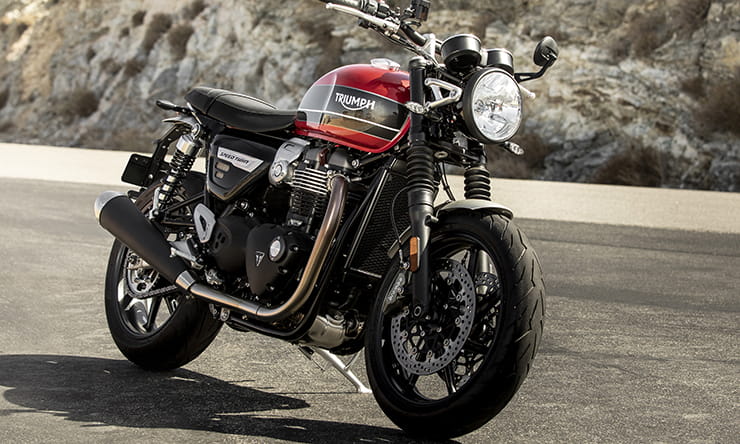 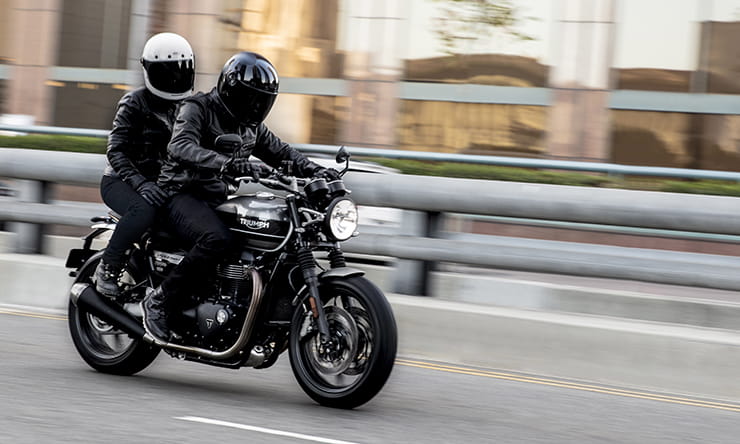 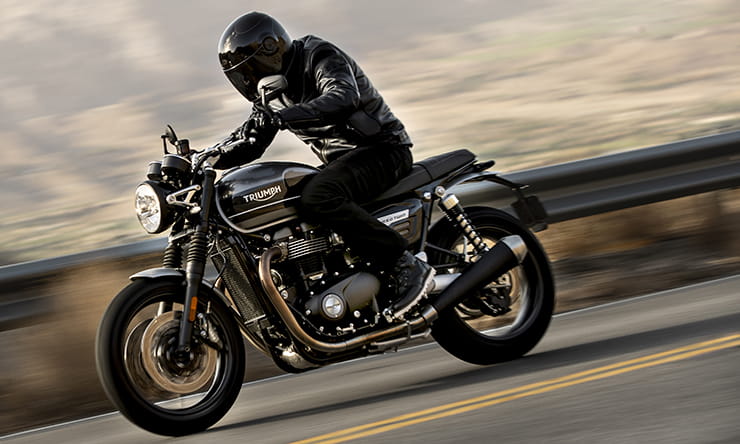 The price will be announced at the global press riding launch taking place around mid-January although we do know the bike will be in dealerships in the spring of 2019.

We spotted a test mule as far back as December 2014 and then again in November 2016 but only now, interestingly several weeks after the majority of 2019 motorcycles were announced at Intermot, EICMA and even Motorcycle Live, do we see the official, finished product.

Headline details and spec include: 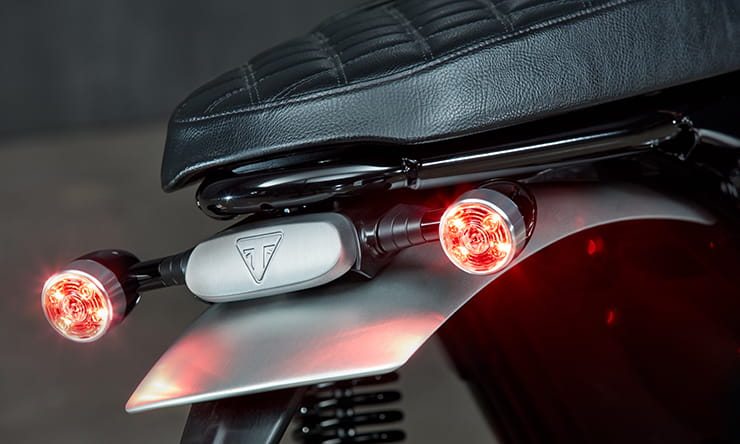 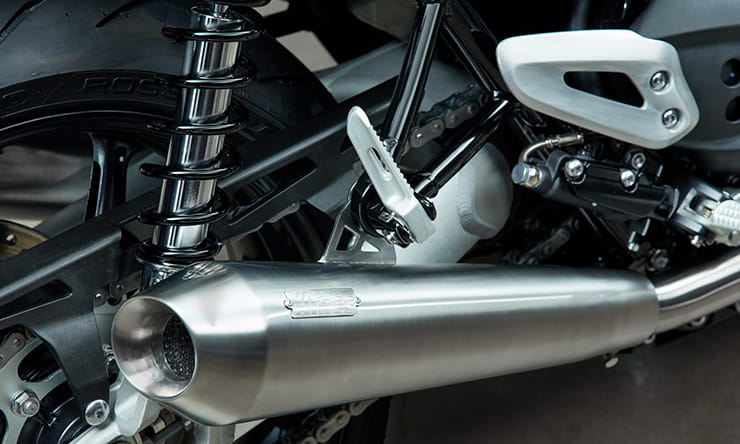 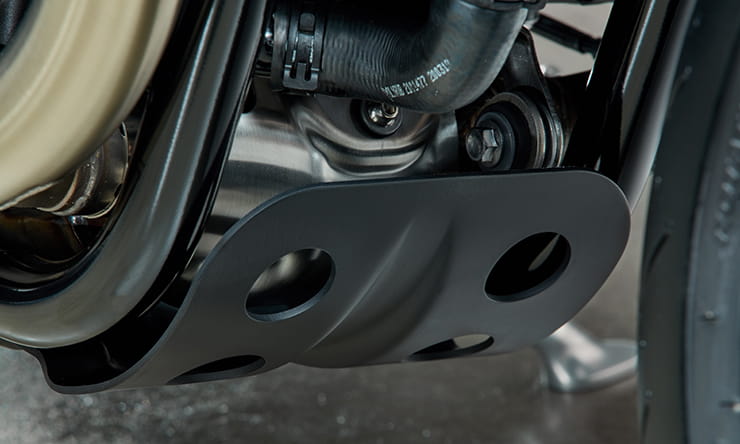