Potential BSB naked class being assessed: “there is a strong case for an 800-1000cc type.” 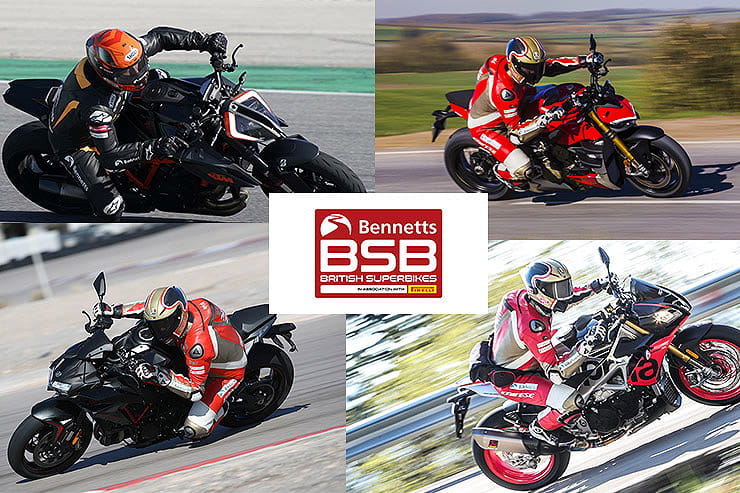 British Superbike Series Director Stuart Higgs has admitted to Bennetts BikeSocial in an exclusive interview due to be broadcast on Easter Sunday that rules are currently being written for a Superbike naked class.

Adding fuel to the embers of a long-term rumour, Mr Higgs spoke freely about the opportunities the MSV-operated championship could offer manufacturers of naked bikes particularly since their popularity has been on a significant rise over the last decade, in stark contrast to out-and-out sports bikes.

Talking about which bikes could be involved, the BSB boss said, “At the moment, there’s not one class where everyone’s represented in, whereas in this particular type of class you could get up to eight or even nine manufacturers; MV, Triumph, the Japanese four, BMW and Ducati. You could easily dream up a range of bikes from 800 - 1000cc; twins, triples, fours that could be comparable.”

“We regularly talk to the manufacturers and actually earlier this year started on another round of talking to manufacturers to see what they want. In the current climate manufacturer’s positions are going to be very delicate but on the flip side which sectors are important to them and which need, deserve or require some form of sporting exposure. I think there is a strong case for an 800 - 1000cc type, a broad parameter range which nigh-on every manufacturer has something that would work.

Rules to fit the demand

Considering what motorcyclists are buying and what race fans are interested in seeing do battle on the track brings plenty of challenges, but the cogs are already turning.

Mr Higgs confirmed, “I have commissioned my boffin mate, Neil Spalding, to write me a set of rules. I think there is definitely a demand for them, and I’d be interested to see what the broader public audience think about it. I think a lot of our classes visually look the same, so something that reflects the market and what people are buying and is visually interesting and competitive – there’s no downside to that.” 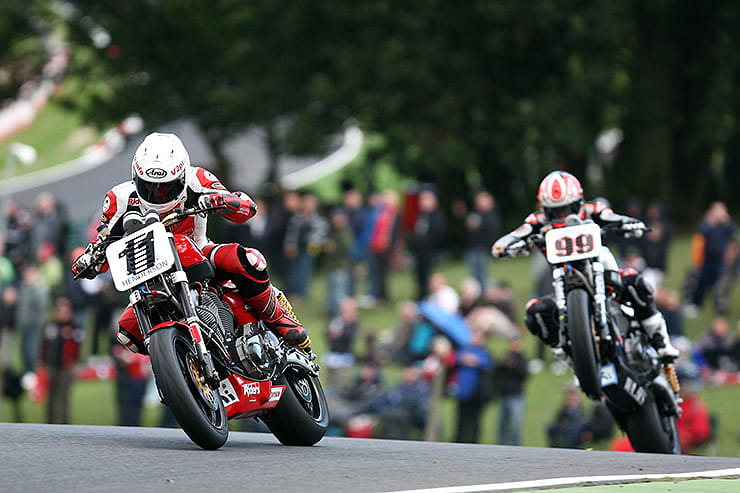 Above: The last naked series to grace the BSB paddock – Harley-Davidson XR1200

Supernakeds in the guise of the new 2020 Ducati Streetfighter V4, Kawasaki Z H2, Aprilia Tuono V4 1100 Factory and KTM 1290 SuperDuke R would be prime, torque-laden machines high on any championship contender’s list and with a few electronic and ground clearance-based regulations in place, the competition would be fierce. Even a lower capacity class would bring guaranteed close racing with virtually every manufacturer having a presence in this market, from Triumph's Street Triple 765 and Kawasaki's Z900 to KTM's new DUKE 890 R, Yamaha's MT-09 (and SP) and the MV Agusta 800 triples.

“It’s never, ever easy to bring in a new race class. I think there is some validity to it and we are going to take some cautious moves to talk to the industry and see who would have the appetite to run them, and who would ride them. There’s not the huge surplus of teams and budget and riders to look for a new class if there’s room for it. I think it’s something that needs much further exploration,” added Mr Higgs.

Could it be a one-make series?

“That is another possibility. There’s certain commercial advantages for that but then there are some disadvantages. I think the manufacturers are going to want product to be promoted and how they do that is going to be very challenging going forward so if there’s a sector where they can all be represented and it will enhance their engagement to racing then I’ll take it very, very seriously.”

What do you think? Would you be interested in a BSB Naked Class?

*To see the full hour-long interview with Stuart Higgs, tune in to Bennetts BikeSocial or our YouTube channel on Sunday, 12th April.