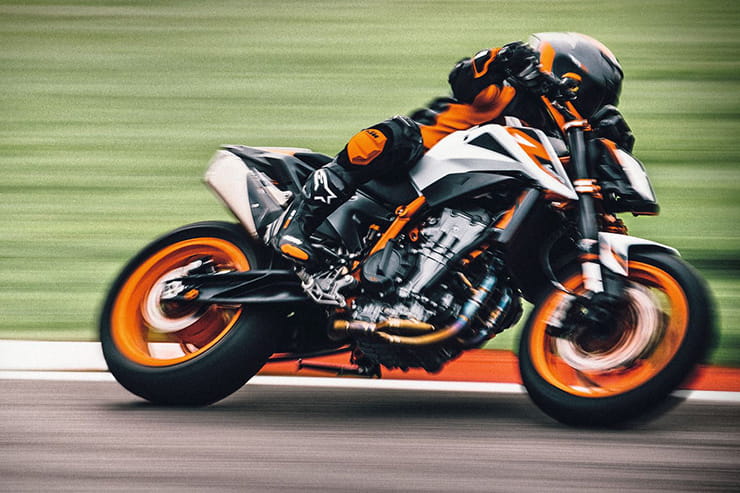 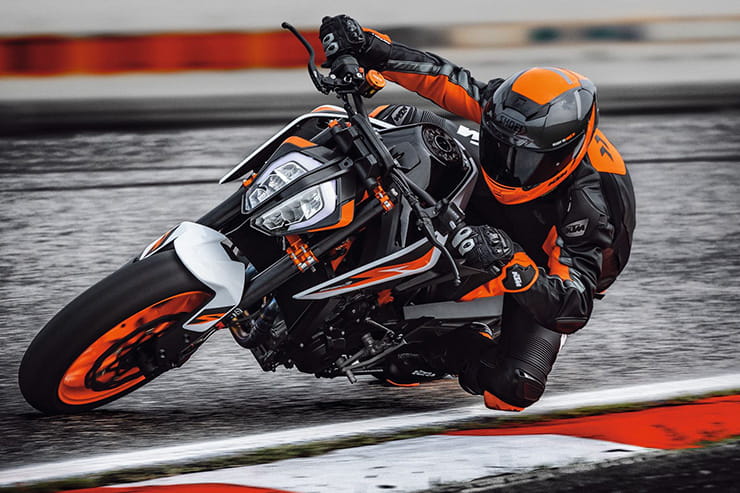 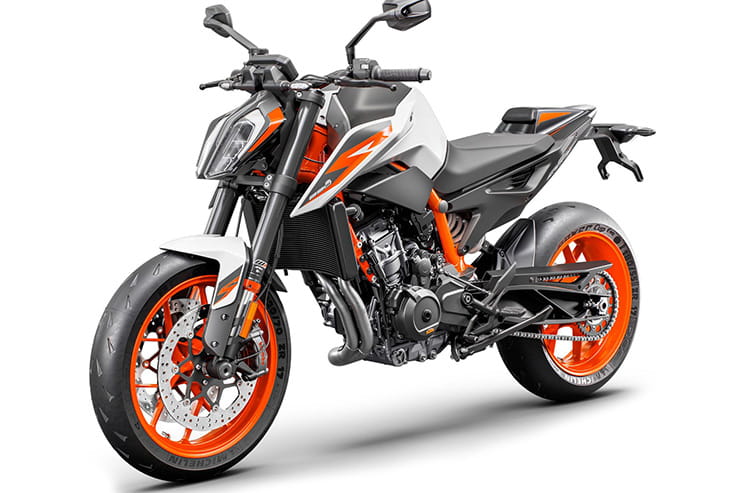 Compression is increased in the 890cc motor from the 12.7:1 of the 790 to 13.5:1. The 46mm DKK Dell-Orto throttle body remains, and the motor still has four valves per cylinder. Equally, the gear ratios remain unchanged from the 790 Duke, and the slip/assist clutch is still used.

The KTM 890 Duke R has now got radially-mounted Brembo Stylema four-pot calipers biting a pair of 320mm discs up front, with the addition of cornering ABS and cornering traction control, thanks to the Bosch 9.1 MP IMU-equipped braking controller. The rear caliper loses a piston to become a single pot, still working on a 240mm disc. 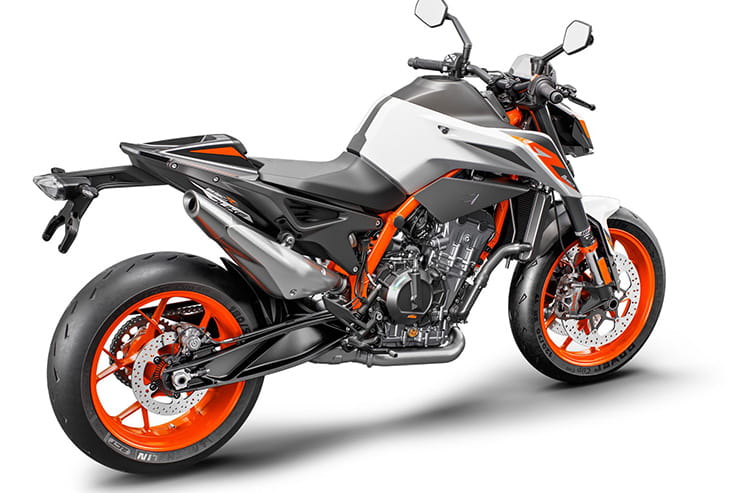 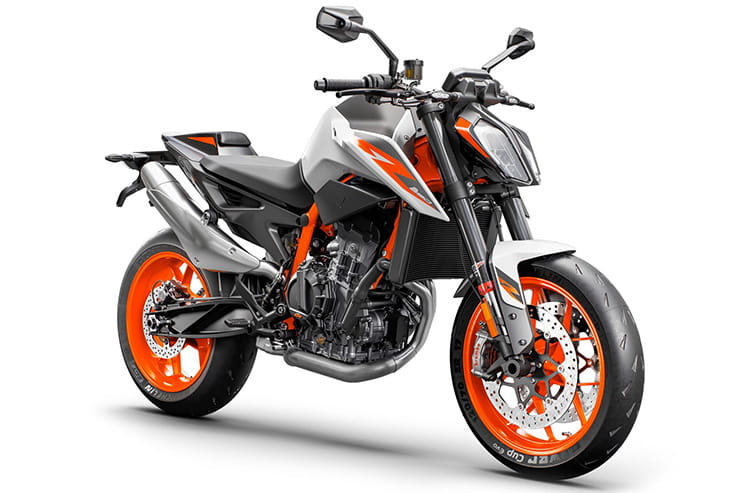 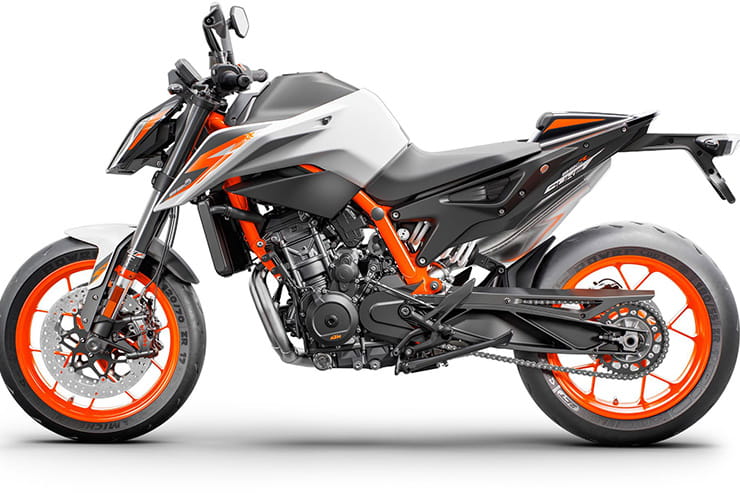