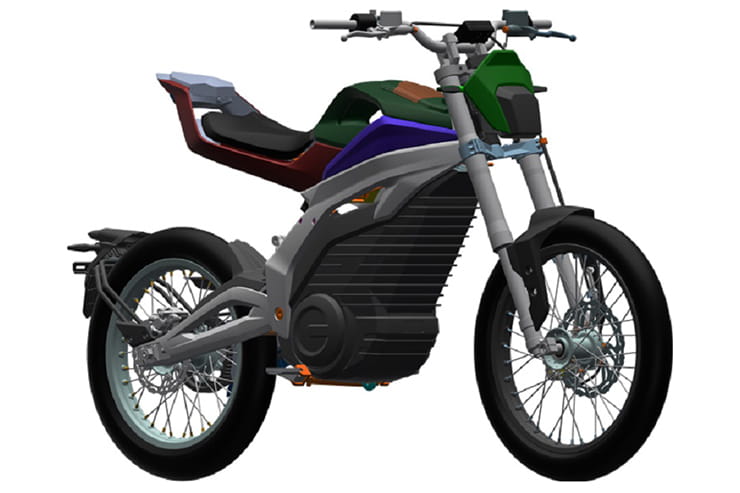 Electric motorcycles might still be rare enough over here to attract attention and lead age-old brands like Triumph, Ducati and Norton boldly announce development projects that are still years from production but over in China electric power is increasingly the norm rather than an oddity.

A quick check reveals that there is something in the order of 7000 different models of electric motorcycles and scooters on sale in China, from more than 150 brands, accounting for millions of purchases every year. And while virtually all of them are uninspiring mopeds with laughable range and performance figures, it means the country has a rapidly growing knowledge base and production facilities that may put it in a position to dominate the field, just as it does with the production of countless other electronic goods, when electric power becomes more mainstream.

Zongshen is one of the better-known and better-respected Chinese manufacturing concerns, with partnerships already in place with western companies – notably Piaggio, which joint-owns the Zongshen-Piaggio concern. It also supplies bikes that are sold here in the UK under different names, notably providing several of Lexmoto’s models. Recently, Zongshen has made a big electric bike push, establishing an electric-only sub-brand, Cineco, and developing battery-powered motorcycles and scooters to sell under it. These include the E-RT3, an electric maxi-scooter with a 75mph top speed and 136-mile range, and the E-RX1, a 25hp electric adventure bike that we scooped back in 2018, which manages 82mph flat-out and has a range of 124 miles. 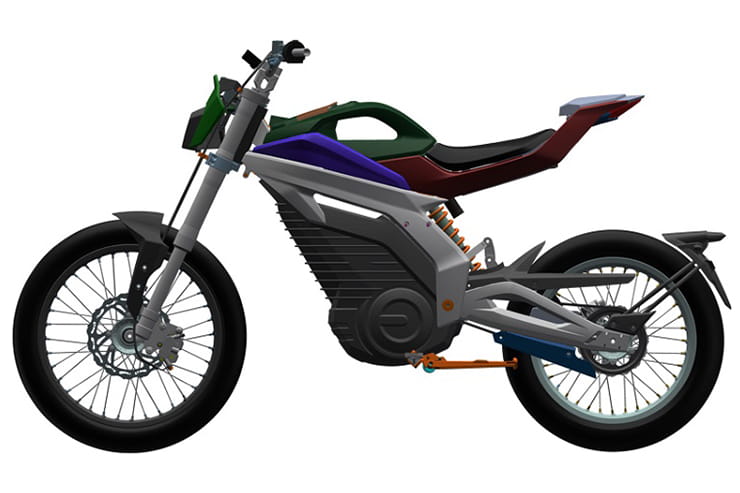 Electric Zongshens that you can buy here in the UK include the Lexmoto Cypher (a Grom-style mini bike sold in China as the Cineco Z1) and the Lexmoto Impulse, which is available as the Cineco O2 Oxygen in China, so whatever Zongshen has in its plans have a route to the UK market if there’s a demand for it.

While Zongshen/Cineco’s current range is made up mainly of electric scooters, with the exception of the Z1 and E-RX1, the new model – revealed in registered design drawings – is a lightweight city bike that appears to approach the same market that British brand Maeving is targeting with the RM1. In other words, it’s the sort of bike that might appeal to riders coming from power-assisted bicycles and want a more motorcycle-esque look and feel than you’d get from an electric scooter.

However, where Maeving has opted for a retro look, Zongshen is going resolutely futuristic, with a style that’s reminiscent of the upcoming LiveWire S2 Del Mar, but in a much smaller, lighter package.

The designs alone don’t give us any indication of performance, other than the choice of suspension and brake components which presumably match the bike’s abilities. Upside-down forks, an alloy frame and a swingarm with a rising-rate monoshock suggest it’s a relatively sporty machine, but the single, small front disc points to 125cc-equivalent performance. That makes sense for an urban bike, opening the door to L-plate riders. 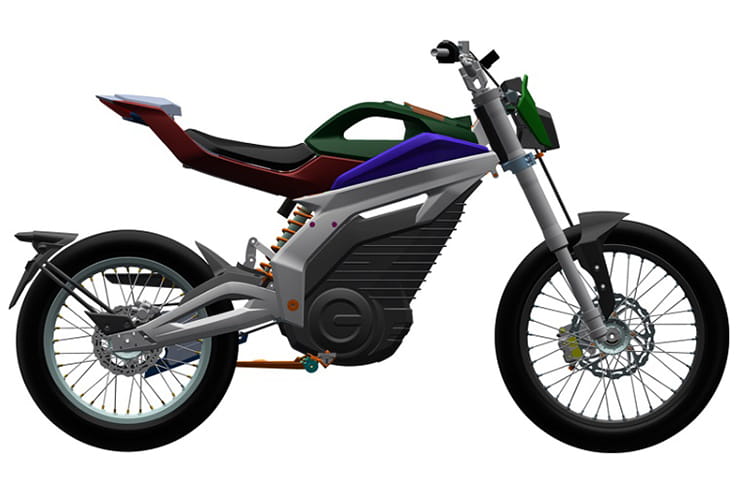 A chassis-mounted electric motor and belt final drive again hint at sporty intent for the bike’s handling, avoiding the added unsprung mass that a simpler hub-mounted motor would bring to the table.

It also looks like the Zongshen has a permanent battery rather than swappable battery packs, although that can’t be confirmed from the images alone. There’s no obvious means for swapping, though, and there is a flap where you’d expect to find the filler cap, presumably covering a charging port.

Eye-catching though the styling is, with a hole directly through the bodywork that would normally be the fuel tank to emphasis the bike’s lightweight design, it does look like storage space and practicality is sacrificed on the alter of appearance.

Given the timing of the new design registration, there’s a good chance the bike will make an official debut at the CIMA show in September in Chingqing.