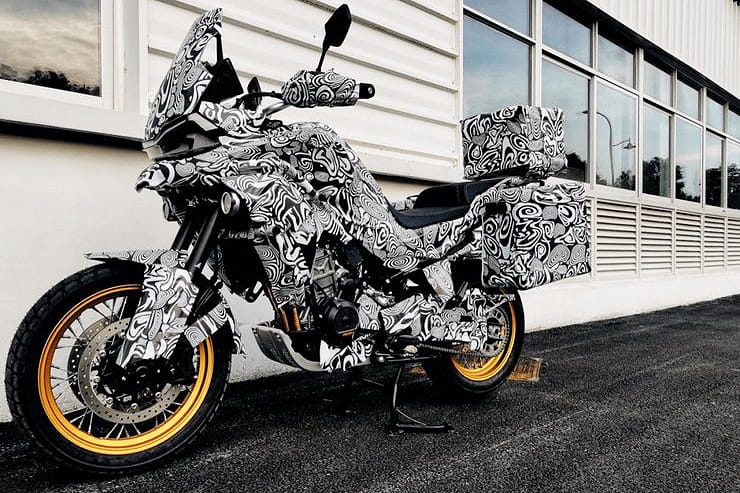 Back in January we got the first glimpse of CFMoto’s upcoming ‘MT800’ adventure bike and now the machine has broken cover in near-production form – although it should have been officially launched already.

Had 2020 gone to plan, CFMoto was scheduled to unveil the MT800 in September, but the machine’s debut has been postponed until early 2021, probably as a result of delays due to the coronavirus pandemic. However, these pictures show that the machine is virtually ready for prime-time and rivals like BMW’s F750 and F850 GS, not to mention Triumph’s Tiger 900, need to pay attention.

The MT800 is fruit of CFMoto’s tie-in with KTM, which already sees the Chinese firm manufacture engines and complete machines for the Austrian firm. It’s powered by a derivative of KTM’s 799cc LC8c parallel twin engine – one of the motors that CFMoto makes under the cooperation deal – in a frame that also appears to be very similar to that of KTM’s 790 Adventure. 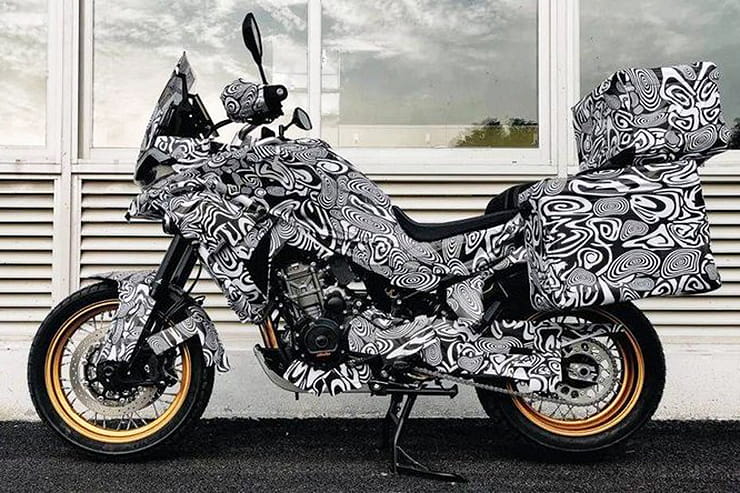 The relationship continues with KTM-esque WP suspension parts, but despite the shared components the CFMoto MT800 isn’t a direct copy of the 790 Adventure, and actually aims at a subtly different segment of the market.

Where KTM trades on its extreme off-road capability, the MT800 appears to be a more road-biased adventure-tourer. The fairing is more enveloping than most KTM designs, with auxiliary lights embedded into the side panels, which themselves run up into the bike’s nose fairing rather than sitting separate from it. The seat also seems lower than the KTM norm, and doesn’t merge into the tank, motocross style, like 790 Adventure’s.

Speaking of the fuel tank, the CFMoto’s is a conventional design, where the KTM’s feeds into a pair of low-slung fuel containers either side of the engine. Overall, the Chinese bike’s design is more normal than its Austrian sibling, which could actually work in its favour when it comes to attracting riders who want an adventure-style road bike rather than a KTM’s more off-road-capable design.

As a CFMoto, the MT800 is also likely to be less expensive than the KTM it shares parts with, particularly since it’s using the 799cc engine while KTM’s own parallel twin is growing to become the 890 Adventure in 2021. That means it’s likely to have around 95hp, or perhaps a little less if the engine has been detuned to meet Euro 5 emissions limits, where the 2021 KTM 890 Adventure makes 105hp.] 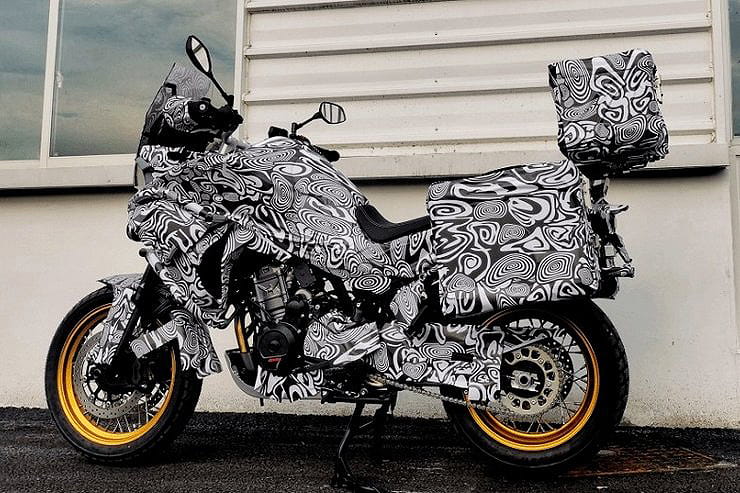 At the moment we still don’t know CFMoto’s plans for the bike, and whether it will be exported to Europe or kept for the Chinese market. However, it’s clearer than ever that the company’s connection with KTM is making a big impact on its future. This year CFMoto has also unveiled the CF1250G touring bike using its own version of the big KTM V-twin engine, with a 1279cc capacity and 140hp to become the biggest and most powerful Chinese-made production bike yet. Back in 2017 the company even hinted at a future sports model in the form of the V.02NK concept bike.

With other interesting bikes on the way including the attractive 700CL-X, CFMoto is becoming a serious contender on the international scene.