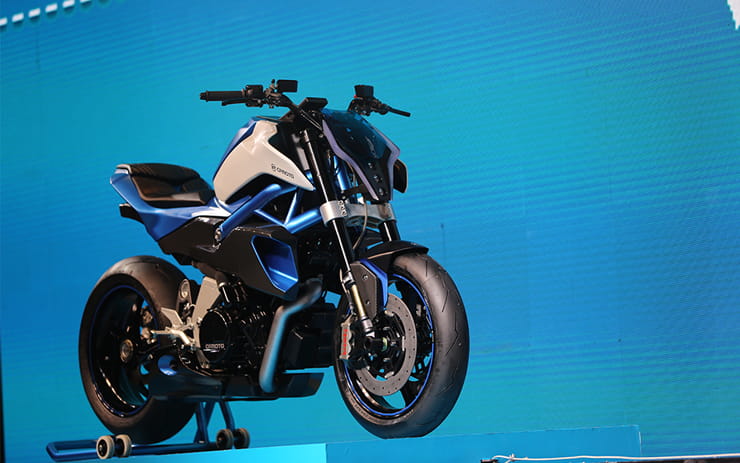 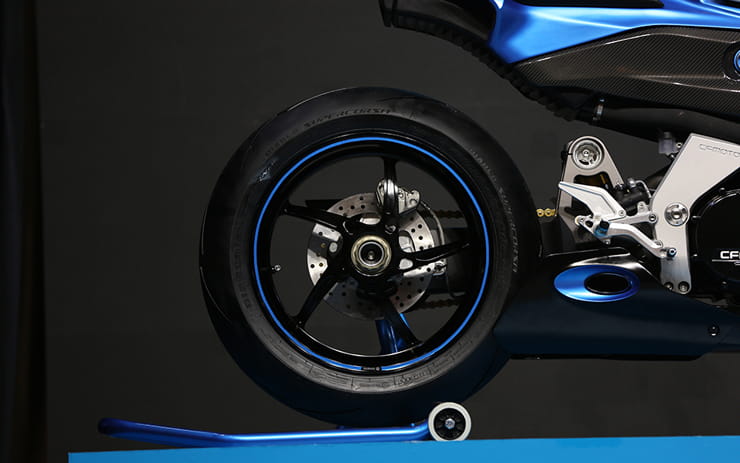 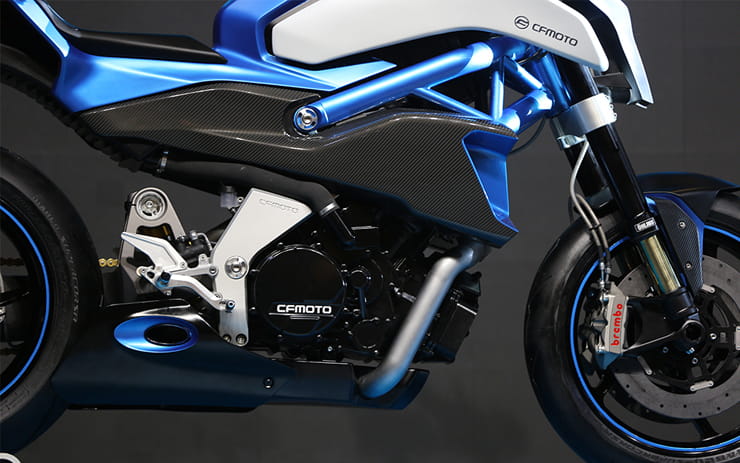 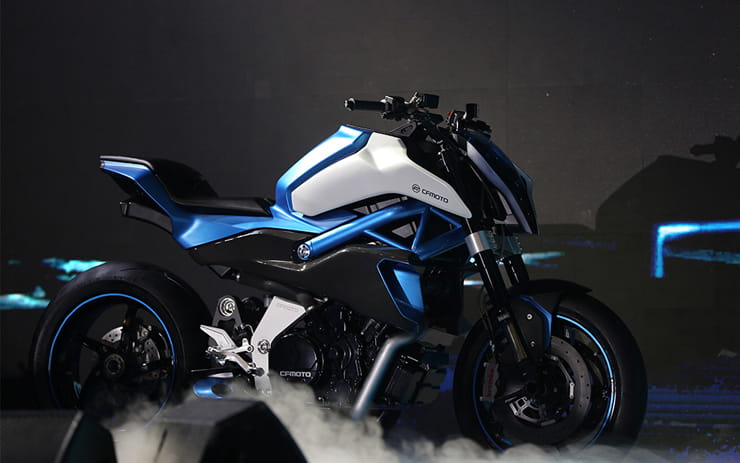 Chinese bikes might sell by their millions in Asia but they don’t offer much to tempt affluent western riders. At least until now. The new CFMoto V.02-NK concept bike is out to change all that.

CFMoto – sold under the WKBikes brand in the UK – is without doubt the Chinese firm that’s made the biggest inroads into European acceptability. Its 650cc parallel twin models look increasingly good with each generation, and by campaigning in the Lightweight class at the Isle of Man TT the firm has bolstered its recognition and respect. 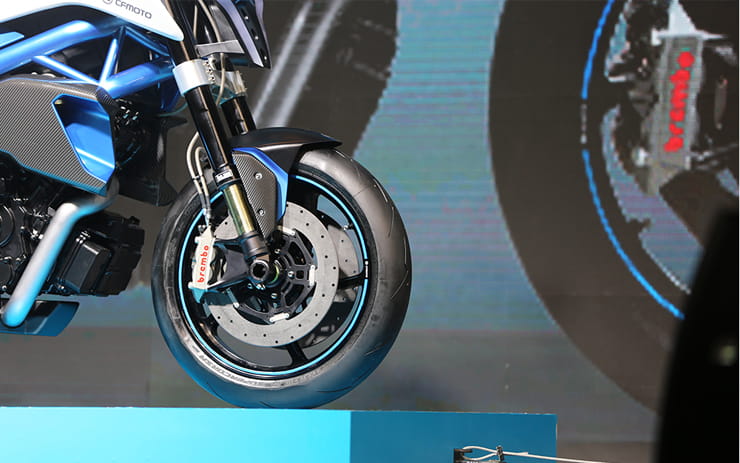 But the V.02-NK is something altogether more radical. The name hints at its key factor – a V-twin engine. In this case it’s a rebranded version of KTM’s RC8 motor. This isn’t a case of copying but the result of a deal between KTM and CFMoto to jointly develop, build and market bikes in China.

CFMoto hasn’t released specs, but this is probably the full-fat engine from the KTM Super Duke R, replete with 177hp. That must make it the most powerful bike to be made in China yet. 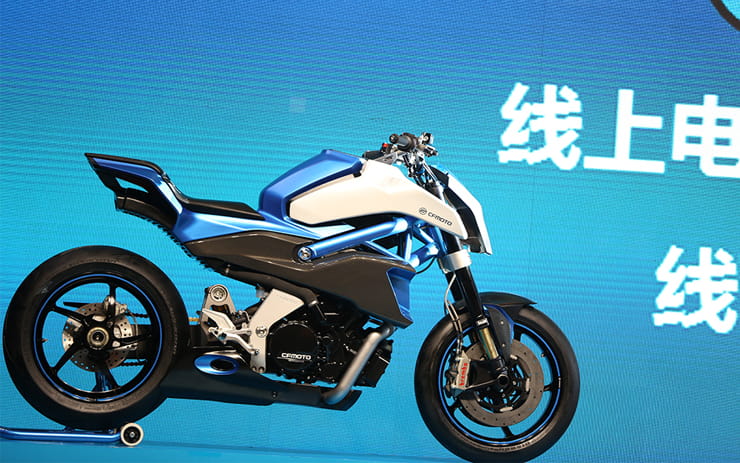 The European influences continue with Ohlins suspension fore and aft, plus Brembo brakes with carbon-fibre discs. The carbon theme continues in the bodywork, most notably in the huge side intakes that feed air to an under-seat radiator. That arrangement allows the engine to be positioned further forward, intruding into the space that a conventional radiator would normally occupy. As a result, the V.02-NK is physically tiny for such a large-engined bike. 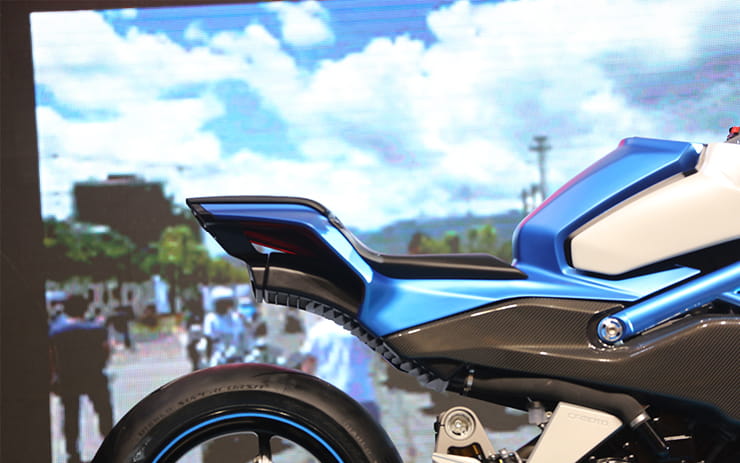 At the moment, it’s still a concept, but CFMoto is understood to be working on a production version of the machine. When it reaches showrooms some elements are sure to vanish – the carbon discs, for instance – but the KTM-developed engine is expected to remain.

Will it be the Chinese bike that finally breaks into the big-time, rivalling European and Japanese-made super nakeds, but with a bargain price? Only time will tell, but the first indications are good.