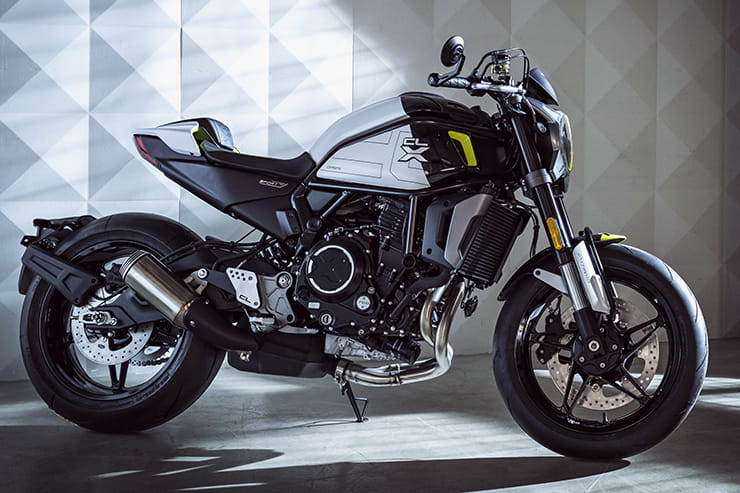 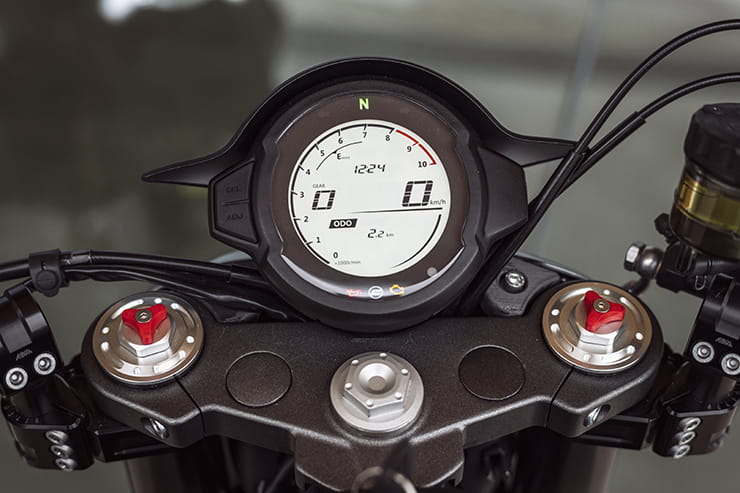 Said to have been designed in Italy, CFMoto has had a long relationship with Kiska, the Austrian design house responsible for KTM and Husqvarna’s styling. The 700CL-X is said to target consumers ‘with riding experience and in the pursuit of quality life and fashion trends’.

The three faces of the CFMoto 700CL-X

While we’ll need to wait until we can properly review the bike on a road test later, the CFMoto 700CL-X is said to have been designed with ergonomics in mind and carries adjustable suspension, a single radially-mounted four-piston J-Juan caliper up front and an LED headlight with round LCD clock behind it. 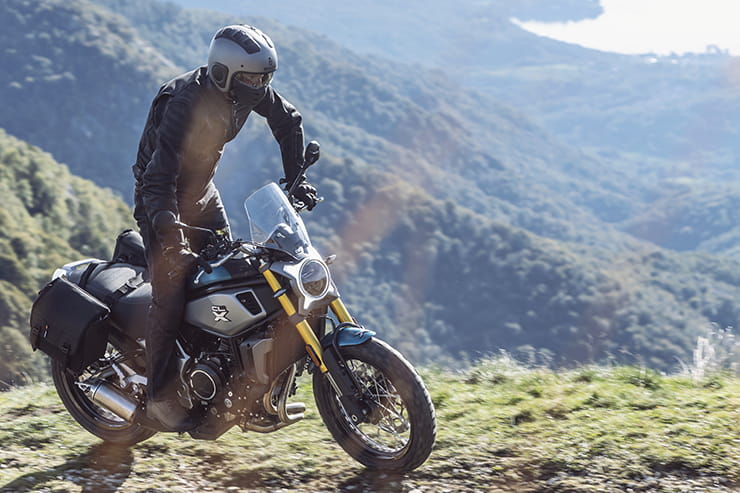 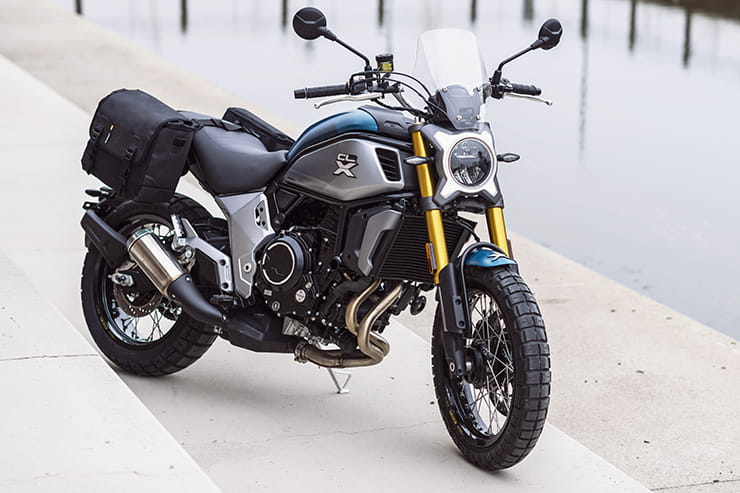 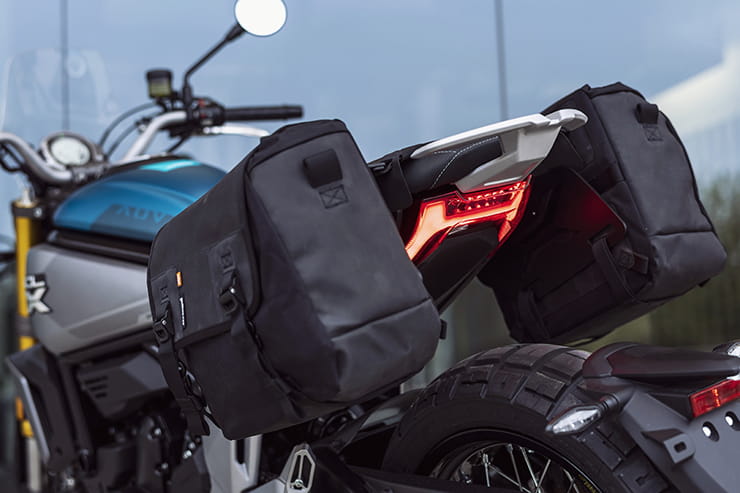 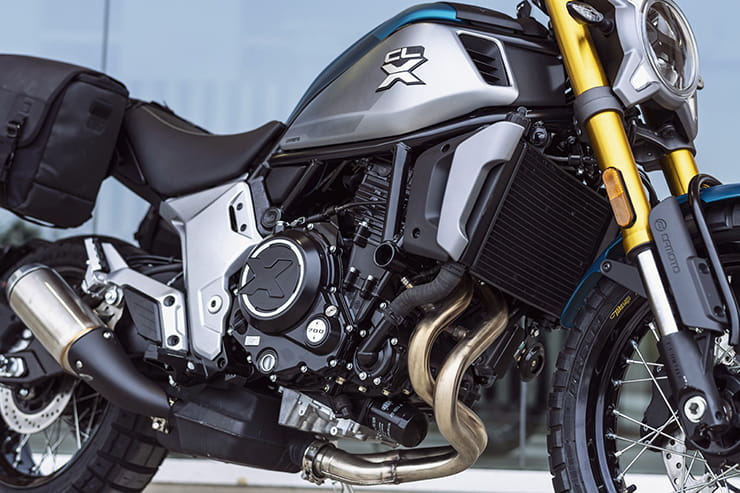 The Adventure version of the CFMoto 700CX-L has different forks to the others pictured, though its not clear if they give any increase in travel

There are three models shown in the press release; ‘Adventure’, ‘Sport’ and ‘Heritage’, and while the specs suggest the ground clearance and suspension is the same, the Adventure does appear to carry different forks to the other two. It’s also shown sporting Kriega Saddlebags and spoked wheels, as opposed to the aluminium rims of the Sport and Heritage. 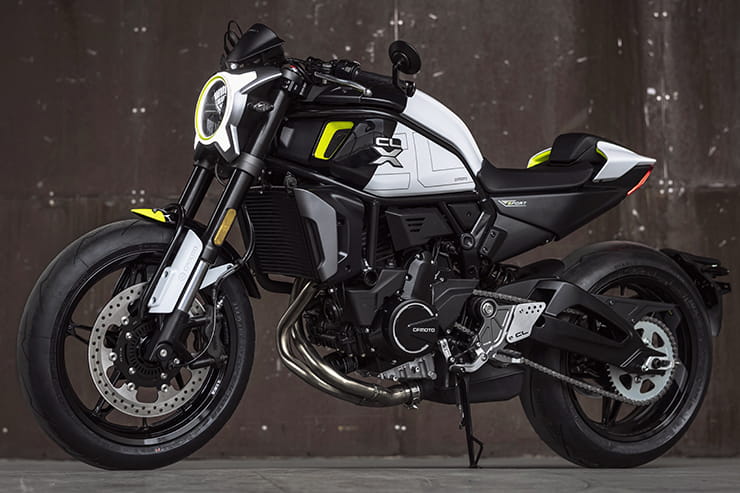 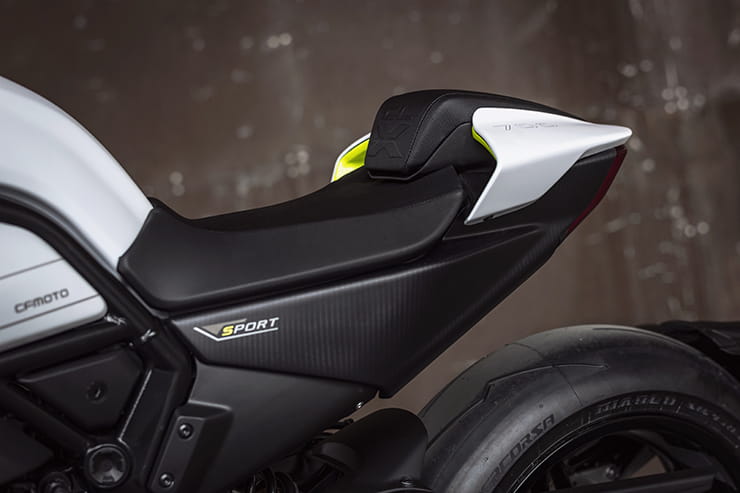 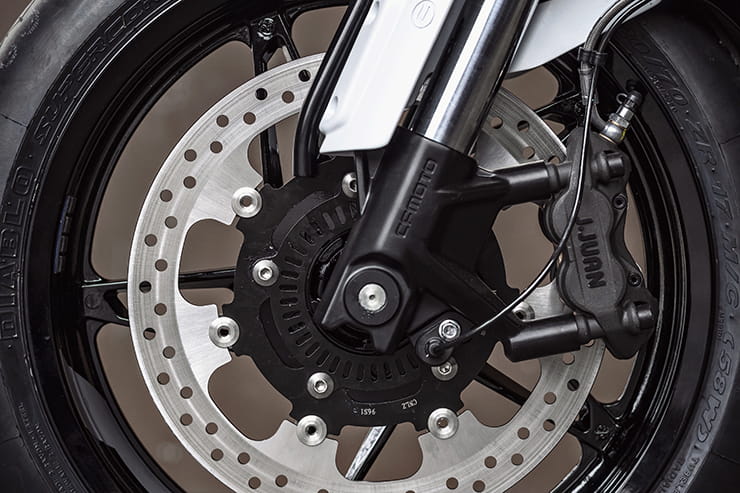 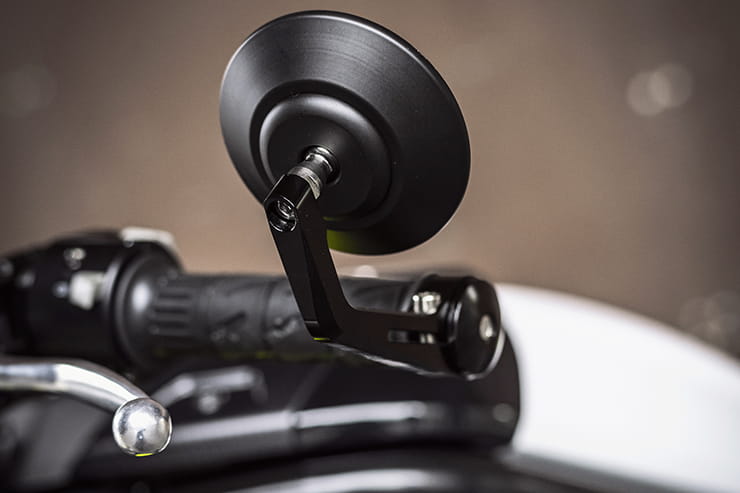 Shod in the Pirelli MT-60 tyres of the Ducati Scrambler, the 700CL-X Heritage bears a striking resemblance to the Yamaha XSR700, while the Sport model is shown with Pirelli Diablo Rosso Super Corsas and low, clip-on bars (though still with the same enduro-style pegs as the other two). It’s not yet clear whether these will be three separate models available for sale, or if they’re a demonstration of the customisation options available. 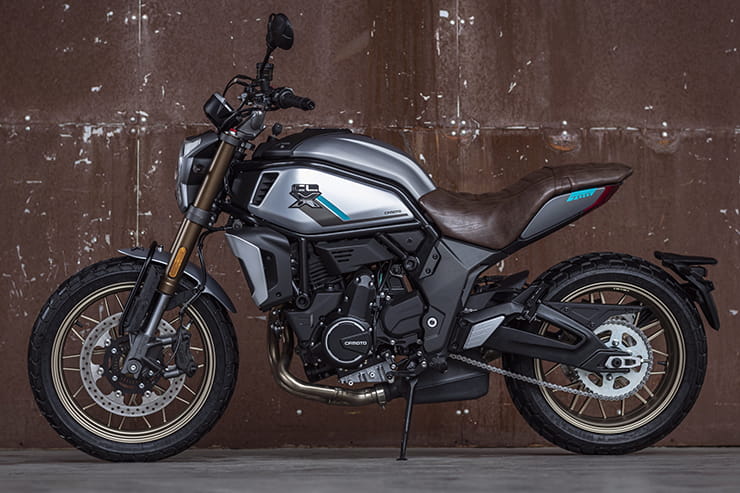 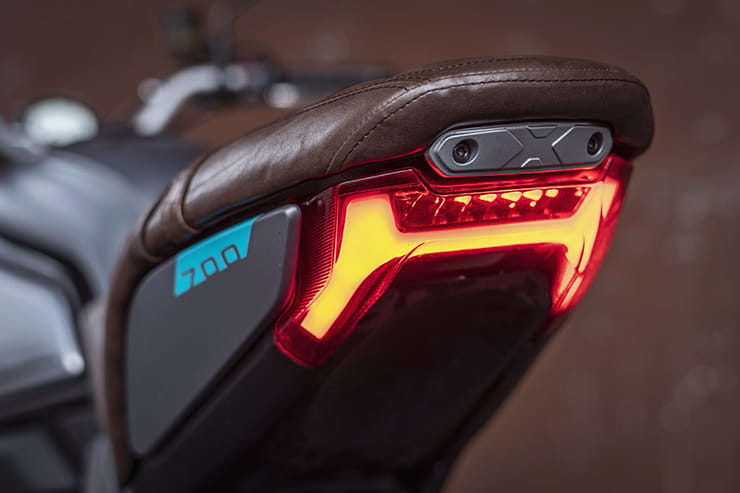 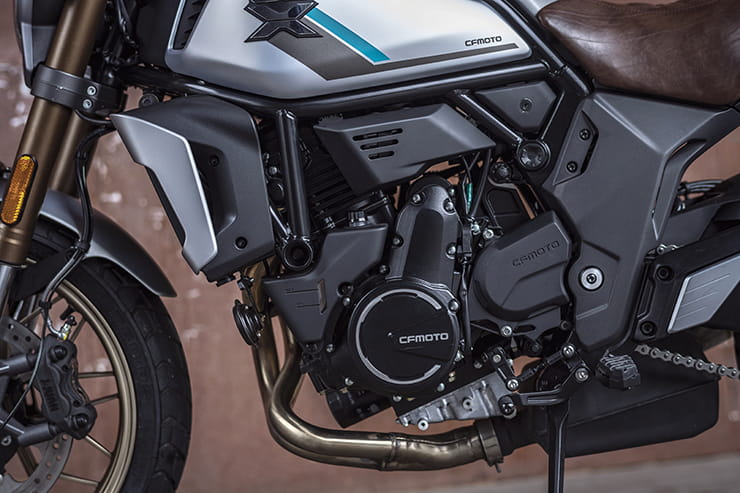 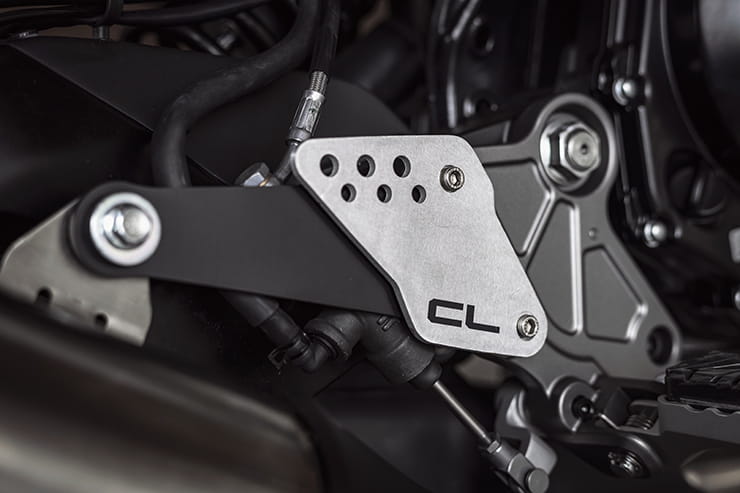 The engine is a 692.2cc parallel twin claimed to make 74bhp and 49lb-ft, with a slipper-clutch and easy-access air-filter behind the plastic panel on the right hand side. CFMoto says that ‘oil draining and refilling can also be easily done at home.’

Dry weight is claimed to be 183kg, so with its 13.5 litre tank full of fuel, as well as a battery and oil, we’d estimate the new CFMoto 700CL-X to weigh around 200kg ready to ride.

Price is to be announced, but we’ll be following with interest a bike that could challenge some of the established rivals if it performs as well as it promises…