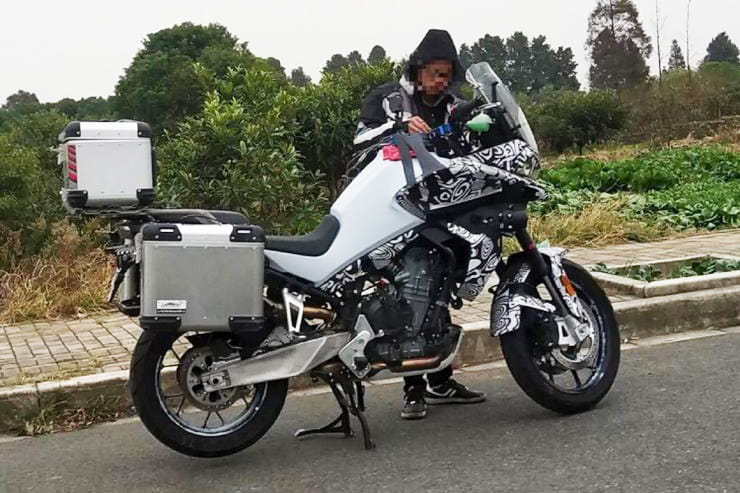 For several years the increasingly close ties between KTM and Chinese firm CFMoto have been pointing towards the launch of a range of CFMoto bikes using the Austrian company’s engines. That’s exactly what you can see in these pictures, which emerged recently on social media in China.

Interestingly, the CFMoto prototype here doesn’t use the older KTM V-twin engine that appeared in modified form in the company’s 2017 V.02-NK concept and which is promised to emerge in a future 1250cc touring bike. Instead it’s fitted with the LC8c parallel twin that’s used in the 790 Duke and 790 Adventure and, in enlarged 890cc form, in the new 890 Duke R.

It makes sense for CFMoto to adopt that engine, though. CFMoto already produces entire KTM models, sold under the jointly-owned KTMR2R brand in China, and has agreed to manufacture 790 Adventure and 790 Duke in a new factory to boost KTM’s production capacity later this year.

The CFMoto parallel twin prototype looks like it might have adopted KTM’s tubular steel frame as well as the engine, and it’s clear that the exhaust is taken straight from the Austrian bikes, too. However, the suspension is new, as is the styling.

Where KTM’s 790 Adventure has some fairly serious off-road intentions, the CFMoto is a more road-oriented model. The wheels are cast alloys rather than wires – in fact they look like they’re the 19-in front, 17-in rear rims from the KTM 1290 Super Adventure S.

In terms of looks, CFMoto’s recent offerings have been attractive machines, largely thanks to being styled by Kiska Design – another KTM link, since the same firm styles all KTM’s bikes and is part-owned by the Austrian company. The new adventure follows some of the same themes we’ve seen on other recent CFMotos, with large, flat surfaces and sharp edges. At the front, two horizontal headlights flank a central air intake just above the inevitable adventure bike ‘beak’.

KTM’s latest investor relations documents make specific mention of CFMoto’s deal with KTM. They confirm that CFMoto is KTM’s sole Chinese distributor and that a new joint venture manufacturing facility will open in June 2020. The same documents also say that KTM’s twin-cylinder platform will be ‘available for CFMoto and KTM products’. Specifically, the documents mention that the first product will be the ‘CFMoto MT800’, reaching production in September 2020. That is surely the machine seen here, so if all goes to schedule we should expect an official announcement of the new bike sometime in the middle of this year. 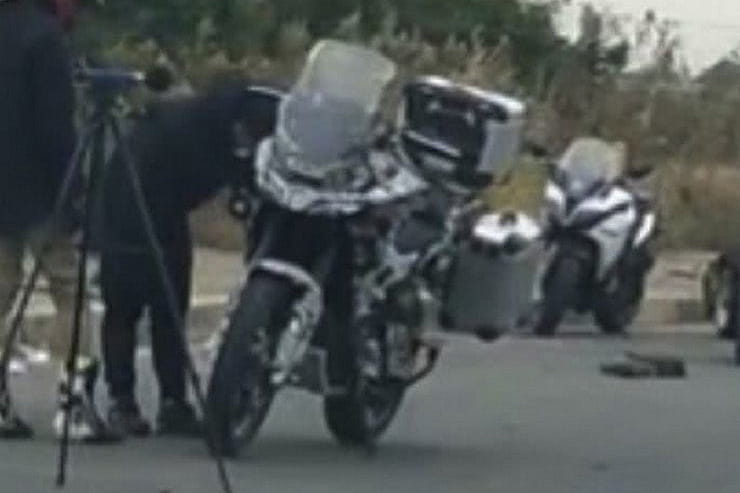