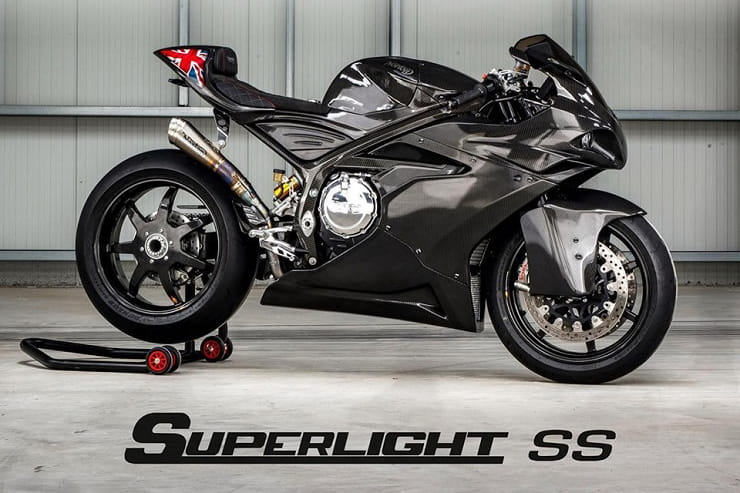 Shortly before falling into administration in January this year Norton made the ambitious announcement that it was to build a limited run of spectacular supercharged twins that would break new ground in terms of power-to-weight ratios.

The carbon-fibre-framed Superlight SS was the star of Norton’s show stand in November 2019 but the project was stymied just a couple of months later when the firm’s financial problems caught up with it. Now, after the subsequent takeover by Indian firm TVS, Norton has the backing it needs to turn some of its earlier promises into reality, and with luck that means the Superlight SS project will be back on track in the near future. 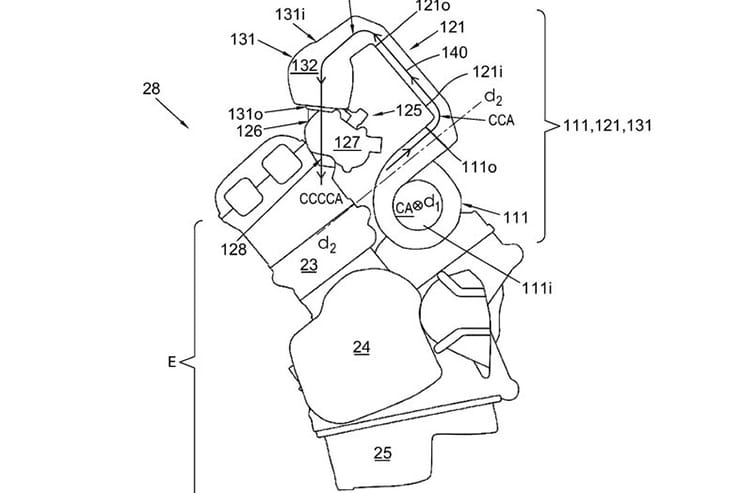 To recap, the Superlight SS is more than just a boosted version of the previously-unveiled Superlight, which has already been confirmed as part of Norton’s production plans under its new TVS management. The Superlight, first shown in 2018, uses a 105hp version of Norton’s new 650cc parallel twin engine, weighs a claimed 158kg dry and was originally promised to cost £19,950. In contrast, the Superlight SS was intended to cost twice as much, claimed an astounding 175hp from a supercharged version of the same engine and weighed a mere 153kg thanks to a carbon-fibre chassis, carbon single-sided swingarm and carbon wheels. 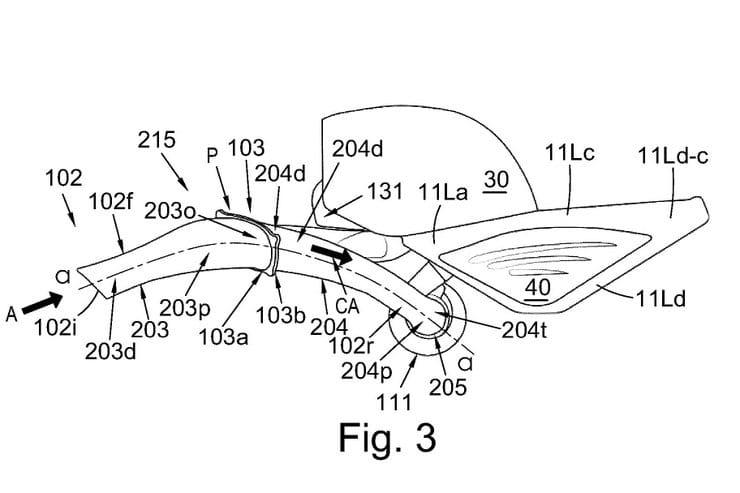 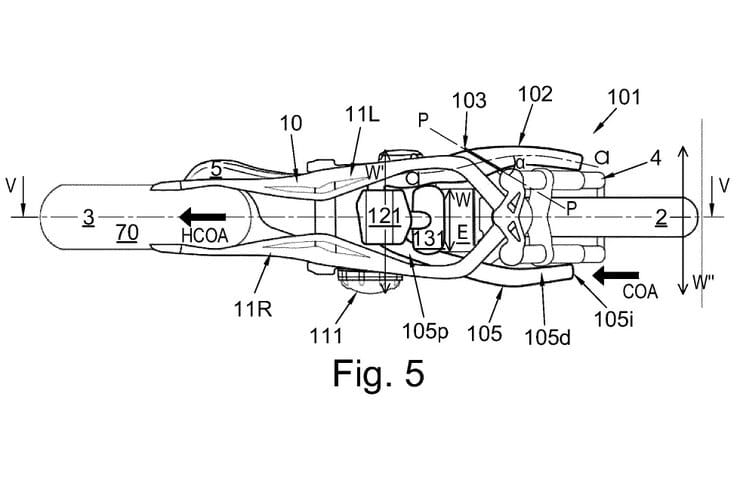 More details of the bike have now emerged courtesy of the only patent application we’ve ever seen from Norton – showing that the Superlight SS is more than a slapped-together showstopper from a company that was gasping for breath at the time it was revealed. In fact it’s the subject of some innovative engineering ideas that look well worth pursuing.

Most notably, the patent application shows the way the bike’s airflow works. It reveals that the two nose intakes – one next to each headlight – each serve a different task. The left hand one feeds air from the high pressure area at the bike’s nose into the supercharger itself, a Rotrex unit sited just behind the engine that compresses the intake air to 17psi before it’s fed into the engine.

As anyone who’s used a bicycle pump knows, compressing air creates heat. That’s always an issue with turbocharged or supercharged engines, as hot intake air is less dense and more likely to lead to detonation. Intercoolers – which cool the pressurised air before it reaches the engine’s intakes – are the solution. Norton fits an air-to-air intercooler between the supercharger and the intake plenum, and it’s the job of intake next to the right hand headlight to feed air to that intercooler. 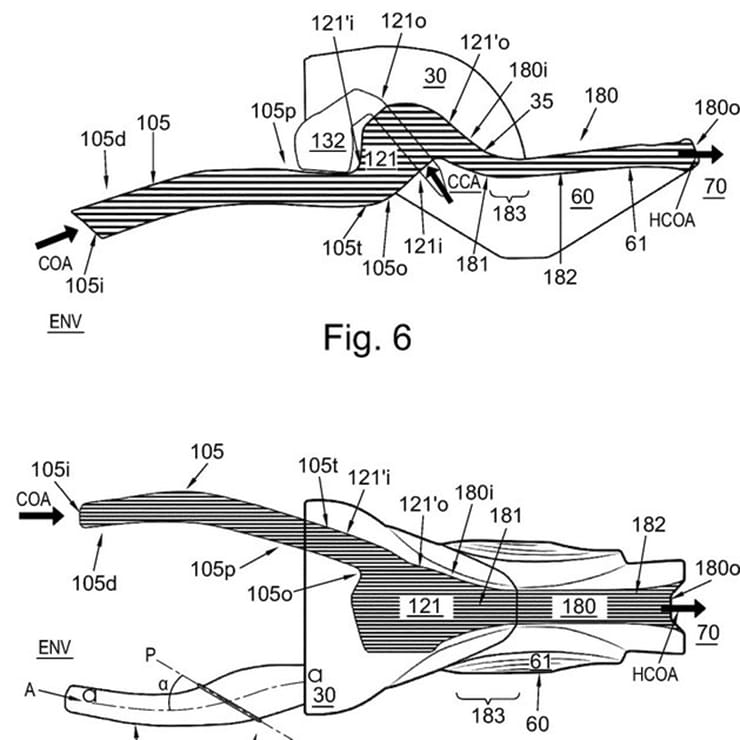 As well as taking advantage of the ram-air effect of the front intake to push fresh air through the intercooler the Norton’s design uses the low-pressure area below the bike’s upswept seat unit to pull the cooling air through it. To achieve that, the duct from the right hand side of the fairing runs first to the intercooler and then extends back to an exhaust vent under the seat. It’s the same thinking that’s been used on some of the few bikes to be made with under-seat radiators – notably the Britten V1000 and Benelli Tornado Tre, but since supercharged and intercooled motorcycles are so unusual we haven’t seen the approach used for intercoolers before.

While Norton’s initial priorities at the moment are to get the more mainstream versions of the 650cc twins into production – the Atlas Nomad, Atlas Ranger and the normally-aspirated, alloy-framed Superlight – the supercharged version makes a lot of sense as a follow-up to the bigger, heavier, 1200cc V4 SS and V4 RR. Modern emissions rules are making an increasing number of firms look towards superchargers and turbos, including Honda, Yamaha and Suzuki as well as Kawasaki, which already has a head-start with its supercharged H2 models. By taking the same route Norton could be in a good position to future-proof its model range. 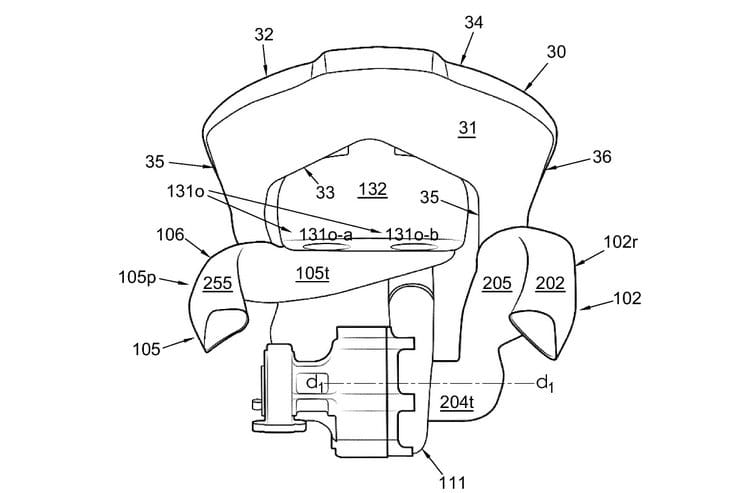