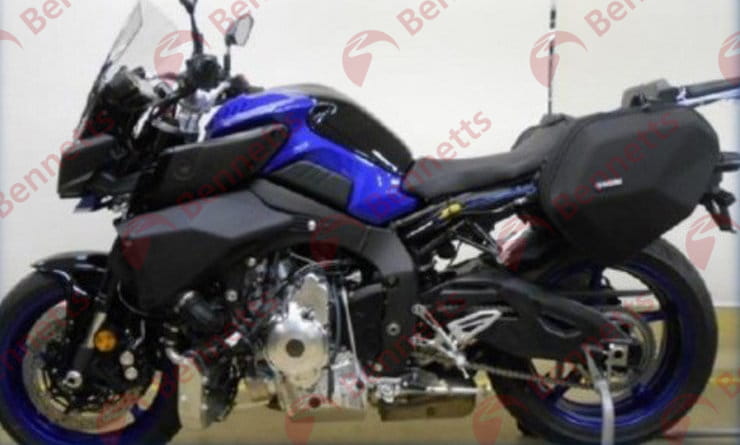 Yamaha has been putting development miles onto a turbocharged three-cylinder prototype that could shape the next generation of bikes developed to meet future emissions rules.

The firm has filed a patent application that shows the new prototype in detail, and revealed a single photograph of the bike at a technical conference explaining the company’s efforts to achieve the emissions levels expected to be required under future ‘Euro 6’ rules while simultaneously improving performance and riding fun. 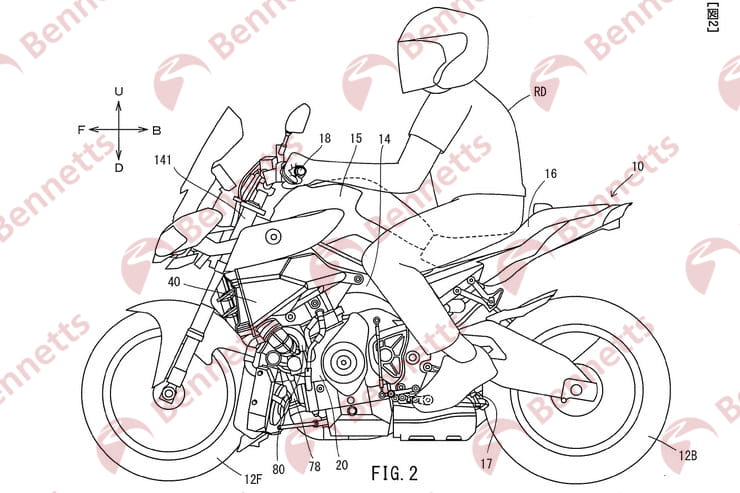 The prototype features an 847cc three-cylinder engine, but despite the familiar capacity and layout it’s not simply a boosted version of the MT-09’s triple. Where the old 847cc MT-09 featured a 78mm bore and 59.1mm stroke to achieve 847cc, the turbo prototype has a smaller 73mm bore and longer 67.5mm stroke to create a lower-revving, more torque-focussed motor. The turbo, blowing through an intercooler to reduce intake air temperature, hikes the peak power to a superbike-sized 180hp at a low 8500rpm while creating a vast plateaux of torque – creating a peak of around 130lbft that remains level all the way from 3000rpm to 7000rpm. 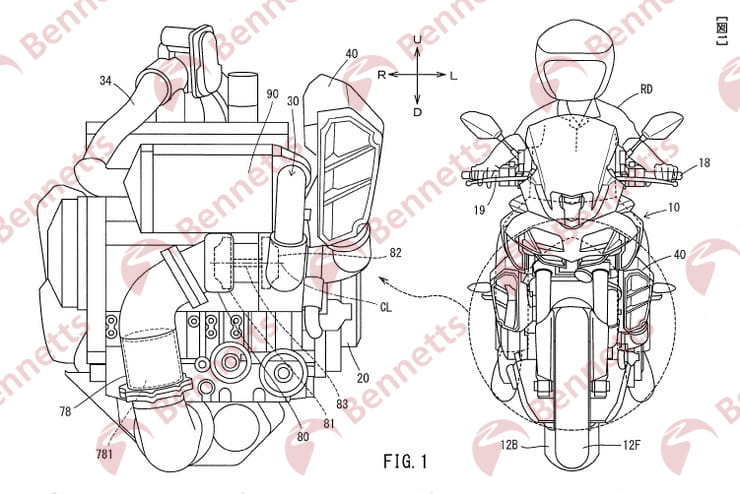 The turbo is just one of the prototype’s future technologies. The bike also uses direct fuel injection – firing fuel straight into the combustion chamber just before the spark plug ignites it to reduce the chance of unburnt fuel escaping into the exhaust – and variable valve timing for both the intake and exhaust valves.

These are technologies that are already familiar on cars and have long been edging towards motorcycles, but by applying them all at once, along with the turbo, Yamaha’s prototype makes huge leaps in terms of performance while drastically slashing emissions. CO2 output is around 30% lower than conventional, non-turbo engines with similar power or torque levels, while emissions of carbon monoxide, NOx, hydrocarbons and particulates are all well under half the levels required by the latest Euro 5 emissions standards. 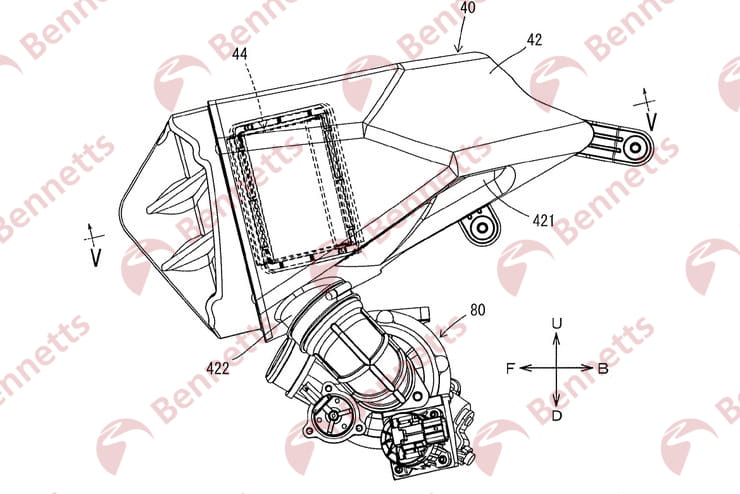 Turbo lag has also been battled during the prototype’s development, with the final version of the bike reaching 90% of its max torque within around a second of opening the throttle at 3000rpm.

The bike itself appears to use the chassis of an MT-10, sharing the same bike’s swingarm, suspension, wheels and brakes as well as its fuel tank and seat unit. With more than 50% more torque and a 12.5% increase in peak power, it promises significantly more performance than the MT-10, though, even though the prototype is around 20kg heavier than the MT-10 at 230kg.

It’s not likely that Yamaha will turn this initial prototype directly into a production model but it’s clear the firm has got faith in the technologies it uses, including the turbo, direct injection and variable valve timing. Last year the company also filed patents for a two-cylinder turbo bike, based on the MT-09’s triple with one cylinder lopped off to create a 565cc twin.

Suzuki is also developing a turbocharged twin at the moment, while Honda has patented designs for a supercharged version of the Africa Twin and of course Kawasaki already makes a range of supercharged ‘H2’ models – so forced-induction engines might finally be here to stay. 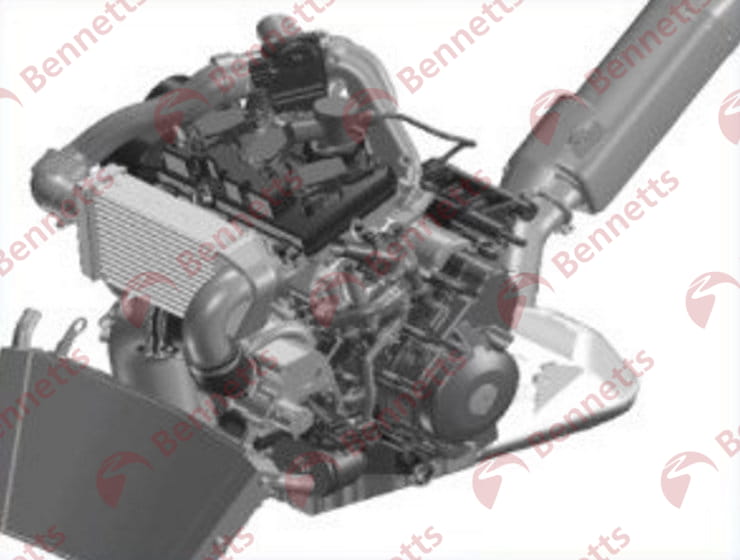