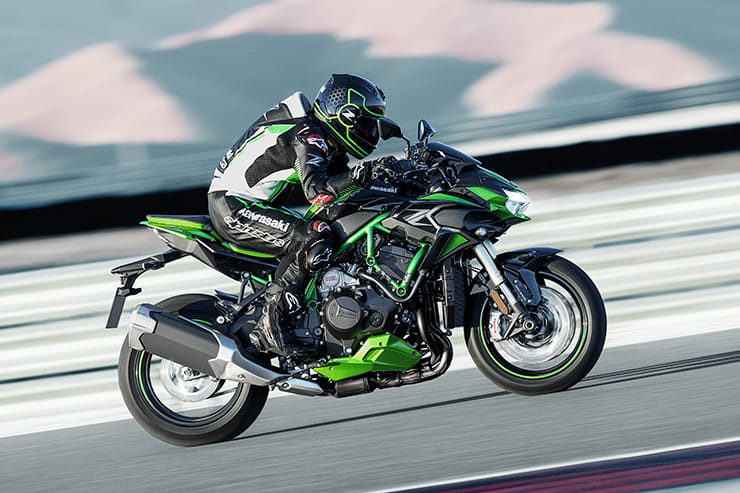 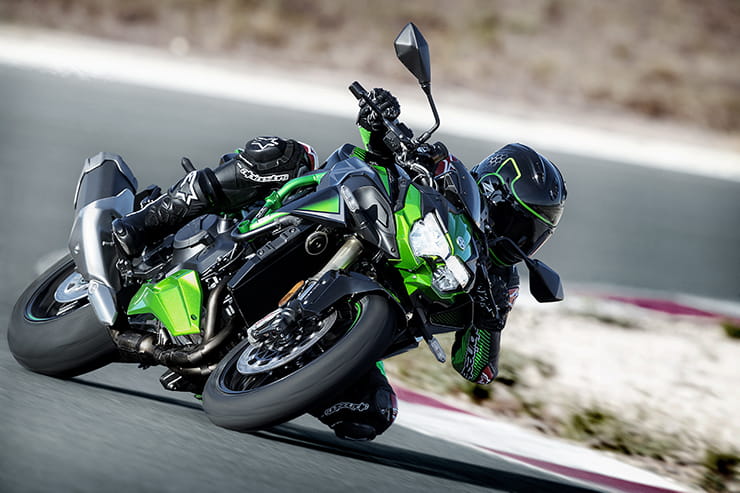 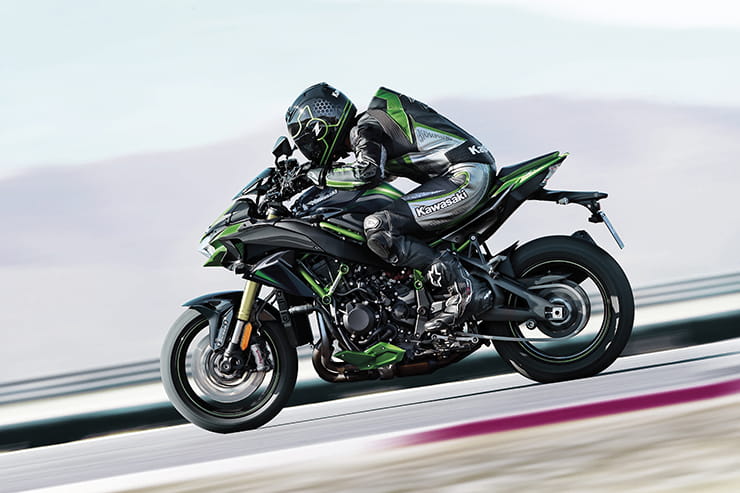 While we’ve seen plenty of indications that other firms are investigating their own force-induction bikes if you want a supercharged production bike right now, Kawasaki is your only option. And for 2021 the firm’s H2 range of boosted models is growing even further with the addition of the new Z H2 SE.

If you’re familiar with Kawasaki’s other ‘SE’ models you’re probably already getting an idea of what to expect from the new Z H2 version, as the firm has applied the same thinking that’s already used on bikes like the H2 SX SE, ZX-10R SE and Versys 1000 SE. 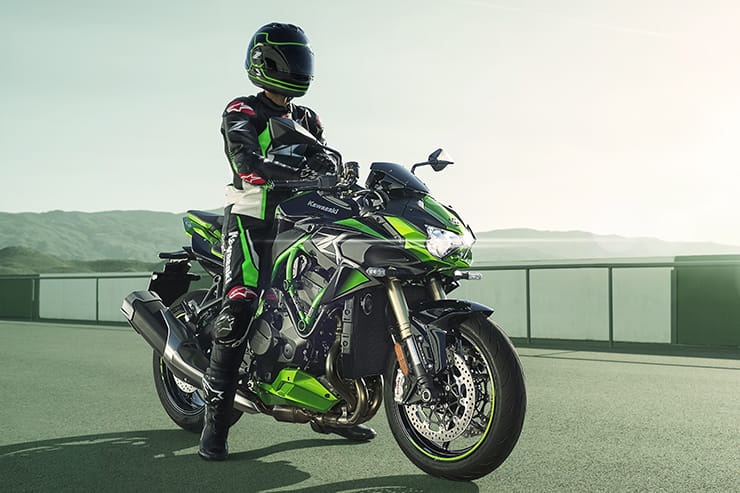 The basics of the bike are unchanged compared to the normal Z H2. That means a detuned version of the H2’s supercharged 998cc four, with a peak of 200PS (147.1kW) at 11,000rpm and 101lbft of torque at 8500rpm, a tubular steel frame and brutal, lopside styling with an exaggerated air intake on the left hand side to feed the supercharger mounted just behind the engine.

The big technical change that differentiates the Z H2 SE from its non-SE sibling is the addition of Showa ‘Skyhook’ semi-active suspension. It’s the same kit that was recently added to the SE version of the Versys 1000, and uses a computer to continuously tweak the damper settings in response to the bike’s movement in relation to an imaginary fixed point above it – the ‘Skyhook’ that gives the system its name. It’s a system that relies on the bike’s IMU to monitor vertical and pitching movements, while built-in  stroke sensors on the forks and shock measure the speed and distance that they move, feeding that information back to the control computer every millisecond. Combined with the IMU’s readings and information from the bike’s ABS system to tell if you’re braking and how hard the brakes are applied, the system decides how to adjust the damping.

Solenoids adjust the damping itself, allowing quicker response than semi-active suspension systems that use stepper motors instead, and the system is also tied in to the bike’s riding modes to change its response depending on whether you’ve selected Sport, Road, Rain or Rider mode. 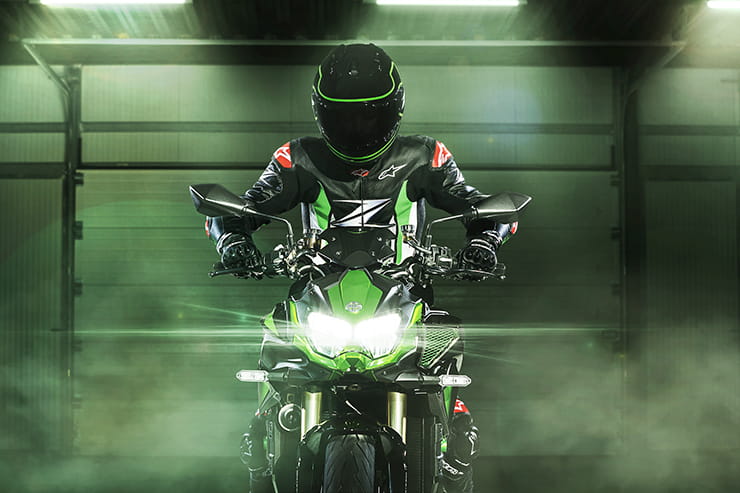 As well as the Skyhook suspension, the Z H2 SE gets improved Brembo brakes compared to the base model, with Stylema Monobloc calipers instead of the normal M4.32 units.

The Stylema stoppers are said to use less fluid than the M4.32s, resulting in more direct response to the brake lever’s movement, as well as being physically smaller and lighter and having improved cooling. A matching Brembo master cylinder and steel braided lines complete the improvements.

At 240kg wet, the Z H2 SE is 1kg heavier than the non-SE version – a pretty inconsequential difference in either percentage terms or real-world use – but it stands apart from the base model when it comes to paintwork. The SE comes only in the black-and-green combo seen in these pictures, with much more complex graphics than the simpler schemes seen on the existing Z H2.