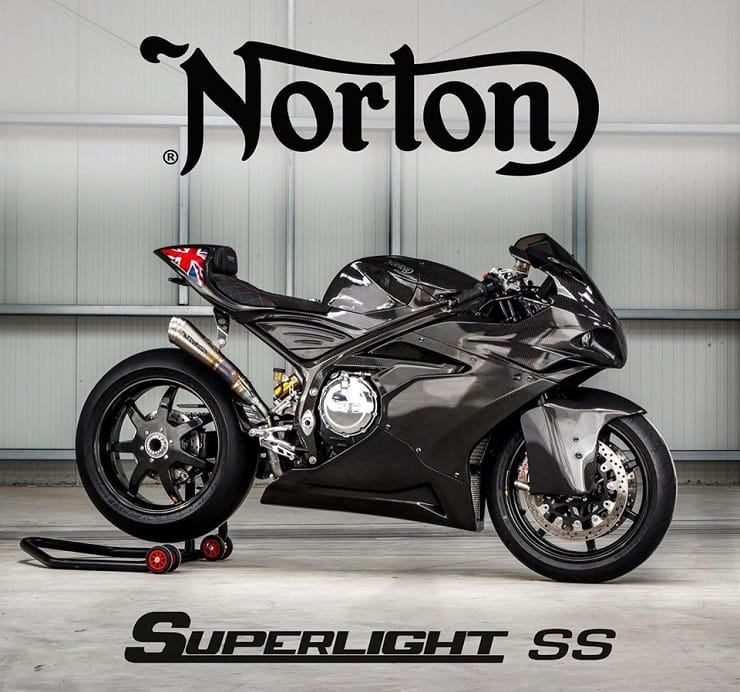 Norton showed its parallel twin Superlight – a 105hp, 158kg, 650cc twin – exactly a year ago and now the firm has added a carbon-framed, supercharged version of the bike to its armoury in the form of the Superlight SS.

The British firm has long promised that a supercharged derivative of its 650cc parallel twin engine, itself a spin-off from the 1200cc V4 used in the V4SS, is on the way. That’s apparently precisely what’s lurking under the Superlight SS’s carbon fairing. While there’s no mention of a power figure yet, something north of 150hp might be within reach if the boost levels are high enough.

To offset the additional weight of the supercharged, Norton has swapped the normal Superlight’s aluminium tube frame for a carbon-fibre chassis. The result is a dry weight of around 153kg, 5kg less than the stock Superlight.

At the moment, Norton is planning to make just 50 of the Superlight SS models. Meanwhile, the firm says that production of the non-supercharged version is now underway.

The firm has also put a planned crowdfunding campaign on hold. Originally started just days ago on crowdfunding site Crowdcube with the aim of raising £1 million from multiple small investments, the campaign has been stopped after a single individual investor came forward with the entire target amount. The aim is to use the money to help fulfil existing orders and to further grow the brand.