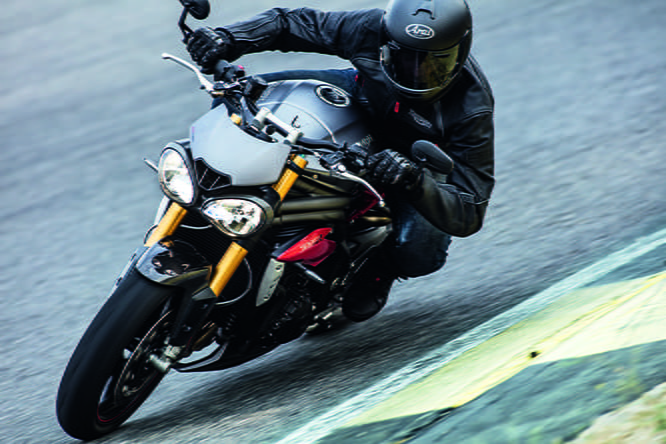 If you were hoping Triumph�s long-awaited new Speed Triple S and Speed Triple R were going to be 160bhp KTM Super Duke and Monster 1200R rivals, you may be disappointed.

But if you were waiting for an all-new Speed Triple with a new 1050cc engine, traction control, riding modes, a slipper clutch and sharper new styling then step this way. Triumph has just upped its game with the naked favourite.

Since its launch in 1994 as the first officially-built streetfighter, the Speed Triple has always been a good bike through all of its various iterations. Fast, fun, capable on back-roads. A good balance between power and handling for UK roads.

The new Speed Triple S and Speed Triple R get a new motor with improved torque and power across the rev-range, and five rider modes including a track mode. They both get selectable ABS, selectable traction-control, fully-adjustable suspension front and rear, and sharper styling to the seat unit which Triumph say was inspired by the Daytona 675. There�s also new radiator shrouds and exhausts. The S is available in either red or black. 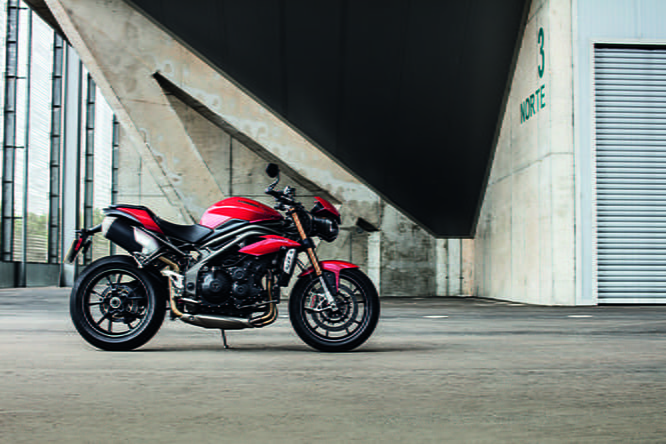 The first thing you�ll notice by looking at the pictures are the bike�s new headlights which feature daytime running lights. I can only imagine what the Speed Triple fans are going to think. The last time Triumph dared to change the Speed Triple�s iconic round headlights to the ones on the outgoing model, there was an outcry.

But the new Speed Triple still manages to keep that aggressive, Speed Triple haunch while moving the design on to match rivals like the Ducati Monster 1200 and KTM Super Duke.

I actually saw the new Speed Triple testing on the roads in the summer and it was instantly recognisable as a new model, but in a subtle way.

Although the highly-kitted Speed Triple S is now the base-model bike, the R gets even more kit. 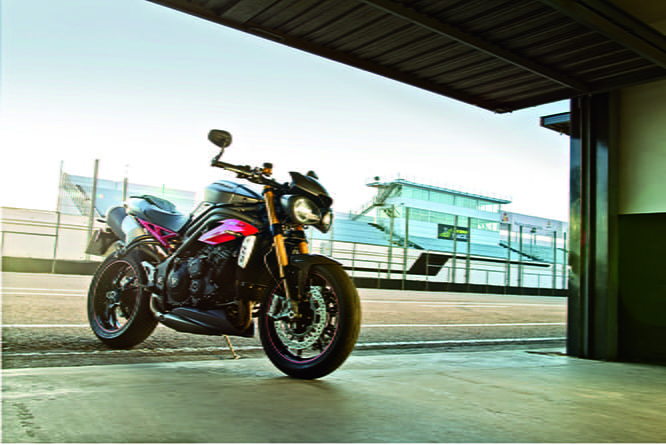 Other changes to the R-model include billet-machined handlebar clamps, risers, swingarm pivot covers, and rear wheel finishers. The R is available in white or matt graphite, with a red-painted subframe, and red stitching detail on the seat.

Tellingly, Triumph hasn�t revealed power and torque figures for the new engine. The outgoing model makes a claimed 133 bhp and 81.86ft-lb of torque so expect a bit more.

But there are claims that the new motor is 10 per cent more fuel efficient thanks to 104 changes to the 1050cc motor. Take from that what you will in terms of bhp.

There�s also a new free-flowing exhaust which gives 70 per cent increase in flow-rate, and a more efficient, and smaller, radiator. 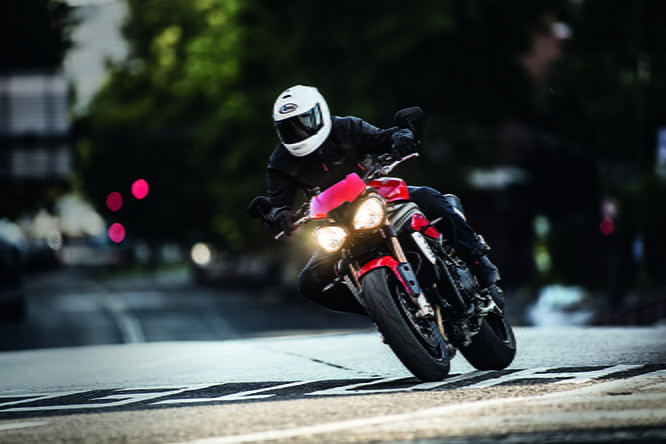 Bike Social will be in attendance at next week�s official unveiling at the EICMA Show in Milan to bring you more information when we get it.

What are your first impressions?