I’ve determined the best way to judge a bike; by the amount of time you spend smiling while riding it.  Yamaha’s MT-09 is a seriously good bit of kit and you can’t help but enjoy it, so based on the smile factor then Yamaha’s triple could well be our favourite bike of the year. 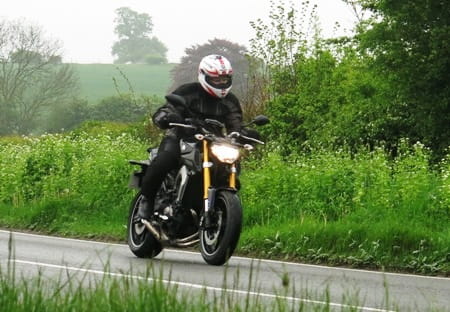 Yamaha's new naked motard-style bike comes equipped with an 850cc, 3-cylinder, liquid cooled, 115bhp (85 Nm in new money) motor and is light, agile and powerful; ideal for everyday riding conditions.  It weighs less than an R6 and the chassis holds everything together so perfectly, the low seating position allows you to grip the bike in a manner which can be described as; lower half super sport, upper half roadster…until you open the throttle when the sports rider position is forced upon you, primarily to shift some weight over the front wheel to stop unnecessary wheelieing. However, the adjustment also means you can no longer see the electronic display and therefore you have to guess your speed! 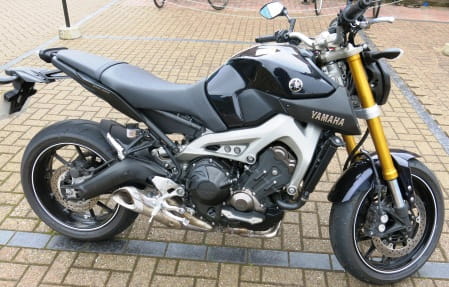 Handle the bike well and you’ll have the favour returned. Into and out of junctions or any kind of bend and you’ll find the extremely workable chassis a joy when it comes to turning in.  Light-weight with great agility and grip in the corner plus a hearty punch on acceleration gives you even more reason to smile.

We ran the non-ABS press fleet model for a couple of weeks and challenged her to a combination of motorway miles mixed in with country lane escapades and a bit of commuting too. The Yamaha performed admirably throughout, not that I was expecting much comfort from the motorway miles but even with the lack of wind protection the MT-09 was surprisingly comfortable and resulted in quite a neck workout. The exhaust note from the three-cylinder is a teenage boys’ dream – barky, aggressive and befitting of the bikes’ looks. I found myself slowing down on dual carriageways just so I could drop a gear and twist that throttle once again.  It made me happy. 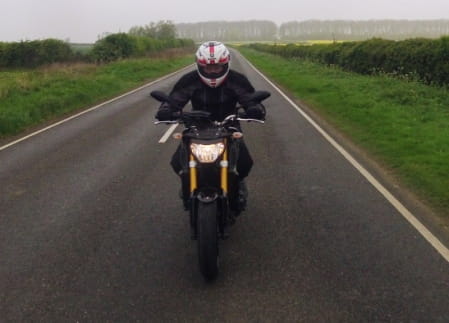 The clever Yamaha folk have made a fabulously-basic bike with low-key operating controls and equipped it with first class motor and riding position but then they’ve stuck a three-stage engine mode device thing on it, which is a little confusing.  Because it was created by the same engineers who were responsible for the R1 we can only assume they were behind this complication which is probably necessary for the 158bhp 1-litre sports bike but not with a naked bike which has so much torque in the standard engine mode. It doesn’t need a faster throttle response so leave the ‘A’ mode alone and let your right wrist to do what it’s supposed to do on a bike, searching for that feeling between control and wayward. The fly-by-wire throttle is sharp enough, be careful on your first ride and if that happens to be in the wet or in slow city traffic then stick it in ‘B’ mode until you’re used to it.

The 14 litre tank is slim enough to not spoil the aesthetic nature of the bike and will mean around 140 miles between fill-ups which was about right during our time with the bike. 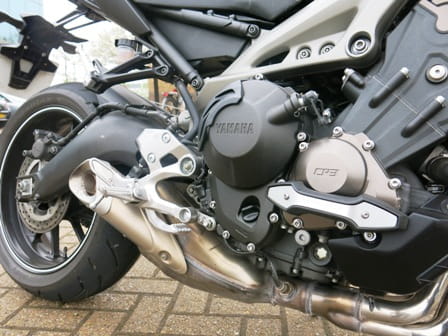 The MT-09 is a nimble, versatile and fun bike which is sensibly priced at £6,949 (non-ABS) and £7,349 (ABS) and available in four colours: Deep Armor (purple), Blazing Orange, Race Blu (Yamaha must have dropped the ‘e’ to save time) and Matt Grey.

We looked at potential competition from Triumph but because the 850cc MT-09 sits in between the 1050cc Speed Triple and 675cc Street Triple, we asked some Triumph-owning colleagues who’ve both ridden the MT-09 for their opinion:

Kev has owned a Speed Triple for two years and spent the day on an MT-09 when his Triumph went in for a service.

“It’s the most fun I’ve ever had on a bike!!!  You can’t really argue with the price either, I’m sure with some haggling you walk away with an MT-09 for close to £6.5k which is a lot of bike for the money.

Cracking triple engine which provides a lovely sounds that only encourages to take it up to those higher revs (ignore the hype about cross-plane technology, to me this is clearly a sales gimmick).

After riding this bike I was in a real quandary, do I trade in my 2010 Speed Triple for an MT-09? With similar performance figures despite the smaller engine and a massive improvement in handling against the relative slow speed triple the only reason I did not change was I have and still plan to take my speed on track days and I don’t think the MT-09 really belongs on the track.”

Paul worked for Triumph and has owned many Street Triples. He spent time on the MT-07 and 09 at a recent tyre launch in Seville.

“Having ridden and owned more Street Triples than I can remember, I was really looking forward to seeing what Yamaha’s MT-09 had to offer.

Yamaha’s marketing bods have never been shy to indulge in a bit of hyperbole and claims that the MT-09 is a ‘whole new concept in sport bike design’ need to be taken with a pinch of salt. The three cylinder configuration and £7,000 price point draw a natural comparison to Triumph’s best seller and the riding experience of the two is remarkably similar.

I loved riding the MT-09. My advice though is to try both and whichever you choose, you’re in for a treat. Personally, my heart lies with the Triumph. I prefer its looks and it just feels that bit more engaging and soulful. It’s a close call, but in the end the MT-09’s woolly throttle connection and low speed snatchiness bugs me a bit too much.” 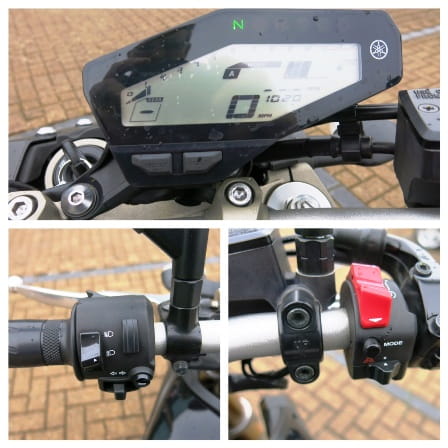 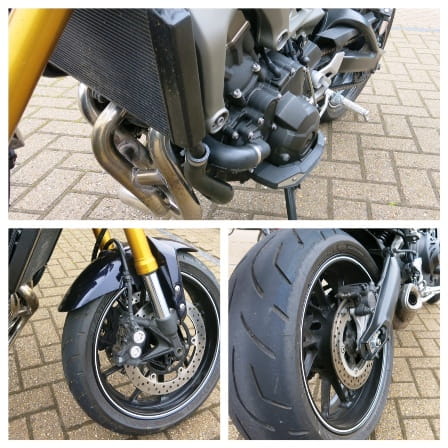