BMW Motorrad have confirmed the prices for four of their five brand new 2015 models, three of which will be available in dealerships following a launch event on Saturday 7th and Sunday 8th February.

During the launch weekend BMW promise food, drink, entertainment and guest speakers. Those interested in test rides are encouraged to pre-register with their local dealership.

The F800R, R1200R and S1000RR models will be available from the beginning of next month and we’ve already ridden the larger two bikes so click on the above links to read our first reviews.

BMW are being a little more secretive over the R1200RS even though it was unveiled back in September at the Cologne Motorcycle Show. Its price has yet to be confirmed although we expect this to be rectified very soon. What we do know is the model will be making its UK debut in May. The sports-tourer is expected to use the same motor as the R1200RT and R1200GS but with more low-down torque. BMW have also confirmed the RS will be equipped with Electronically Adjustable Suspension (ESA), traction control, and ABS, the bike also gets riding modes which adjust the settings depending on rider preferences. 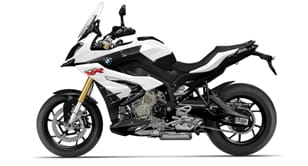 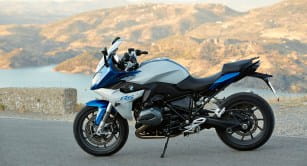 The 160bhp sports-based adventure model, S1000XR, is not due in UK dealerships until the summer say BMW. We expect that to be June. The base model features ABS, Automatic Stability Control and riding modes will the Sport model adds Dynamic Traction Control, Gear Shift Assist, additional riding modes, cruise control and heated grips among others. Features on  top-of-the-range Sport SE include Dynamic ESA, Centre Stand, Pannier Fastenings and GPS preparation.

We caught up with the guy in charge of the XR project, click here to read the interview.

These are the prices and availability of the new bikes in the BMW range for 2015: