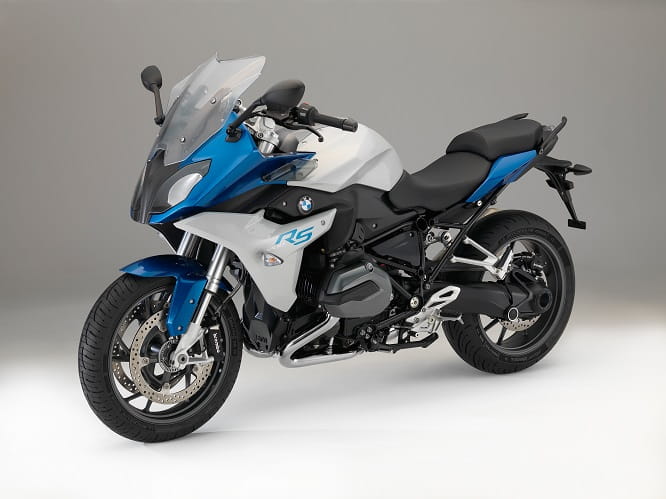 Far from living up to its acronym (‘RS’ – get it?) BMW’s new 2015 R1200RS could be the perfect motorcycle for UK roads – fast, comfortable and with decent handling.

The new 2015 BMW R1200RS is launched today at the Cologne Motorcycle Show and features all the best parts of the adventure-style R1200GS, like its semi-liquid-cooled 1170cc flat-twin engine, but with sportier handling a sportier riding position and stiffer suspension, with steeper steering geometry.

The GS has a 64.5 degree head angle for instance, compared to the RS’ head angle of 62.3 degrees. Expect it to be a quick turner, but BMW have also fitted a steering damper to dampen any unwanted instability on bumpy roads. The wheelbase is 1530mm, some 23mm longer than the GS at 1507mm. 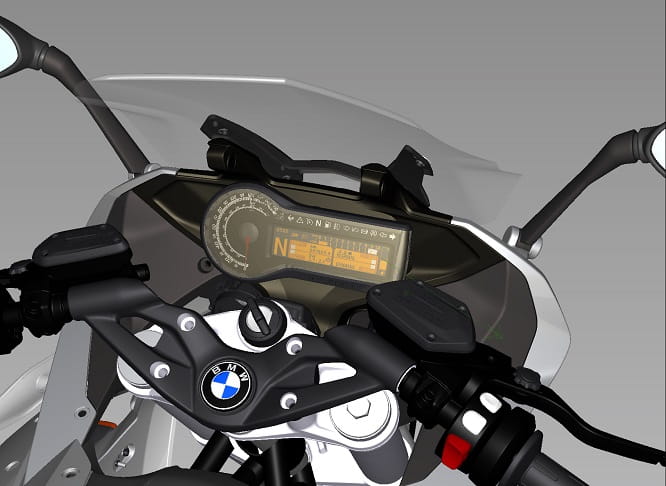 The legendary BMW RS name started in 1976 with the R100RS. That badge has always stood for rapid performance and sporty handling, with the ability to cover ground in comfort. In many ways, the RS was the original sports tourer. It was dropped in 2005 as the R1150RS, which evolved into the R1200ST between 2005 and 2007. But that name is back and the sporty relationship to the firm’s top-flight and updated 199bhp BMW S1000RR is obvious from those dual headlights, and pointy nosecone.

The new RS features the same basic motor as the BMW R1200RT and R1200GS but with even more low-down torque. Its final output though is the same as the GS with 92ft-lb and 125bhp. 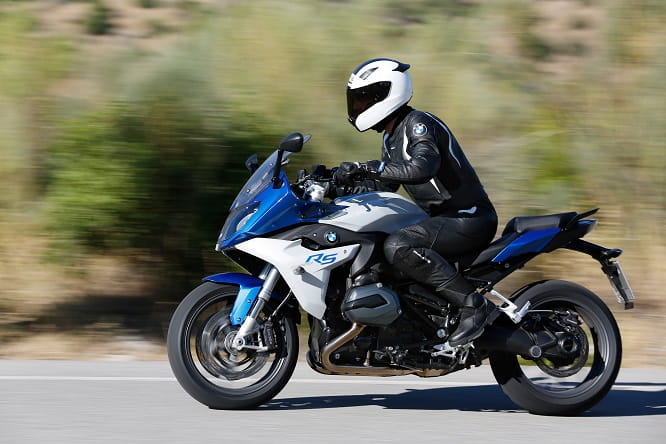 BMW say: “Whether darting along country roads, revelling in its dynamic performance with a passenger on board or going on a long touring holiday – the new R 1200 RS takes sports touring to a whole new and truly thrilling level.”

As well as Electronically Adjustable Suspension (ESA), traction control, and ABS, the bike also gets riding modes which adjust the settings depending on rider preferences.

You get Road mode, and Rain mode as standard, and an optional extra allows a dynamic setting for fast riding where there’s less ABS and traction control intervention. With this option, the rider can also set his own preference from the array of options from throttle response to level of traction control. 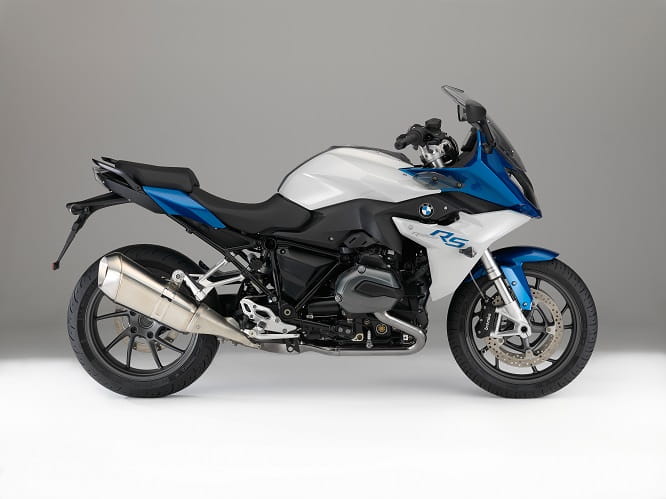 Another cool idea that’s taken from the 2014 R1200RT is the gear assist system which means once you’ve let the clutch out you can do clutchless upshifts and downshifts. The system even blips on the down change to smooth out the gearshift. We’ve used it on the RT and it’s superb.

The RS will be available in a blue and white paint scheme as seen here, or a more sedate grey colour scheme. No prices are yet available, but you can see them first at Motorcycle Live.

Click here to check out the rest of BMW's new model range!