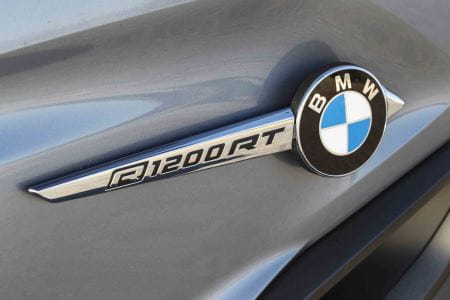 Believe it or not, BMW’s boxer engined RT model has been around in some shape or form for over 35 years now. Although it has changed quite considerably from the slightly spindly 1978 model to its current full-dress facade, the basics of what make it such an enduring machine remain the same. With the RT what you see is what you get – a full dress tourer that isn’t quite as big and bulky as some of the competition. For 2014 BMW have given it an update that as well as a new motor improves, also its gadgetry appeal.

Alongside the new Adventure, the RT gains the GS’s partially water-cooled boxer engine but adds a heavier flywheel and alternator to make the motor smoother while the fairing is new, riding position slightly altered and electrics thoroughly updated. The adoption of ride by wire means the RT now has fuel modes alongside traction control, ABS, cruise control, dynamic suspension and two new gadgets – hill start and gear shift assist. Naturally most of these are bolt-ons that cost a few quid more, but most owners are sure to spec up their bike.

Last year the RT was on of the best selling tourers on the market, however according to BMW owners did start to request a bit more power, hence the introduction of the latest generation of boxer engine. Although it sits in a new chassis, the great news for RT fans is that these changes haven’t made a dramatic difference to the bike. This is in no way a bad thing; it is a very good thing indeed. 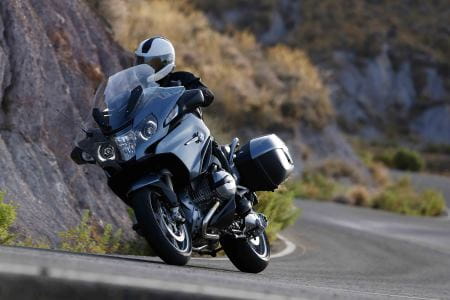 The RT still feels as balanced and deceptively light (when you are riding the bike it is hard to imagine it weighs 274kg) as before, however the changes make it feel fresher and pokier without going over the top. The motor is just like the old boxer engine, but with about 10% of everything everywhere. The power and torque are improved but more importantly so is the smoothness, throttle response, gear change action and ride quality. It’s like a very tired RT has received a thorough service and feels fresh and ready for action again. But what of the new gadgets?

The gear shift assist sounds all very exciting, but in reality isn’t too much to write home about. Changing up a gear without using a clutch is no hardship minus the quickshifter fitted, however the downshift assist did sometimes prove its worth. On a down shift, when the throttle is closed, the BMW automatically blips the revs very quickly before the next ratio is selected. When you are rolling into a bend and want to use a bit more engine braking the gear is selected very smoothly, however for general road riding I didn’t find it that useful. That said, maybe riders who own the bike will see more of its benefits than me. The hill start assist, however, is excellent.

It a very basic concept (and I think a few vans have this) but when you stop and the engine is running, a further squeeze of the front brake lever means the hill start automatically applies the rear brake, holding you in place. Let the clutch out and it disengages and you can pull away merrily. For a bike such as an RT where pillions and luggage mean that stopping and fumbling for change at toll booths or inclines can result in a silly spill, it is a brilliant addition. Hill start is one of those things you use and wonder for the rest of the day why on earth no one has ever fitted it before! 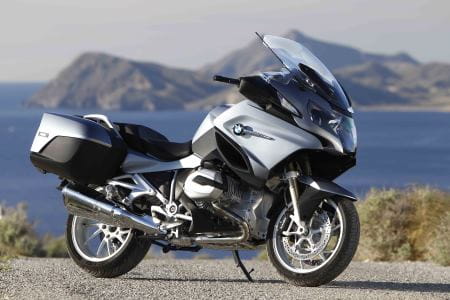 Fans of the RT, and there is something of an army of them, will be very glad to hear that the 2014 bike is exactly what they requested – an RT only a bit better in every aspect. It handles a bit better, goes a bit better and is a bit more comfortable than before without losing the spirit and feel that makes an RT an RT. If you haven’t tried the RT and are wondering what all the fuss is about, give this bike a go. It’s the kind of machine that can turn your ride from solo weekend blasts to two-up tours and will easily convert a non-biking pillion into a fan due to its comfort levels.

Insure your bikes with Bennetts Multi Bike Insurance. Or, to comment on this article  or !