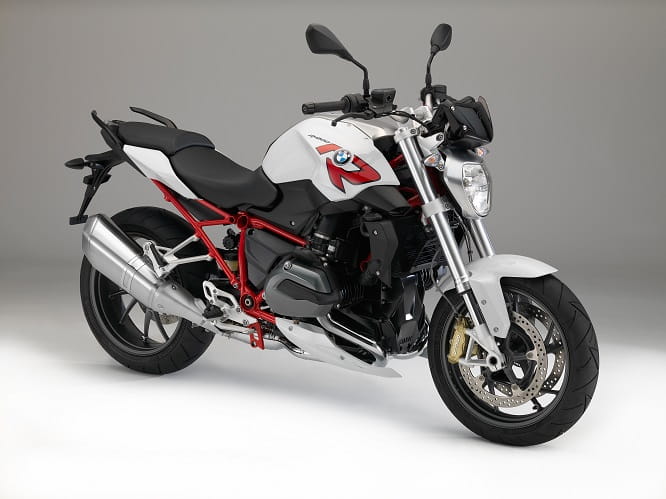 BMW is back with a new R1200R and a slightly fresher, younger style about the bike as well as a punchy 125bhp motor.

We say slightly younger style because despite sharing some aesthetics with the hardcore R Concept Roadster revealed earlier this year, the production R1200R is a million miles away from the R Concept Roadster in terms of coolness and attitude. Bare with it though because the retro-styled BMW RnineT makes 15bhp less than this R version, is a fantastic and surprising hoonigan, so this could be too. Hopefully they’ll let us ride it soon… 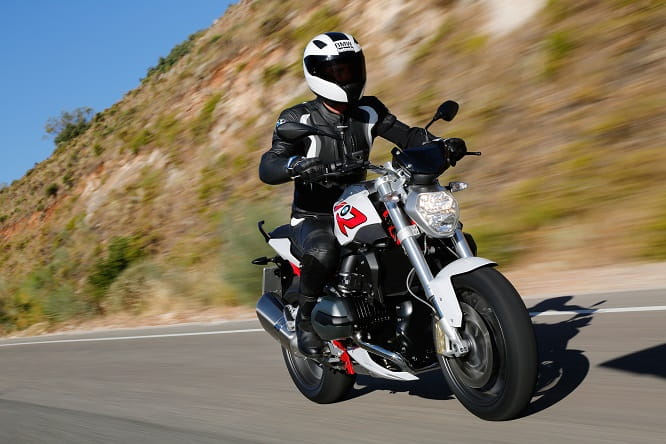 What BMW have done is managed to give the new R1200R a slightly more youthful vibe with conventional upside down forks in place of the usual BMW set-up, and a racy red and white paint scheme. The old bike definitely had a whiff of slippers, cardigans and foot stools about it, whereas this looks more aggressive in its stance. Interesting too that BMW have taken the lead they made with the RnineT and kept conventional forks on this bike, as per the RnineT.

First to get hold of one and make it actually look  like the Concept Roadster wins a prize, especially if you manage to machine a tail unit from a solid piece of aluminium, like the concept bike.

The new R1200R uses the new liquid-cooled 1170cc motor from the R1200GS with 125bhp and 92ft-lb of torque, so it should certainly have the performance to back-up its more youthful appearance. 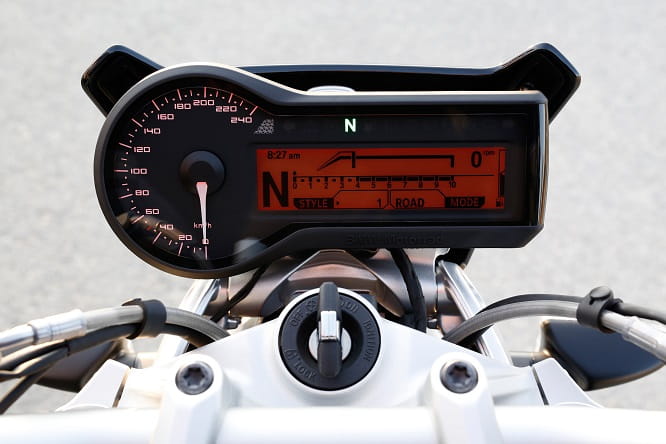 The chassis is all-new and features a single-sided shaft drive rear-end mounted to an optional electronic suspension set-up which adjusts the damping for different riding styles, and weights of rider. There’s gold Brembo brakes with ABS up front, and traction control too, along with adjustable riding modes for rain and road.

As well as this white version with a red frame, there’s also a blue bike, and a more traditional grey bike with grey frame for the traditionalist. The bikes will be seen at the Motorcycle Live show, and in dealers next year. No price has yet been set.

Click here to check out the rest of BMW's new model range!