Once was a time when the most popular first big bikes were sporty, fully-faired, 600cc supersports with naked, roadsters versions being virtually non-existent. Not anymore. Today, one of the most active and competitive motorcycle classes of all is for the middleweight naked. With machines ranging from the affordable and versatile Suzuki SV650 V-twin right up to true sporting exotica such as KTM’s new Duke 890 there’s a middleweight naked for everyone. What’s more, with a host of new machinery recently released from the likes of Triumph, Ducati and Yamaha there’s now more to choose from than ever, too.

But that plethora of options also makes your buying decisions more difficult than ever as well. With V-twins, parallel twins, triples and fours available from under six-and-a-half grand to over 10 there’s a baffling variety of options and abilities out there. So, to help you choose, here’s our pick of the current best, in ascending price order… 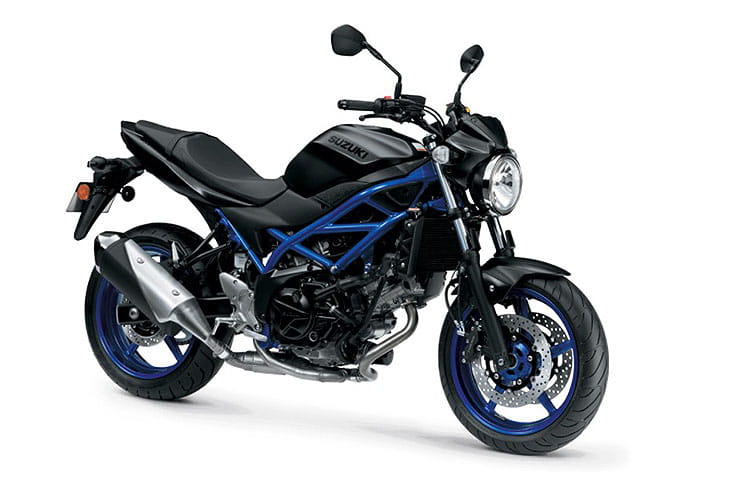 The long-lived and hugely popular Suzuki SV is the bike that kick-started the middleweight naked class when first launched way back in 1999. A simple but sweet-handling roadster (a half-faired S version was originally available as well) it was powered by a perky and flexible 69bhp 645cc V-twin. The result was an honest, affordable yet rewarding bike that was great for novices. Numerous reincarnations since led to a reintroduced SV in 2016, which has also been updated to be Euro5 compliant for 2021. The basic layout and appeal remain but despite updated looks and revised 72bhp motor, it now seems a little dated. Still great value, though. 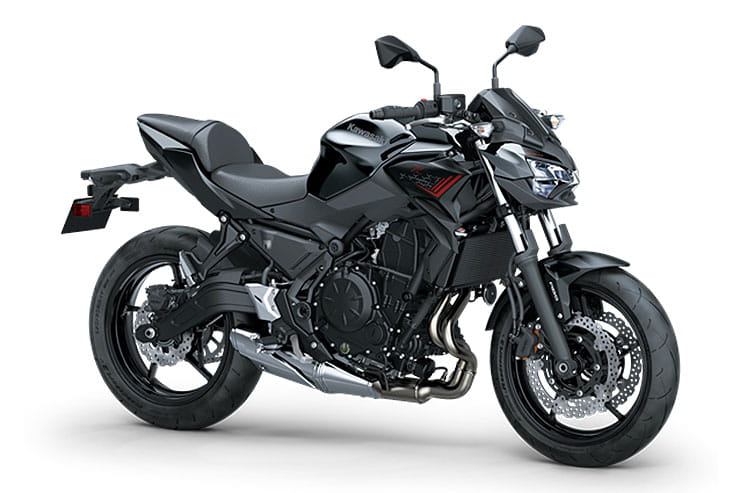 Like the SV, the Kawasaki Z650 has a long and popular lineage. Born as the ER-6n in 2005 clever design with an eye on costs produced an easy-to-ride yet invigorating middleweight that was a close rival for the Suzuki. A reinvention in 2017 saw a switch to the historic Zed name and trellis frame inspired by that of the supercharged H2 hyperbike. While another update for Euro5 in 2020 saw anther appealing styling tweak and the addition of a new, colour TFT dash. The result is more modern than the SV, is one of the most stylish, and best finished of budget middleweights, its ‘cuter’ dimensions suit smaller or more novice riders, yet it also has enough big bike feel and thrill. 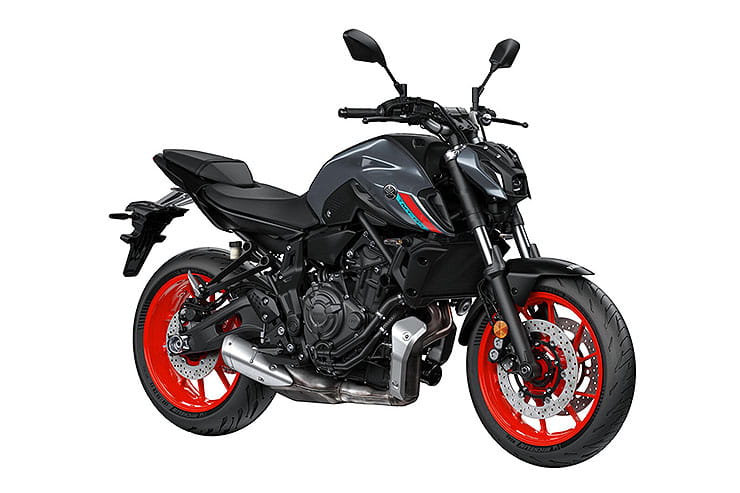 Motorcycling got a shot in the arm when Yamaha began introducing its modular, budget-priced MT range from 2013 and its mid-range, 689cc, twin cylinder version (there’s also the original 847cc MT-09 triple plus a single) has proved a deserved Europe-wide hit for its lively performance yet unintimidating manners. After being updated in 2017, like many it received another significant update for 2017 prompted by Euro5. Power is down a touch from 74 to 72.3bhp as a result (not that you’ll notice and the MT is still the ‘bounciest’ bike in the class) while it’s also been restyled to include new LED lights, given bigger brakes and a new ‘reverse LCD’ dash. More modern than the Suzuki and livelier and more nimble than the Kawasaki it’s still the lightweight, budget middleweight to beat. 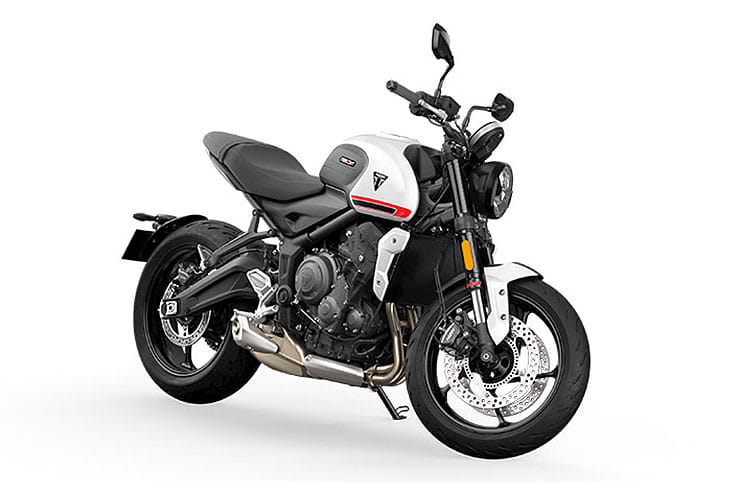 Another newcomer for 2021 in what is quickly shaping up to be one of the most hotly contested classes of all and, by all accounts, one of the best. The all-new Trident is aimed squarely at budget-priced, entry-level middleweight roadsters such as Yamaha’s best-selling MT-07, yet is doing it in typical Triumph style. Its all-new 660cc triple produces a competitive, characterful 80bhp, it’s a brilliant handler, is, like the MT-07, easy to ride but also engaging and exciting when you want it to be. Best of all, though, the new Trident is also temptingly affordable yet somehow manages to be just that without it being obvious that any corners have been cut (although, on closer inspection, you’ll notice that the suspension is mostly unadjustable and the brakes are fairly basic two-piston Nissins). Simply, the Trident is one of the most exciting and mouth-watering additions to the class in many years. 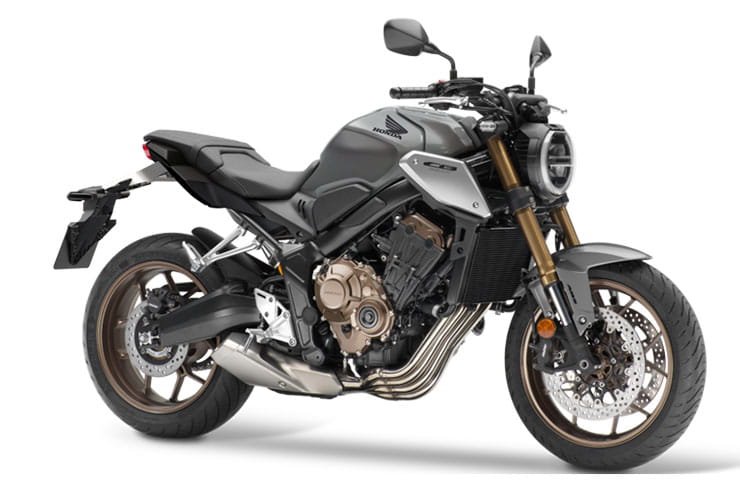 The first of the transverse (or across-the-frame) four-cylinder machines here. Honda’s CB is overlooked more than most in this category but is stylish, meaty and impressive value. Originally launched as the CB650F in 2014, with 86bhp it was a little softer and novice-friendly than the riotous Hornet it succeeded but was still handsome, competent and, for bigger riders, more substantial than rival 650 twins. Updated in 2017 it got a touch more Hornet spirit by way of four extra bhp and more youthful look and was refreshed again for 2020 becoming the CB650R, with tweaks for Euro5 and stripped down ‘Neo Café’ styling to match the CB1000R, CB300R and CB125R. It may lack any particularly compelling features but the 95bhp CB is perfectly able, refined, versatile, has a touch of Honda class and, for a four, is good value. 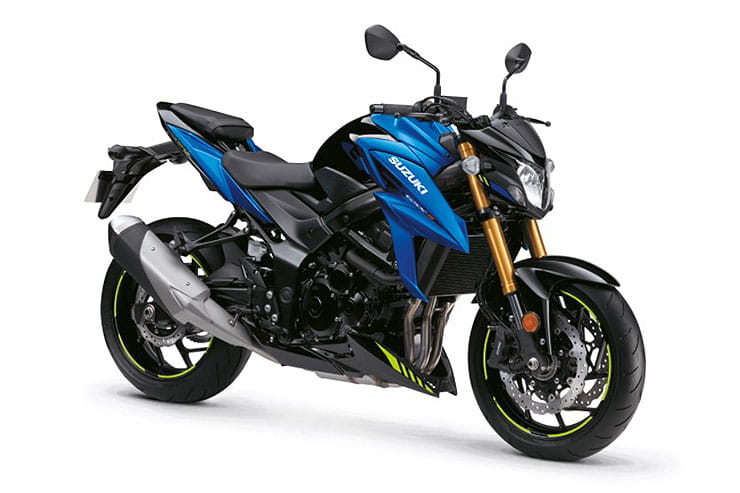 Another rebranded, updated model. Originally called the GSR750, Suzuki’s 750 fills a neat niche in this category in being a full 750 four – as based on an older, detuned GSX-R750 motor – yet still at a decent, budget-orientated price. Although hardly cutting edge, with fairly basic, non-adjustable suspension and without the latest features and electronic rider aids, with a healthy 112bhp, radial brakes and an LCD dash, the GSX-S is a more than decent, well-proportioned and well-priced roadster with enough performance to satisfy. 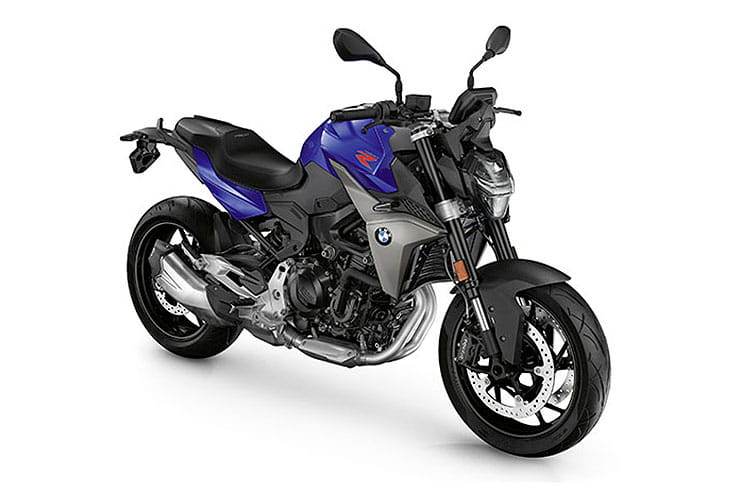 New for 2020, the 900R is BMW’s enlarged, face-lifted and updated replacement for the old F800R. As such it’s part of the German firm’s middleweight twin family, alongside the F850GS adventure and F900XR adventure sport. And while the R roadster may be the less celebrated and dynamic of that trio, with a useful 103bhp, neutral, easy handling, and enviable badge and long list of optional equipment it has a classy, if slightly conservative, style many others in this class can’t match. The 900R may lack the versatility of the faired XR, the punchy performance of Yamaha’s MT (especially the 900cc version) or the bargain basement price of the Suzuki SV, but it’s a classy, all-round buy. 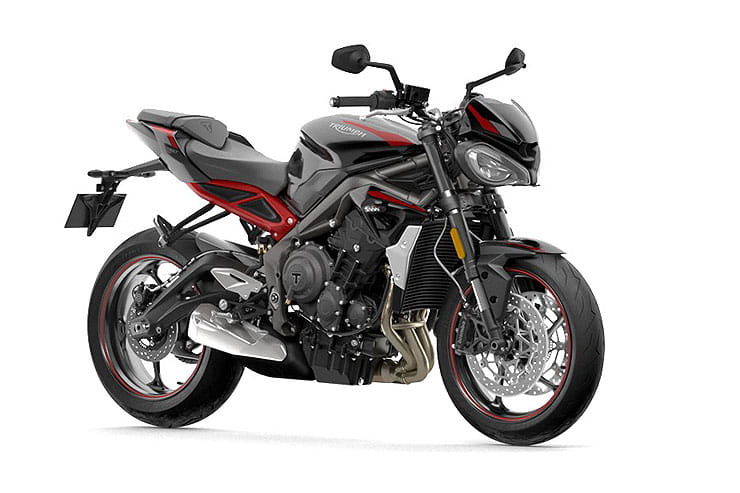 The British naked middleweight triple has been the middleweight roadster class leader ever since its introduction in 2007 as a naked version of the then Daytona 675 supersports, due to its combination of lusty but flexible and accessible performance, three-cylinder character and British style. The family grew to 765cc in 2017 with base S, R and high spec RS versions then, in 2020, the S became an A2-class, 660cc offering leaving the R the most accessible with 116bhp and class-leading handling via the likes of Brembo radial brakes, multi-adjustable Showa suspension and more. Not the cheapest – if you want a more accessible middleweight Triumph triple roadster, check out the Trident – but certainly one of the best. 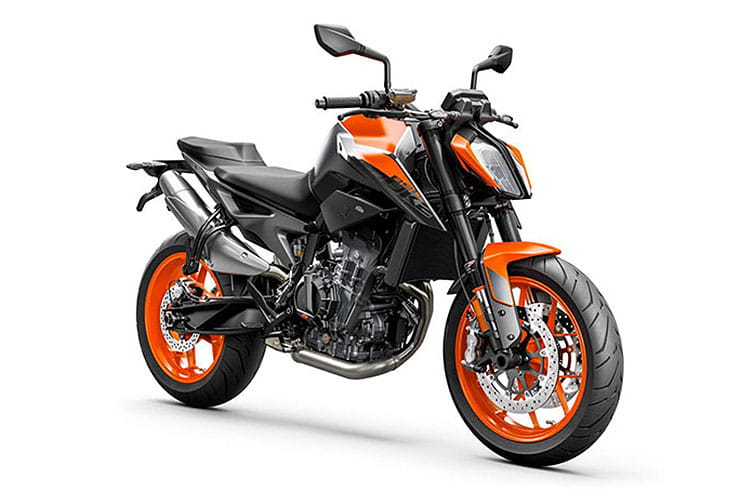 Austrian firm KTM has a deserved reputation for potent, attitude-laden roadster singles and twins and it’s latest Duke 890, which, for 2021 replaces the already brilliant and punchy Duke 790, is no exception. Although, like the 790, the new bike is a fairly diminutive roadster twin, not dissimilar to the MT-07, the enlarged parallel twin punches out an impressive 115bhp (up from the 790’s 95) along with bags of grunt and sophisticated rider electronics to make it one of the most dynamic bikes in the class. That performance is then backed up by ultra-nimble handling aided by top notch WP suspension and Brembo brakes and there’s even a higher spec R version, costing £11,999 if you really want the most this type of bike has to offer. Not for novices, maybe, of limited practicality, probably, and certainly one of the most expensive middleweight roadsters – but also one of the most exciting. 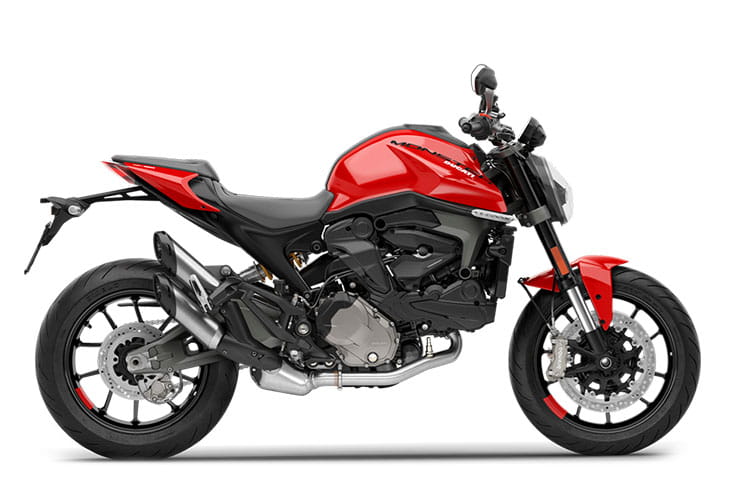 Ducati’s all-new Monster remains something of an unknown quantity as we write, but is without doubt one of the most eagerly-awaited middleweight roadsters of 2021. An all-new bike which replaces both the previous Monster 797 and 821, it’s powered by 111bhp 937cc V-twin from the Hypermotard, gets an all-new cast aluminium frame which controversially replaces the Monster’s previously signature tubular steel trellis and comes with bang up-to-date features including electronic riding modes, a swish colour TFT dash and quality cycle parts including radial Brembo brakes. There’s even an upspecced ‘Monster +’ version with small screen and pillion seat cover, for £450 more. It’s not cheap, admittedly, being £300 more than the old 821 and a hefty £2300 more than the old entry-level 797 but as Ducati’s ‘middleweight’ Monster offering (the bigger 1200S lives on – for now) it’s undoubtedly the best.
Recommended articles