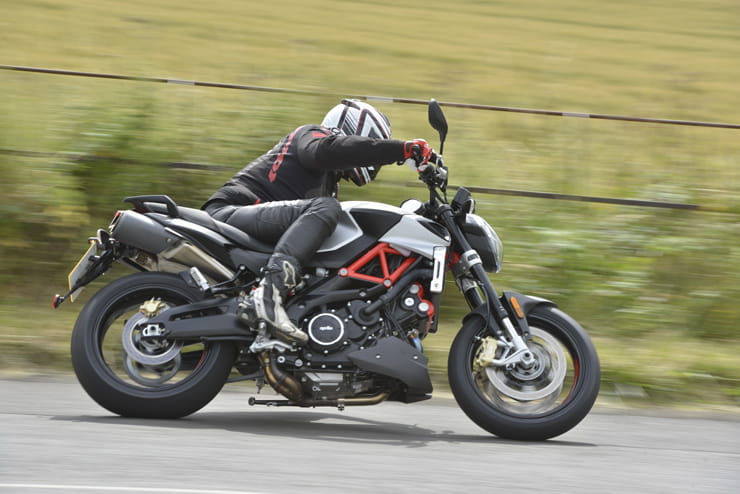 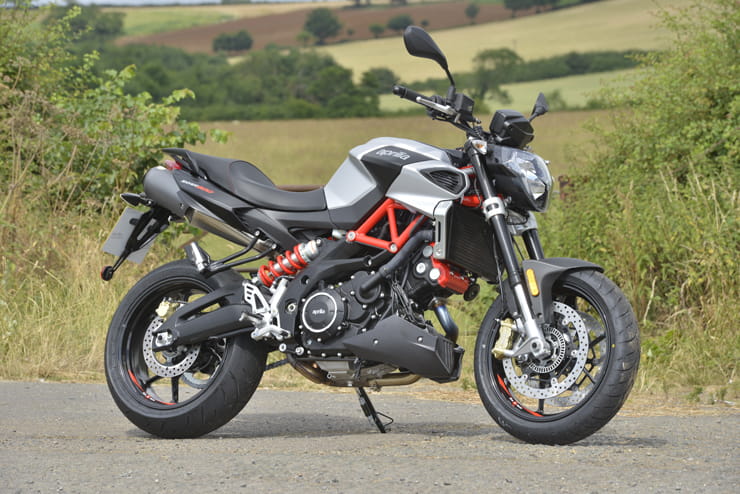 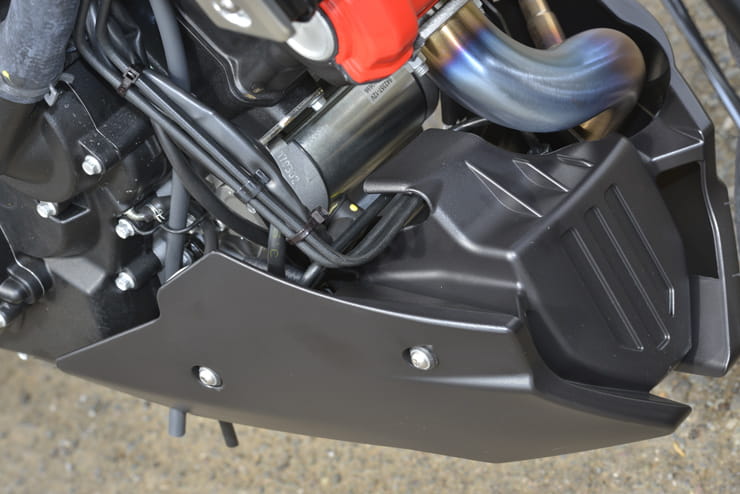 Smell is an underrated biking sense. We all know how much poorer riding a bike would be without, say, vision – but what about the magical motorcycling ming of petrol, hot oil, sweaty leather, melting rubber and virgin tarmac? Or even bucolic perfumes – the summer scent of freshly cut grass as you scythe through rustic villages, the beery brew of ripe hops lining Kentish back lanes, the airy caress of heather in bloom up on the north Yorks moors...

But not so much the acrid stink of molten plastic. That is not a good biking smell. It usually means something’s amiss.

And, as I pull up after a few miles caning Aprilia’s new Shiver 900, my world reeks of superheated polymeric material. Is the new 896cc 90° V-twin melting beneath me? I glance at the odometer and notice the Shiver has completed a comprehensive running-in period of 23 miles. Ah. It’s brand new. The smell is just its way of saying hello as various oils, polishes and release agents vaporise. Best carry on then. 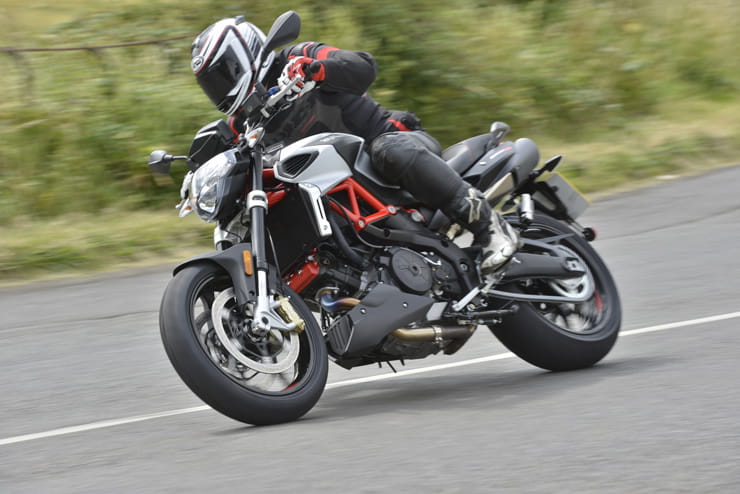 So that’s a lot of competition for the new Shiver – and if Aprilia want the 900 to avoid the relative obscurity of its predecessor, the Shiver 750, it’ll need to be impressive.

Although even that might not be enough – the original 750 was launched ten years ago and introduced plenty of notable new technology. It was one of the first bikes to run true fly-by-wire and included the then-novelty of variable engine modes – Sport, Tour and Rain. It was also the first fully Aprilia-built Aprilia; the engine was assembled in-house, and didn’t use a bought-in motor from Rotax (or Suzuki).

Yet despite its innovation, the Shiver – part of a small family of bikes that grew to include a GT version with a top fairing, and the supermoto-style Dorsoduro – never took off in the UK. Maybe it was the name. But it’s a familiar story for Aprilia; they always build the best bikes no-one buys. Maybe there are only so many bike manufacturers the human mind can entertain at any one time. 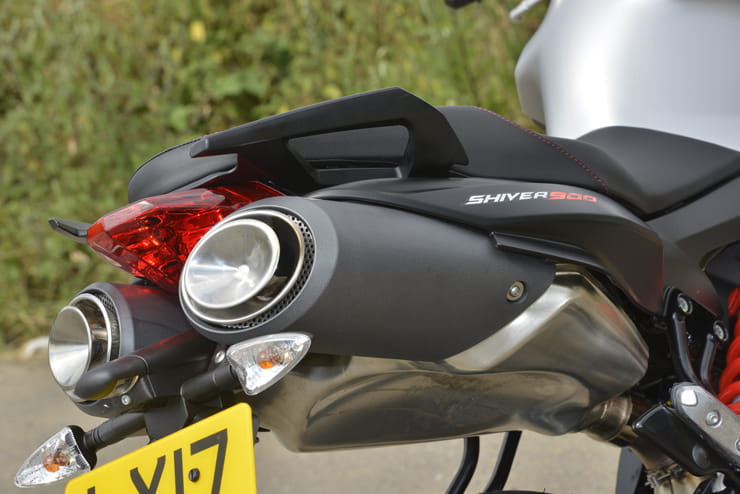 Either way, to usher in a new age of post-Euro 4 biking Aprilia have updated the Shiver package. The new engine is essentially a stroked version of the original 750 90° V-twin – that motor was already well over-square with a short stroke and wide bores (92mm x 56.4mm) – which ought to suggest sky-high revs and heaps of peak power. But the motor was tuned for a relatively safe 92bhp at 8750rpm and 60 lb.ft at 4500rpm.

To bring the engine up to 896cc Aprilia have added 11mm to the stroke length – both are somewhat arbitrary figures that hint at the expediency of recycling existing components from another model. Anyway, presumably the 750’s 92mm bore width didn’t leave a great deal of meat on the cylinders to go any wider without a redesign of the water jacket. And besides, the Shiver isn’t about peak power – and while a longer stroke doesn’t automatically mean more torque, more overall capacity does and gives designers wider scope to balance the restrictions of Euro 4 emissions regs without reducing performance. And Aprilia have capped the Shiver 900 at pretty much the same 95bhp as they claimed for the 750 – the maximum to maintain eligibility for A2 licence restriction. Peak torque is increased by 6 lb-ft, but there should be significantly more across all parts of the 900’s rev range.

All this means the new Shiver motor retains the external dimensions of the old one and fits in the same frame mix of aluminium side plates and steel tube trellis (now painted red, along with the cylinder heads). In fact the chassis is very Shiver 750, with the same rake, trail, wheelbase and swingarm. Weight is up by a few bags of sugar to 218kg. 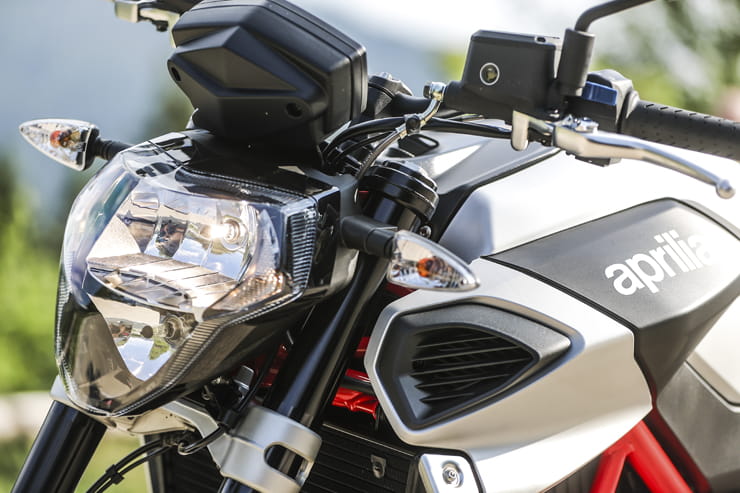 The 900 gets a few styling tweaks, mostly based around side air-intake position and exhaust lengths, and probably to help the bike incorporate Euro 4 gubbins. The exhaust can is still underseat, with bungee-melting opportunities, but has a re-directed side exit at the back to avoid the old Shiver’s habit of gassing the pillion with carbon monoxide. Or at least making their jacket smell.

The 900 gets more electronics, of course – still ride-by-wire, still with three engine modes, and now with four-way traction control (including off) and, for the youth market, Bluetooth integration with your smartphone, whatever that is. 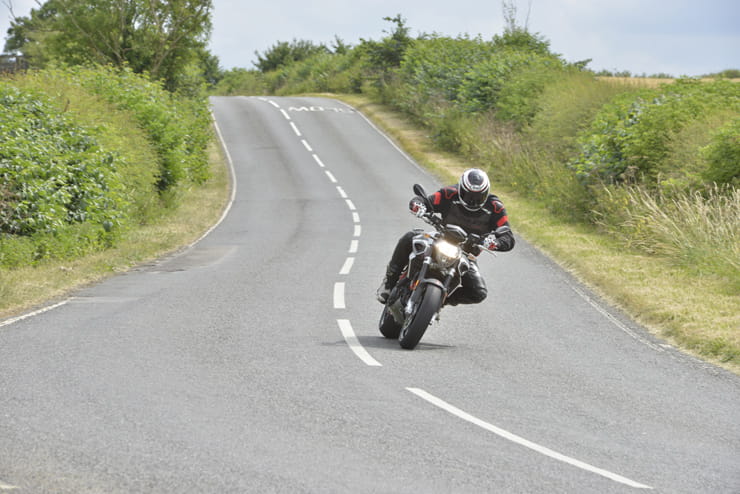 So after all that, what’s the Shiver like to ride, and how does it stand up against its many, many rivals?

As the newly lightened clutch slips home and the Shiver pumps through a neat gearbox to chuff playfully onto British roads, it feels light, balanced, upright and slender – the seat slots the rider behind the flared tank so this isn’t a perched, aggressive, front-endy supermoto-style riding position; it’s much more Street Triple S than MT-09. Seat height isn’t intimidating, but the Shiver is slightly taller – but less bulky and substantial – than Kawasaki’s Z900. Steering is on the active side of neutral; the flat, wide handlebars jig about and constantly search for the next excuse to turn. It makes lunging and swooping round stationary traffic to get to the front of the queue a doddle, twirling the fly-by-wire throttle like a volume control. But watch that limited steering lock – it’s not as generous as a bike this agile warrants. 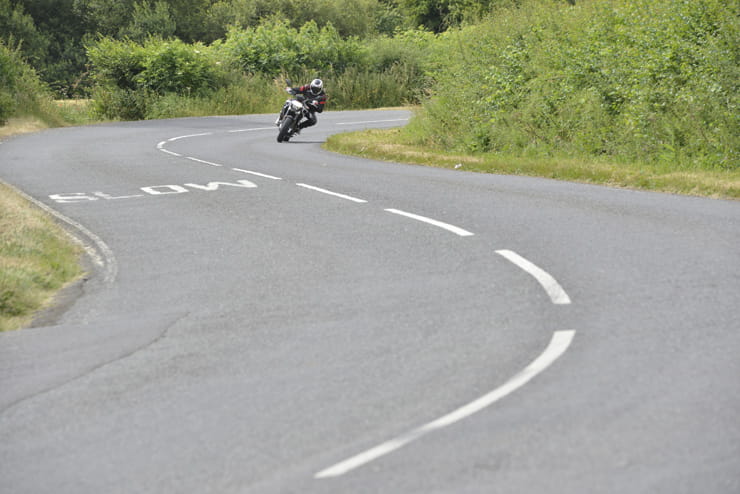 The 896cc V-twin is lively but not domineering – this isn’t what you’d call a muscular motor. A nippy bottom end leads to a fairly ordinary midrange, and finally to that neutered 95bhp top end. It’s not a charismatic delivery; there’s no booming intake throb, no thudding exhaust, no urgent, arm-tugging torque – just a smooth, even stream of go-motion.

Given that the old 750cc Shiver and its claimed 92bhp actually dyno’d at around 80bhp, the 900 is probably booting out the same. That’s a big deficit against many of its competitors, and it feels it. Even in its lowest spec, the Triumph Street Triple S makes a claimed 111bhp and has some sparkle about the way it gathers momentum.

The 900 is, however, a deceptively rapid, relaxed cruiser – in the sense 80mph pops up almost unnoticed, engine pummelling along unhurriedly at around 5200rpm. There’s enough acceleration left at that speed to sneak past faster traffic, but I wouldn’t get in a race with too many supercars. Or fast family saloons. 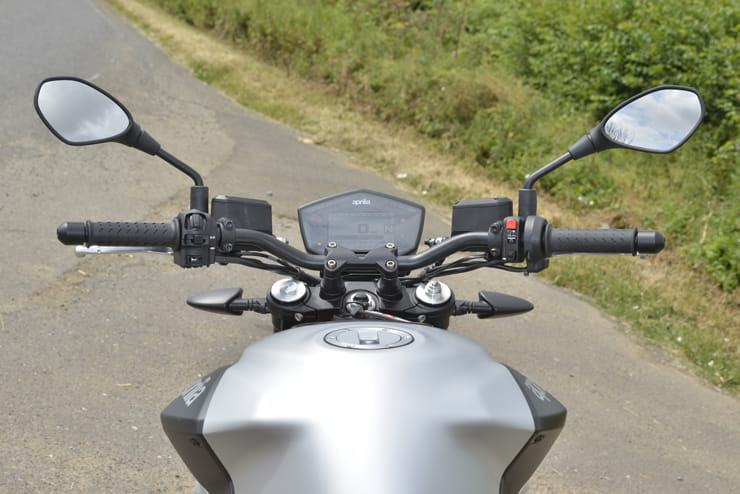 The view from the Shiver’s seat is basic but neat and gimmick-free; it has neither the quality finish of a Street Triple or KTM 690 Duke R, nor the plastic over-styling of a Kawasaki Z900. Black bars, black risers, black cast top yoke, and a predominantly black central dial with the usual info – speedo, tacho bar (isn’t that something you get in Mexico?), gear position and engine management info.

Traction control in position three is over-intrusive, flickering into action and killing acceleration even if all you do is pull smartly away from a standstill. So in the end everything stays on minimum settings – Sport mode and TC1. Which at least means you don’t have to navigate the fiddly switchgear menu very often. Although you’ll have to turn TC off altogether to coax a wheelie from the Shiver – and even then it’s not a natural at the job. The bike would feel vastly improved geared down; a couple of teeth on the rear sprocket should do it. 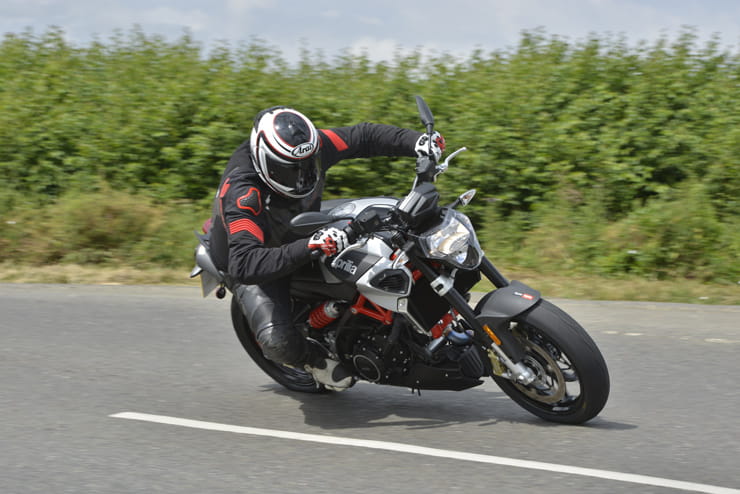 Judged in isolation, the Shiver is a fun, unintimidating, well-equipped all-rounder. It’s not got thrilling performance, but it’s unlikely to catch anyone out. Handling is brisk and lightweight, but go too hard and the suspension shows its limitations. The electronic options are nice to have but don’t make a great deal of difference so you end up leaving them alone. The riding position is comfy and the Shiver looks great, even if some of the detailing is a bit plain.

But if that all sounds vanilla, it is. With so many rivals, the Shiver is facing a struggle to make its mark. As an A2-licence compliant engine its power is capped at 95bhp and that immediately limits appeal compared to Triumph’s three Street Triples (four, if you count the bespoke, 660cc A2 version), Kawasaki’s powerful Z900 and Suzuki’s sporty GSX-S750. It puts the Shiver alongside BMW’s F800R and Ducati’s Scrambler-powered 797 Monster – both of which are good fun but not noted for shredding dynos or ripping up tree stumps.

What the Shiver 900 really needs is a spec’d-up R version, making 115bhp and on better springs. Now that really would be cool.

Help, I don’t know which middleweight naked to buy!

Confused by which middleweight naked you should be shopping for? Here’s BikeSocial’s handy cut-out-and-paste guide*