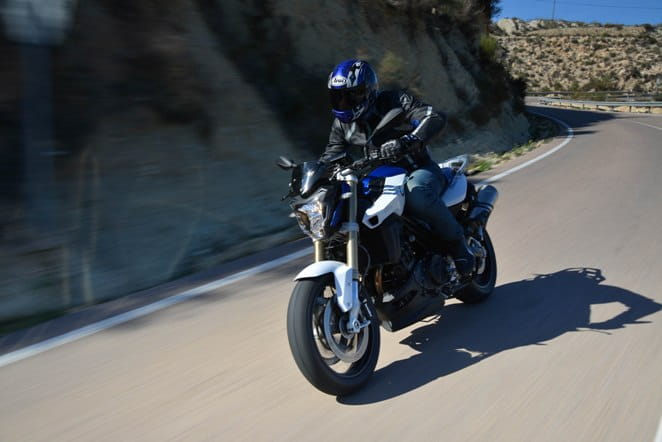 BMW’s F800R has always had a split personality – on the one hand it’s been a fairly sporty but basically sensible parallel twin roadster; on the other, the naked hooligan machine that, when ridden by the likes of Mattie Griffin and Chris Pfeiffer, has probably performed more no-handed wheelies than any other bike.

In its latest, revamped-for-2015 evolution the F800R is pushing the envelope further in all directions. Along with new styling and a few extra horsepower it gets a revamped and sportier chassis. And at the same time it has a lengthy options and accessories list that includes traction control and electronically adjustable suspension – enough to kit out a useful sports-tourer. 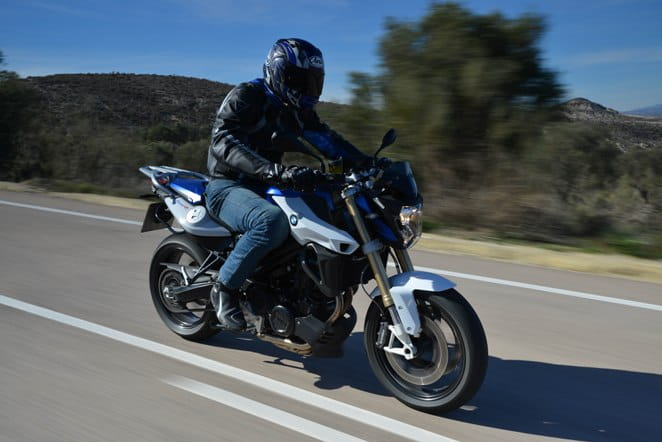 Its new styling is pleasant enough, if slightly less dramatic. The old model’s asymmetrical lights are gone, replaced by a more conventional headlight and with reshaped bodywork, radiator shields and front mudguard adding to the updated appearance. A wider aluminium one-piece handlebar gives a slightly more relaxed riding position in conjunction with footrests that are slightly lower and further forward.

Its look depends to some extent on which model and how many extras you choose. Alongside the basic F800R, at £7595, there’s an uprated Sport model that costs £7855 and adds a belly-pan, pillion seat cover and LED indicators and rear light for the extra £260.

And there are plenty more options and accessories, grouped into Comfort and Touring packs that add everything from heated grips, centre-stand and luggage rack to BMW’s basic ASC traction control system and ESA electronically adjustable suspension. Fully loaded with all that lot plus metallic paint, the test bikes were valued at £9075. 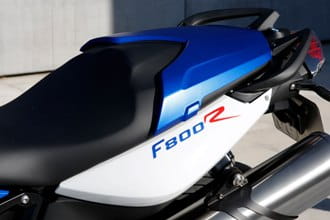 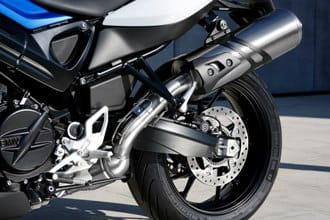 There’s no mechanical change to the 798cc, eight-valve motor, but injection and exhaust mods add 3bhp to take the total to 90bhp at 8000rpm. The chain-drive transmission is modified to make the six-speed box’s first two ratios shorter, to make life easier in town.

Main changes are in the chassis, where the aluminium frame and swing-arm are unchanged but the forks are now upside-down units, and the front brake is upgraded with four-pot radial calipers biting the pair of 320mm front discs. The seat is also 10mm lower at 790mm, meaning that the distance between it and the footrests has hardly changed.

At 202kg wet the F800R is respectably, if not outstandingly light. That combines with the low seat and sweet fuelling to make it very rider-friendly, so much so that it’s easy to see why it’s popular with inexperienced riders. (There’s also an A2 legal version that’s restricted to 47bhp.)

There’s a very decent amount of performance, too, along with respectably strong midrange. The BMW seemed happy whether it was pulling from 4000rpm or lower in the higher ratios, or revving harder towards the 8500rpm redline through the six-speed box.

There’s just about enough instant urge to lift the front wheel without needing help from the clutch, and you’ve only got to see Messrs Griffin and Pfeiffer at work to know what the R-bike is capable of. The motor buzzes slightly at most revs but the F-motor’s dummy conrod keeps it smooth enough that I didn’t find that remotely annoying. A raspy sound and slightly bland character are perhaps the twin’s only flaws, and it’s hard to be too critical of either. 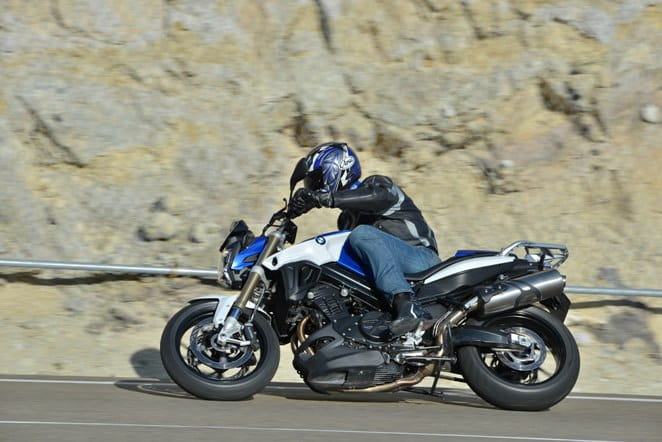 The BMW also slowed sharply, those new radial four-pot calipers doing a great job in combination with an efficient ABS system and grippy Metzeler Roadtec rubber. Chassis performance was generally excellent, combining light, neutral handling with plenty of stability. Suspension at both ends is pretty firm, and helped make the BMW great fun to chuck around on the twisty roads near Almeria in southern Spain, where it also showed that despite the centre-stand it had plenty of ground clearance.

The shock has an easily used remote spring preload adjuster, and the launch bikes were specced-up with ESA electronic suspension adjustment. This gives instant fine-tuning of shock compression damping between Comfort, Normal and Sport, at the press of the button on the left bar. The three were so similar that I struggled to tell the difference, and even the softest Comfort setting gave a fairly firm ride. Although useful in theory, the ESA would need to make more difference to ride quality before I’d consider it worth an extra £290.

On dry roads I also didn’t have much need of the ASC traction control system that costs a similar £310 (and is also part of the Comfort package) but on slippery surfaces it would be worth having. Other options such as the heated grips, centre-stand, 12V socket and rear carrier would all be useful and are included in the Touring pack, which looks good value at £455.

As tested the R-bike makes a practical long-distance machine. Its under-seat fuel tank holds an unchanged 15 litres; not exceptional but enough for a respectable range of getting on for 150 miles, at a typical average of 45mpg. Despite being tall I stuck to the standard seat (higher and lower ones are a no-cost option), and had no discomfort although a couple of other riders reported aches by the end of the day. I’d still prefer an adjustable height seat, especially at resale time, but the option is worth having.

That price of just over nine grand for the fully-loaded F800R is far from cheap for what’s still basically a naked middleweight twin. But this usefully updated version of the F800R is fun to ride and offers even more versatility than the old model. It won’t help you pull no-handed wheelies but it’s well up for just about anything else. 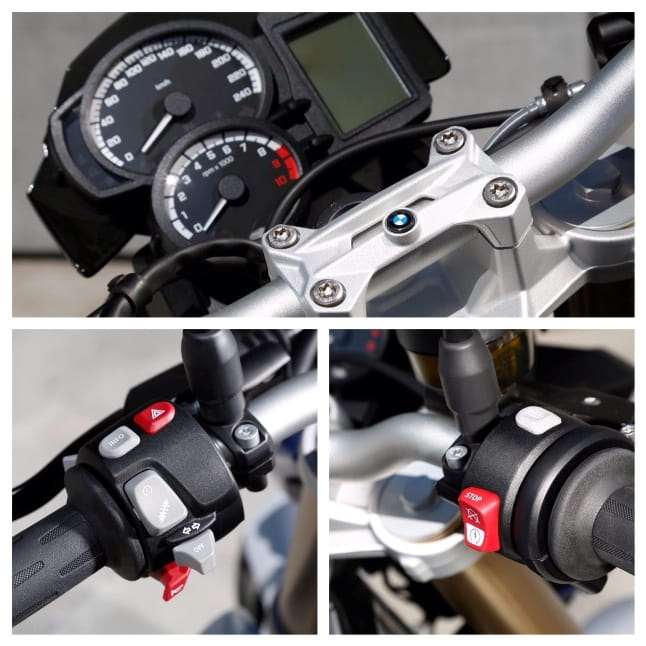 Head down to your local dealership from the 7th February to bag your own test ride.