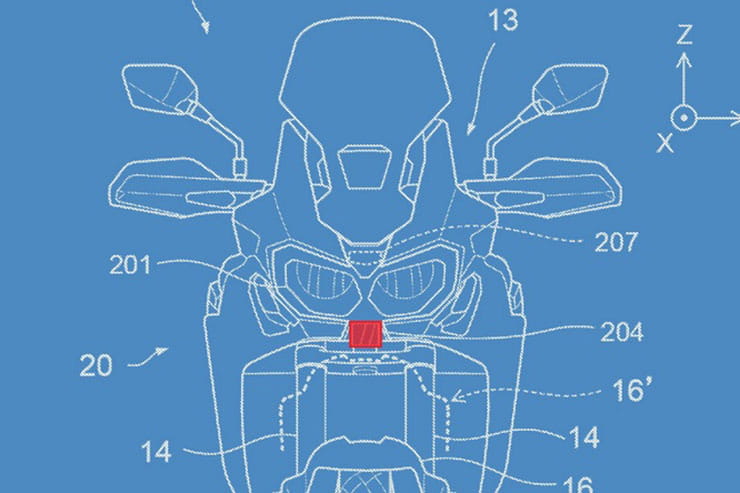 Radar-assisted cruise control is fast becoming the must-have technology for 2021’s range-topping bikes and while Honda hasn’t got anything with the system yet it’s working hard to catch up.

Ducati, BMW and KTM are already selling bikes with Bosch’s radar-assisted adaptive cruise control – the Multistrada V4 S, R 1250 RT and 1290 Super Adventure S respectively – and Kawasaki has been spotted testing a revamped Ninja H2 SX SE+ that’s also packing a radar. Kawasaki confirmed it had signed a deal to use the technology back in 2019. Honda, which normally prides itself as being at the forefront of two-wheeled technology, so far hasn’t got any answer, but a host of patents in recent weeks have shown the firm is scrambling to get into the radar age.

We’ve already seen patents showing how the firm hopes to integrate radars into the Gold Wing, both at the front and the rear, and now a new batch of designs show that the Africa Twin is also set to get the system. 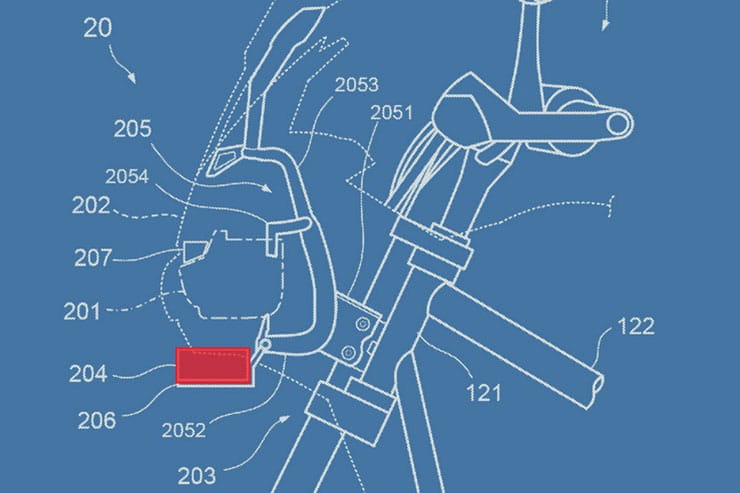 Honda might have missed out on being in the vanguard for radar tech but the firm looks set on making up for that with a more comprehensive suite of rider safety features using the technology.

For the Gold Wing and now the Africa Twin, Honda’s patents suggest the use of cameras alongside radar sensors, adding an extra layer of monitoring tech and allowing the on-board computer to make a better-informed judgement of what’s happening in its surroundings. While radars can ‘see’ other vehicles regardless of conditions and accurately measure the distance to them, cameras can be used to pick up information that radars alone can’t see – brake lights, road signs and the colour of traffic lights, for instance.

On the latest Africa Twin patents (Honda has filed two Africa Twin radar applications that have been published this week), the firm demonstrates an intention to use vehicle-to-vehicle (V2V) or vehicle-to-infrastructure (V2X) communication as well as the radars themselves, allowing bikes and cars to ‘talk’ to each other and receive messages about potential dangers before their riders or drivers could possibly be aware of them. 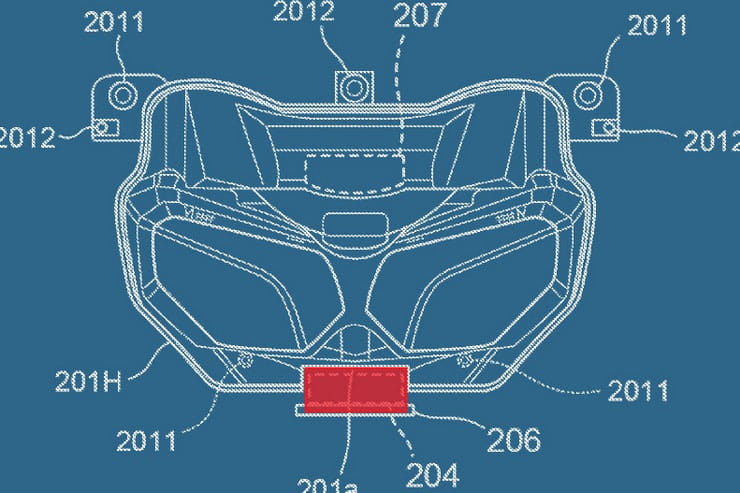 The front-mounted radar shown on Honda’s Africa Twin patents is much like the Bosch units already available on Ducati, BMW and KTM’s bikes. As on those rivals, it sits in the open, just below the headlight, and if you look at the Africa Twin’s styling it looks like the firm was already considering it when the bike was sculpted. There’s a conveniently blanked-out section of bodywork between the lights that’s just about the perfect size and shape for a radar sensor, and since it’s a separate panel it means the unit could be fitted without any changes to the main bodywork parts.

One bodywork change that the patent does specifically mention is a new front mudguard with a cutaway section at the top to make sure it can’t interfere with the radar sensor even when the forks are fully compressed.

The patent also shows a second version that features a camera sitting alongside the radar sensor in the same spot. 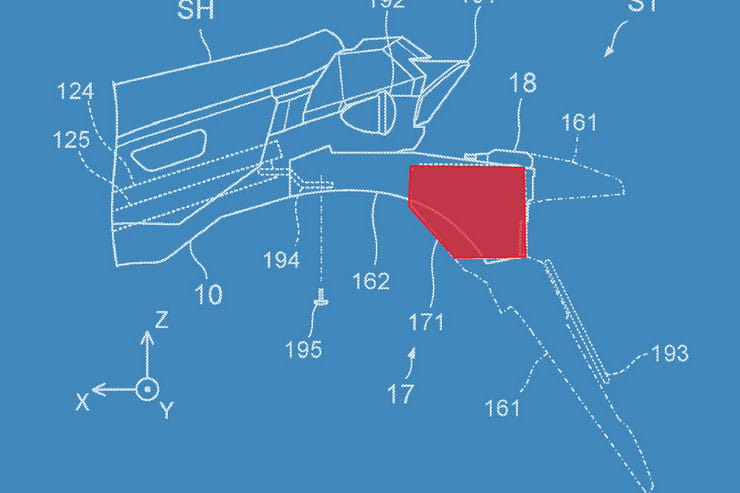 At the moment only Ducati has taken the option of using a rear-facing radar as well as a front facing one, even though it’s an element of Bosch’s system that’s been intended to be part of the package from day one. The idea is that the rear radar can monitor vehicles approaching from behind and provide a blind spot alert system via warning lights in the mirrors or a display on the bike’s dash.

Honda’s Africa Twin designs show that it could have not one but two rear radars, mounted in the licence plate hanger. Instead of pointing directly backwards, like the Multistrada V4’s version, these radar sensors are fitted on an angle to face more sideways than rearwards. Between them they’re able to create a detection zone that covers the entire rear and sides of the bike, warning not only about vehicles behind but also if there are any alongside you.

How soon will Honda have a radar-assisted bike on sale remains to be seen, but with new patents appearing virtually every week it’s abundantly clear that the firm is pouring development work and money into the idea. Don’t bet against tech like this appearing on the Africa Twin and Gold Wing within the next couple of years. 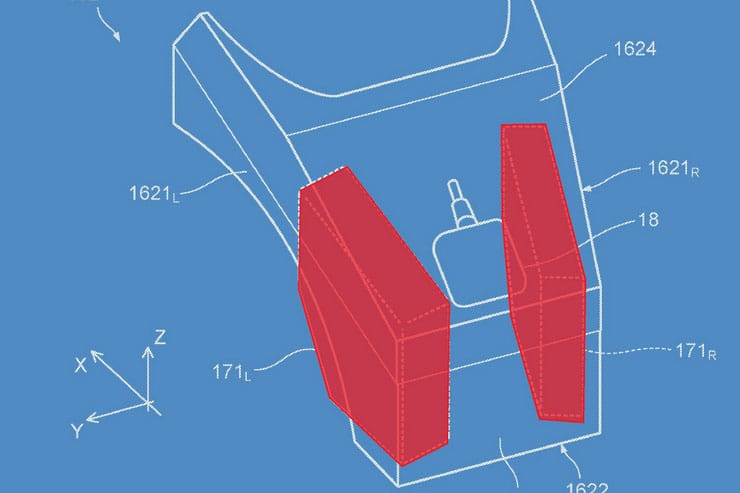