Honda Goldwing to get radar cruise 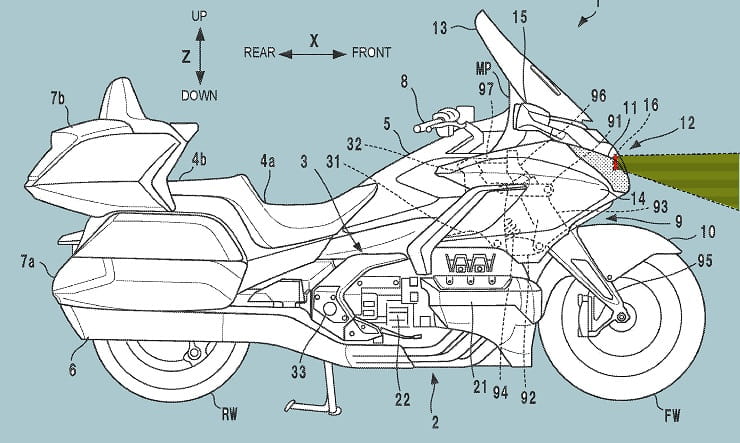 Honda’s Goldwing might not be a bike for everyone but its importance stretches beyond just Golding owners and riders. As the firm’s range-topper it’s long been the demonstrator for next-gen technology and packed with every conceivable luxury that may later trickle down to more attainable machines.

But in 2021 the Goldwing is lagging in one key area: radar-assisted sensor technology. With radar-assisted cruise control and safety systems already announced as options on the 2021 Ducati Multistrada V4 and BMW R1250RT, Honda has been left with no equivalent in its armoury.

That won’t be the case for long as this new patent application shows a radar-based cruise control system is already being prepared for the Goldwing. 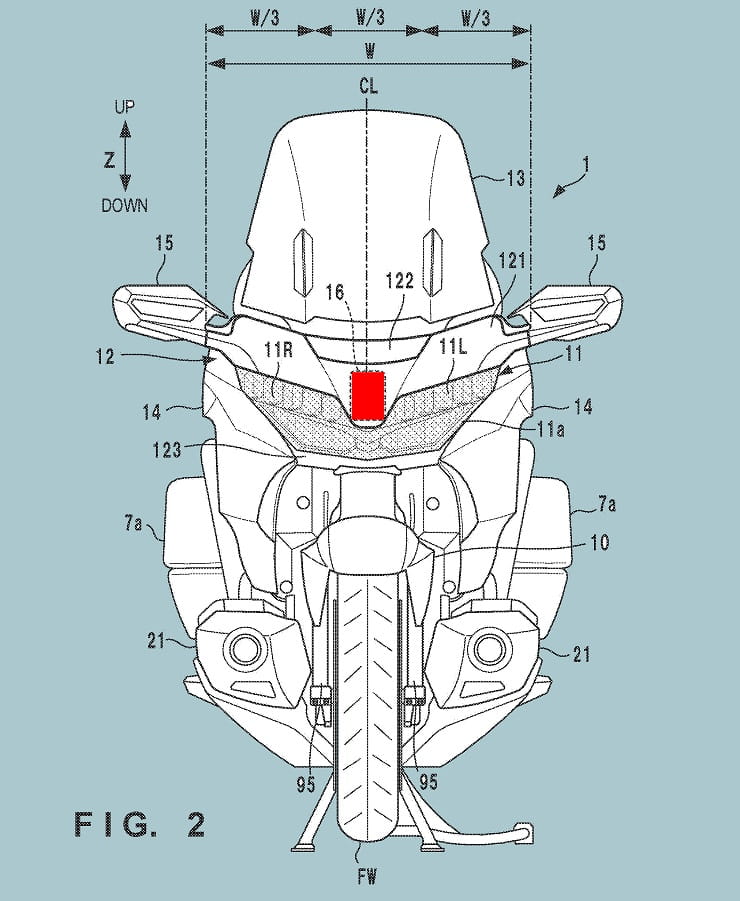 We know that this isn’t just Honda idly patenting technology that it doesn’t plan to use because the patent is very specifically focused on the challenges of mounting the radar on the Goldwing rather than the radar tech itself.

Radar-assisted cruise control is already familiar on cars, and in fact Honda was one of the leading lights in the field on four wheels. In 2021 the tech finally reaches production motorcycles as well, initially on BMW and Ducati’s offerings but we’re also expecting others, notably KTM and Kawasaki, to join the fray soon, all using the same Bosch radar system allied to their own takes on the software needed to operate it. Honda deals in place with Bosch to supply radars for some of its cars, so may well end up using the same components in the Goldwing. 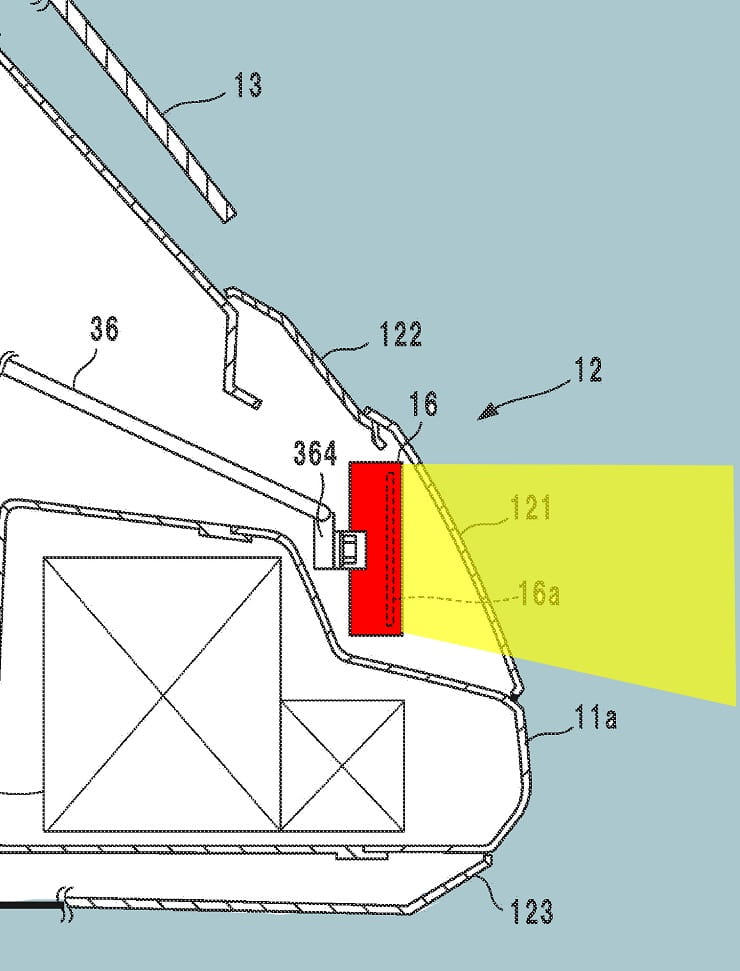 So what’s Honda’s patent about? In part it is addressing an issue that seems to have plagued every bike firm adopting the technology; hiding the radar sensor itself.

While cars fitted with this sort of system usually have their radars tucked behind flat sections of their grills or bumpers, all the bikes we’ve seen using radars so far have had the units completely exposed – suggesting they’ve struggled to find solutions to the problem Honda is addressing. While radar can ‘see’ through some materials, including plastic, the surface needs to be relatively smooth and flat to make sure it doesn’t interrupt the radar waves. Fortunately for Honda, the section between the Goldwing’s headlights is already fairly flat and uncluttered, and the plan is to position the radar just behind that panel, mounted on study brackets extending from the existing framework that holds the front fairing and instruments.

Honda’s patent also suggests that the gap between the radar sensor and the bodywork will be filled with a sponge-type material to prevent vibrations from the fairing being transmitted to the radar sensor itself.

How soon will we see a radar-equipped Goldwing? If Honda is following rivals and using the Bosch-made system, it shouldn’t take long for development to be complete, making 2022 a viable launch date for such a bike. If Honda wants to create a more bespoke setup for its range-topper, the development period could be longer.