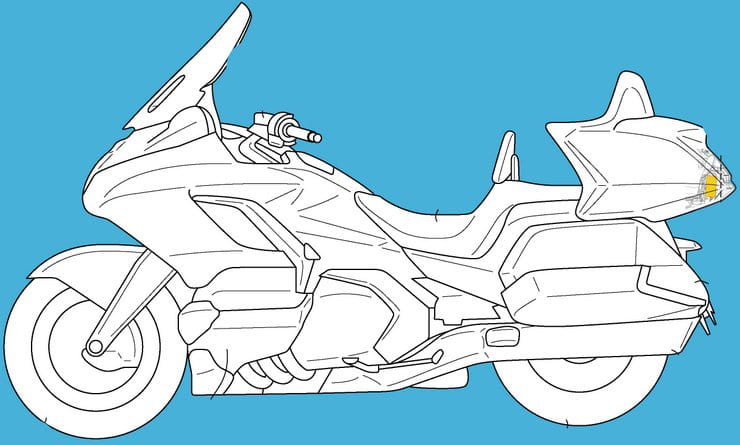 Back in November Honda filed patents showing it’s working on a forward-facing radar system for the Gold Wing – and now a matching set of designs has shown up for a rear-facing radar as well.

Of the two manufacturers to have officially shown their radar-equipped bikes so far, there’s a split between the need for rear-facing units. Ducati’s Multistrada V4 comes with both front and rear radars if you specify the system, adding adaptive cruise control via the front sensor and a blind spot monitoring system using the back one. BMW, conversely, has opted to fit only the front radar to its 2021 R1250RT when you tick the box for the £500 system. That means it gets adaptive cruise – letting the bike automatically keep pace with traffic ahead without any need to touch the throttle when the system is engaged – but no rearward monitoring system. 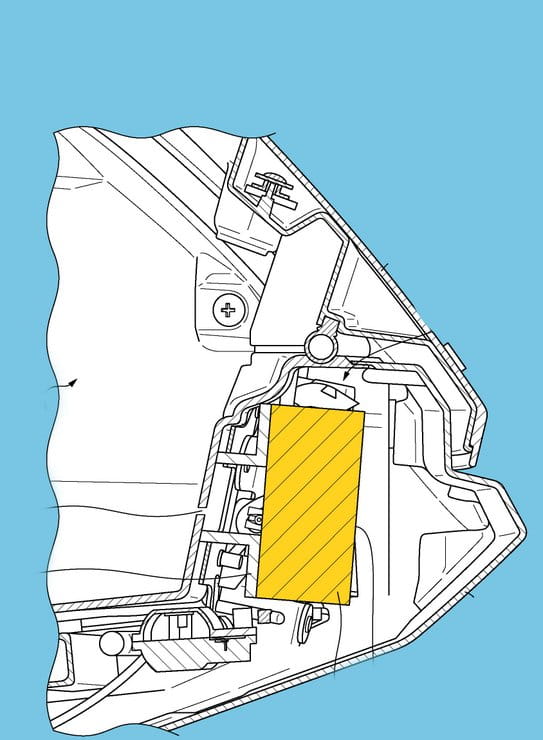 Initially, Honda appeared to have opted for the BMW-style approach, patenting designs for a front-mounted radar sensor on the Gold Wing. But these new images show that a rear unit is also under development.

However, its fitment position shows that the rear facing system is designed only to be used on the full-fat Gold Wing Tour – complete with an armchair rear seat and top box – and not on the bagger-style Gold Wing.

The rear radar unit mounts inside the top box, just below the latch for its lid. As on the Ducati Multistrada V4 and the upcoming KTM 1290 Super Adventure that uses the same system, the rear radar keeps an eye on traffic behind the bike, warning you of vehicles in your blind spots via displays on the dash or in the mirrors.

At the moment it’s not clear whether Honda is developing its own radars or using the same Bosch units that BMW, Ducati, KTM and Kawasaki have all signed up to buy, but Honda does intend to keep them hidden from sight – a clear departure from its rivals. While radar can ‘see’ through plastic bike bodywork, vibrations or shaped or angled bodywork can interfere with the signal, and so far BMW and Ducati have opted to leave the sensors exposed rather than put them behind trim panels as a result. Honda appears convinced that by firmly mounting radars and bodywork to minimise vibration, it can eliminate or filter out interference while hiding the radar sensors themselves from sight. 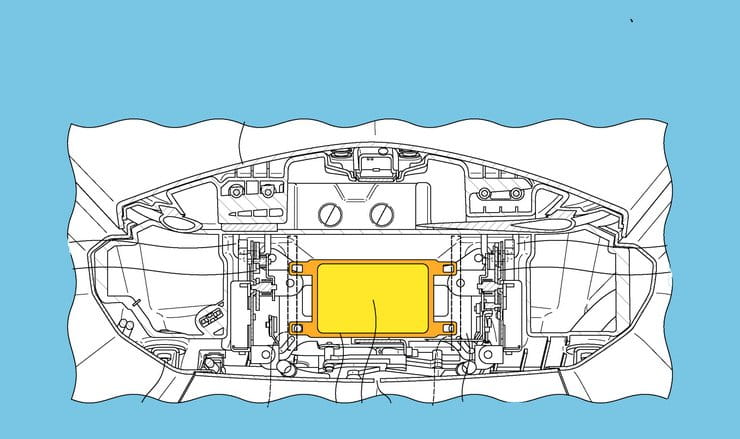 While Honda hasn’t made any announcement about its radar plans, the firm won’t want to wait too long before fitting the system to the Gold Wing. The bike’s reputation as a technological tour-de-force has been built up over multiple generations, so Honda won’t be happy to see rivals offering a safety system that can’t be fitted to the Wing.

At the moment it’s also not clear whether the Gold Wing needs any updates to be brought into line with Euro 5 emissions rules. Honda hasn’t shown a ‘2021’ version of the bike yet, so while it’s possible that the under-stressed 1833cc six-cylinder engine sails though the tighter Euro 5 tests without alterations, that hasn’t been confirmed. We’ll keep you updated as and when news of any updates is made official.