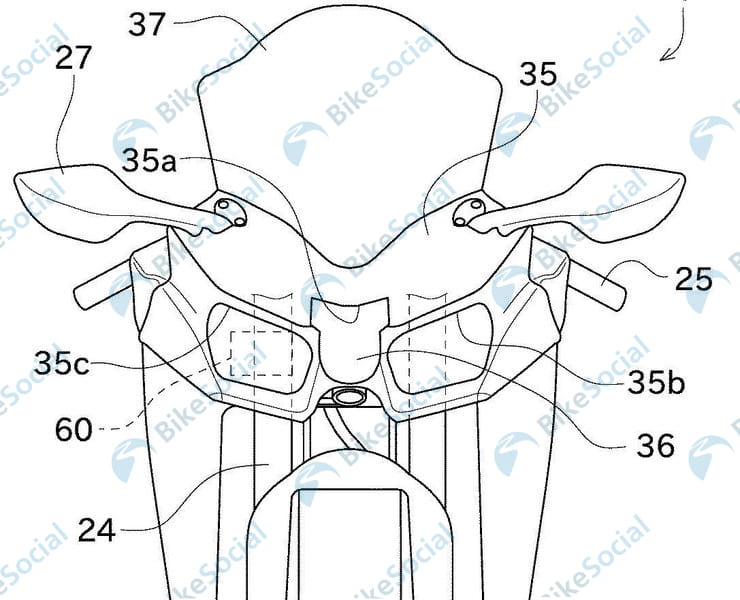 Radar-based adaptive cruise control systems look set to be the next bandwagon for bike manufacturers to jump on – and this patent suggests Kawasaki’s next H2SX sports tourer will be getting just such a system.

Kawasaki confirmed last November that it’s joined forces with Bosch to use the German firm’s radar systems on a new bike that will be in showrooms in 2021. That means it’s going to be officially unveiled towards the end of this year, at the same time that Ducati, KTM and BMW are expected to launch their own machines with the same Bosch system.

While Kawasaki hasn’t officially confirmed which model will be getting the radar, this new patent suggests it will be the H2SX. 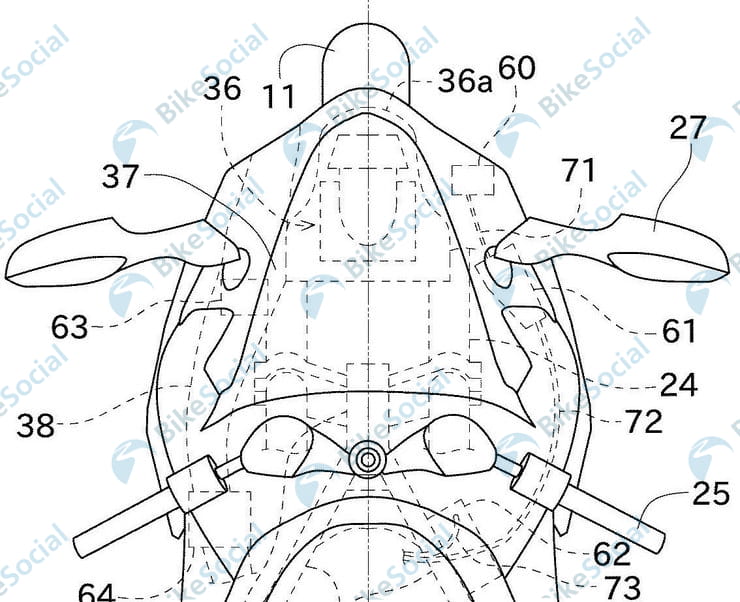 Although the drawings in the patent document are rudimentary, there’s definitely a resemblance to the H2SX in the bike seen here. More importantly, the layout of Kawasaki’s version of the radar system appears to be tailored for the supercharged machine.

Spy shots of next year’s radar-equipped KTM 1290 Super Adventure, Ducati Multistrada V4 and BMW R18 Classic tourer have all shown them with the same radar unit mounted front and centre; protruding from the middle of their noses. Useful or not, the radar system looks like it will have bike designers who want sleek curves cursing its boxy shape, which needs to have a clear view of the road ahead to work properly.

Kawasaki’s patent suggests a different tack, with the radar unit (labelled ‘60’ in these pictures) offset to the right hand side of the bike. On the H2SX, that makes a lot of sense; the bike has a central headlight (36) and a single air intake (35b) for the supercharger on the left hand side. 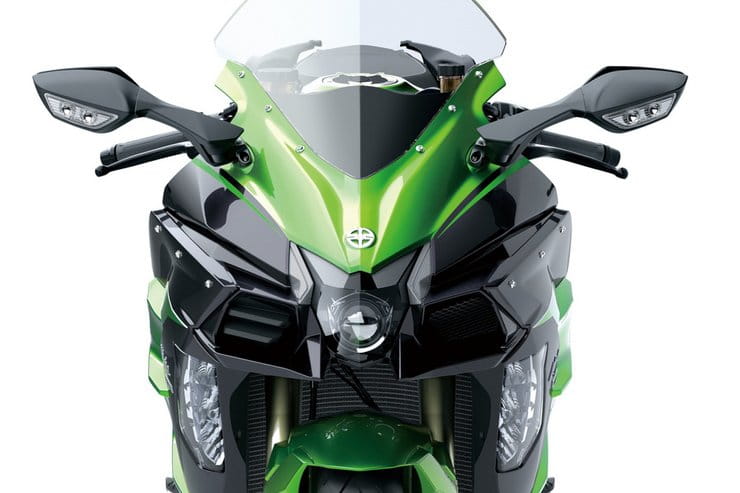 With its existing styling the H2SX already has a slightly lopsided look at the front, with an open supercharger intake on one side and a blocked-up version on the other side. With angular styling and a multi-faceted front end dominated by lots of black, sharp-cornered elements, it’s easy to see how the Bosch radar could be tucked into the dummy intake opposite the real one, as the patent suggests.

In doing so, Kawasaki could be the first to find an effective solution when it comes to disguising the radar.

Using identical Bosch components to the system that BMW officially announced earlier this week, the Kawasaki setup will give the bike the ability to maintain a constant distance from the vehicle ahead, automatically accelerating and braking within certain, pre-set parameters to keep up with the flow of traffic. Although based on the same radar unit used in many modern cars, the bike version isn’t allowed to perform emergency stops; it will only be able to gently brush the brakes, alerting the rider with a dash-mounted warning if the vehicle in front is stopping harder than that. Similarly, it will only accelerate relatively gently, up to a pre-set speed, if the road clears. 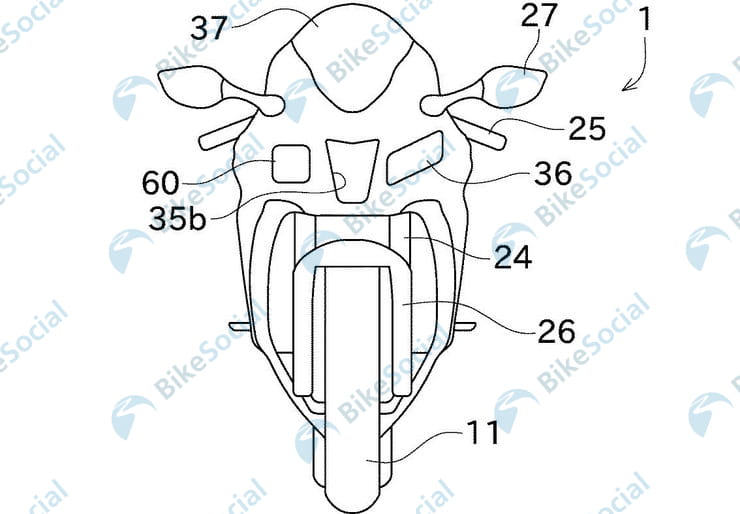 Another version of Kawasaki’s design, above, shows how a radar (60) could replace a headlight on the ZX-10R

Although the design in Kawasaki’s new patent is aimed at the H2SX, the firm has also included illustrations of how the radar might be incorporated into the styling of other bikes. Above we can see how the firm envisions the system being used on a sports bike with ZX-10R-esque styling and a central air intake (35b).

Here, the method is to replace a headlight with the radar unit (60), while keeping a single headlight on the other side (36). In doing so, the radar could then be covered with a transparent panel that mimics the design of the headlight for a symmetrical shape.