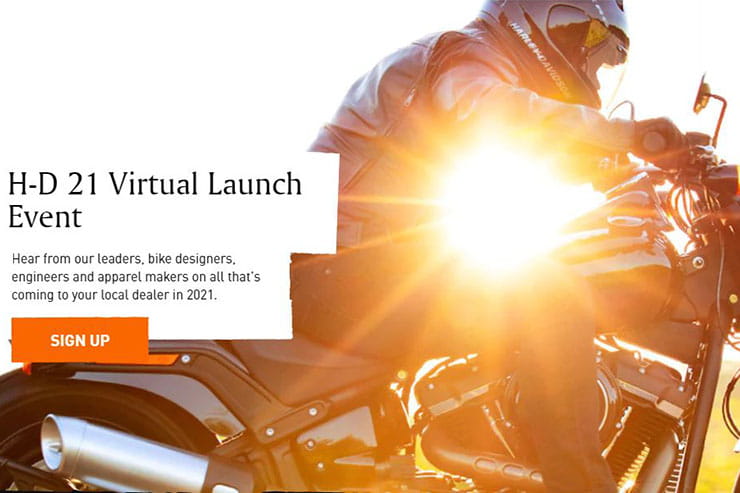 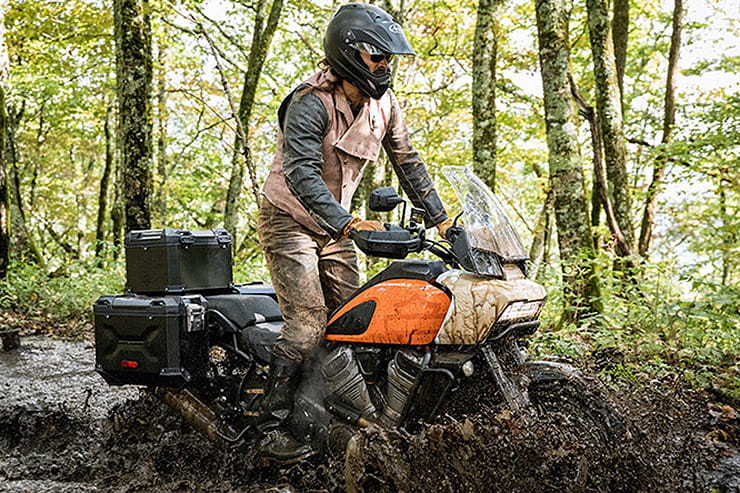 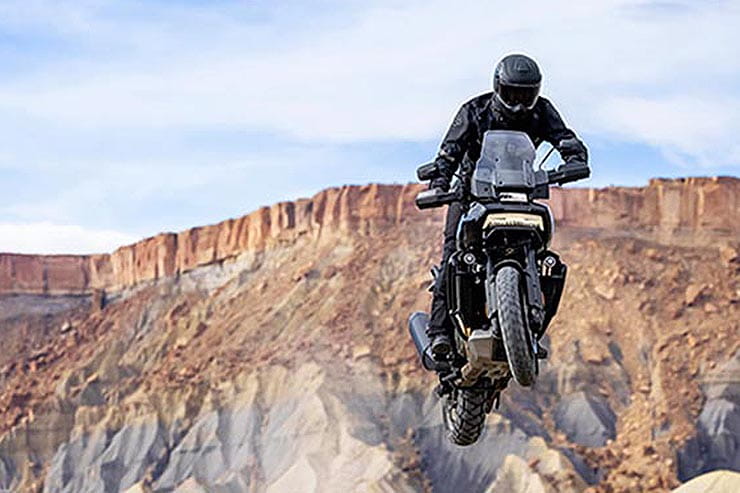 Perhaps the marketing department at the 118-year old world famous Harley-Davidson knew a UK national lockdown was on its way because that way even more folk could tune in to the company’s first virtual launch.

Yes, at 4pm GMT on 19th January you can watch the 2021 motorcycle range, parts and accessories, riding gear and apparel revealed live on-line. The virtual show will feature Harley-Davidson leadership, product experts, and enthusiasts detail what’s coming to its dealerships in 2021, and you can join in by registering your details at www.H-D.com/21.

One of the 2021 machines we already know about is H-D’s first foray into the adventure bike market with the Pan America 1250, featuring a new 143bhp engine. Its official announcement took place back in November 2019 alongside the Bronx streetfighter both of which were due for a press launch around September 2020. That of course couldn’t happen courtesy of the dreaded COVID-19, but it was also a sensible move to keep the big model announcements back to the beginning of the 2021 riding season as opposed to the winter months.

What else do we know? Well, back in April 2020 a statement was released just two months after President and CEO Matt Levatich was replaced by Jochen Zeitz which described Harley’s new plans to focus to the highest-profit products. This playbook was known as ‘The Rewire’ and set out the firm’s 5-year plan.

Soon after, the Harley-Davidson website was amended as far back as May, and what was previously referred to as ‘Future custom model’, is now ‘Future high-performance custom model’, which Harley has since confirmed will use the larger 1250cc, 143hp version of the Revolution Max from the Pan America. Meanwhile, the Bronx streetfighter will – initially at least – have a smaller 975cc, 113hp version.

Harley now describes the bike as “The all-new custom motorcycle with a muscular stance, aggressive, stripped down styling and 1250cc of pure performance.” 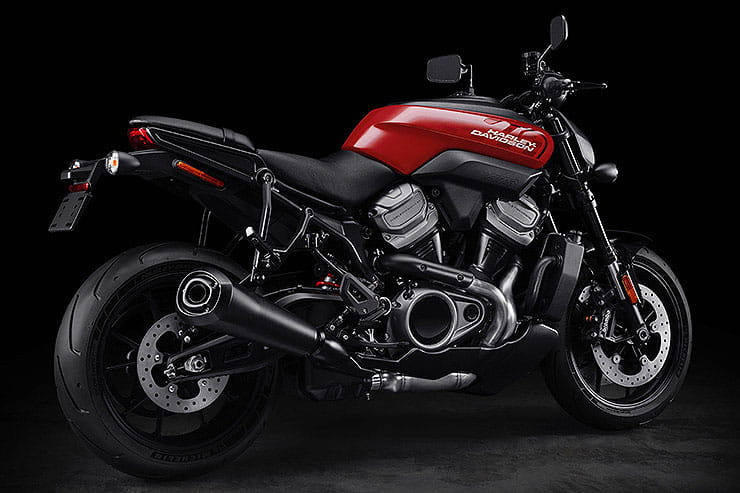 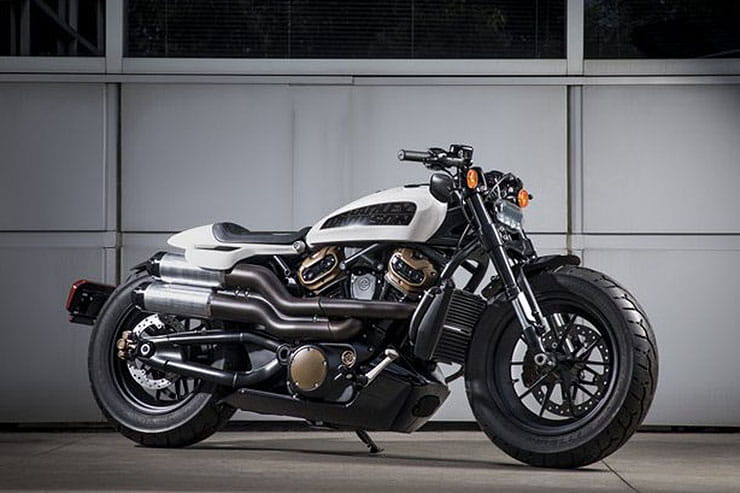 Other than the Pan America, Bronx and the ‘future high-performance custom’, the website also refers to a middleweight electric bike inspired by the XR750 for the “quick and competitive”. We’ve also witnessed plenty of speculation surrounding coming models including the plan to build a small capacity parallel twin in collaboration with Benelli’s parent company, Qianjiang, known as the 338R. Expect updates to the Fat Bob, Road King, Sportster and Low Rider range too.

Among the aforementioned ‘enthusiasts’ appearing on 19th January will be American actor and Harley fan, Jason Momoa, arguably best known for his portrayal of Aquaman, who’s already ridden the Pan America 1250, and afterwards said, “It’s the perfect vehicle that combines my love of the outdoors, the unknown, and Harley-Davidson. People are going to be completely stoked about this bike that Harley-Davidson has created.”

“We’re thrilled to bring the world together virtually to showcase the inspiration and passion behind our 2021 motorcycles, including a glimpse of our first adventure touring motorcycle, Pan America,” said VP Marketing Theo Keetell. “We look forward to sharing this moment with our customers and dealers from around the world.”
A further online event taking place at 16:00 GMT on 22nd February 2021, will see the focus firmly on the Harley-Davidson Pan America when the full details of the bike will be revealed.