Back in June last year Harley-Davidson announced its plan to build a small-capacity parallel twin in collaboration with Benelli’s parent brand Qianjiang – and now that bike has broken cover via Chinese social media.

Bearing Harley-Davidson branding and the name ‘338R’, the machine is based on the existing Benelli 302S model but with Harley-specific bodywork and a reworked engine to give a fraction larger capacity. 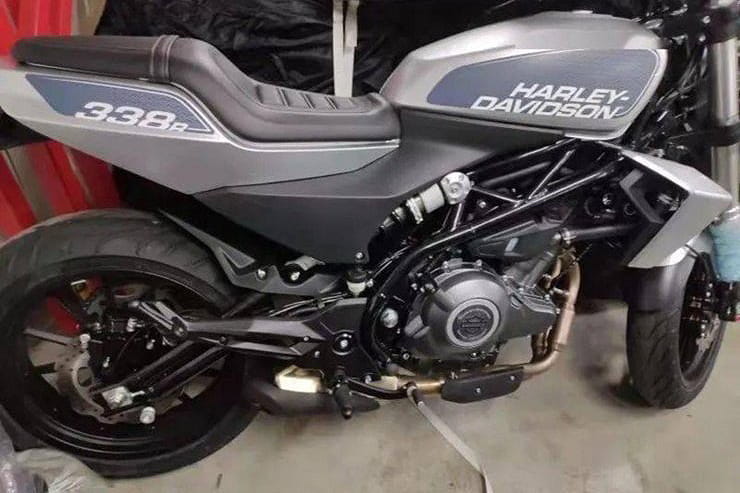 The lone picture of the bike, which appears to be completely production-ready, shows that its frame, suspension, wheels and brakes are all straight from the Benelli 302S. As such it’s a fair bet that the weight will be around the same as the Benelli, which comes in at 185kg.

The engine is believed to gain its 338cc capacity by combining the bottom end and crankshaft of the 300cc Benelli 302 and the pistons and cylinders of the larger Benelli 502 twin. That mixture gives a bore of 69mm and a stroke of 45.2mm, arriving at 338cc.

It’s a capacity increase of around 13% and you might expect power to rise by a similar amount, taking the 300cc engine’s 38hp up to around 43hp. However, Benelli parent firm Qianjiang has recently type-approved its own 353cc version of the engine which is rated at 36hp, 2hp less than the smaller 300cc version. That’s probably down to the need to meet more modern emissions limits. 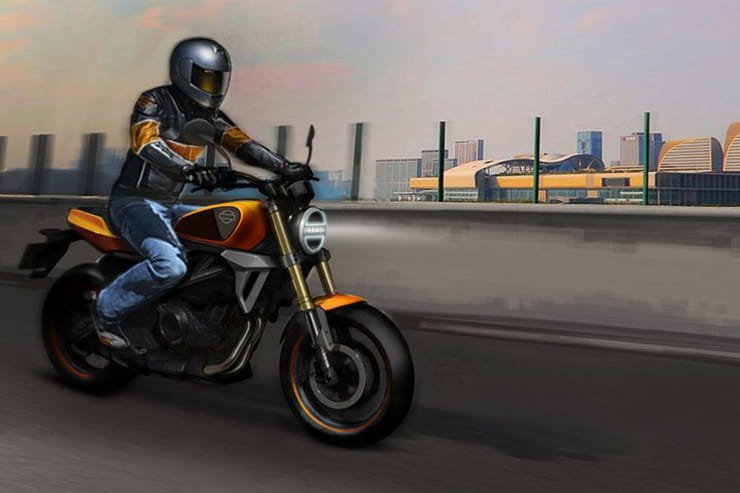 While the Harley’s original announcement in 2019 specified that the new model will be 338cc, the firm later referred to the bike as the ‘HD350’, hinting that it might have had a capacity hike. The appearance of the 353cc QJ model recently, complete with ‘Harley-Davidson Motor Company’ inscribed on its engine cases, reinforced that suggestion, so it’s something of a surprise to see the final bike seems to have reverted to the original 338cc, presuming the ‘338R’ name reflects the engine size.

Whether the final specs show that it’s 338cc or 353cc the difference isn’t likely to have a big impact on performance. 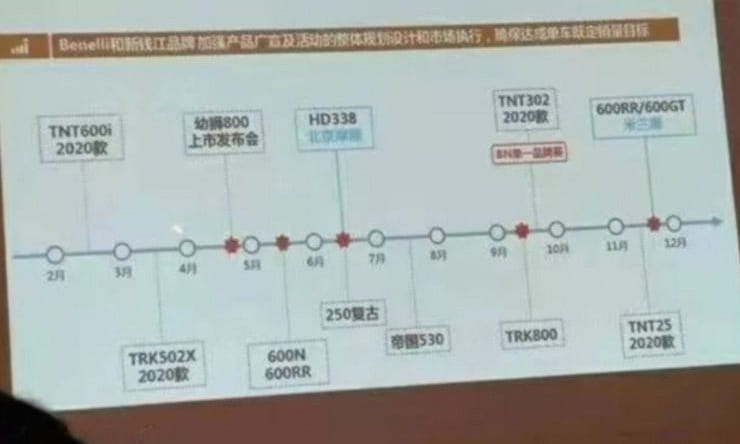 For European or American riders, the Harley 338R’s performance is likely to be a moot point, as the company isn’t likely to offer the bike for sale in the western world.

Instead it’s intended to boost Harley’s presence in Asia and provide an affordable stepping stone to the brand in countries where incomes are lower or where licence and tax rules make larger bikes an unaffordable prospect.

In China, Harley-Davidson dealers are already starting to promote the new model, which has been delayed courtesy of the coronavirus pandemic. It was originally due to debut in June or July, as revealed in Qianjiang’s new model schedule (above).