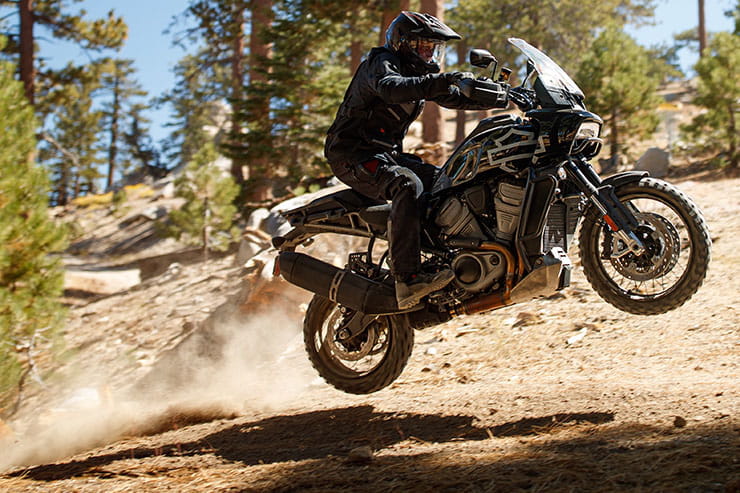 Two years ago Harley-Davidson announced an unprecedented expansion plan that was intended to introduce the brand to new buyers and markets as it moved beyond its cruiser comfort zone. Now that plan is being reined back in again as the coronavirus pandemic slashes bike sales and eats into profits.

Matt Levatich, the President and CEO who introduced the ‘More Roads to Harley-Davidson’ expansion ideas in 2018 ‘stepped down’ – perhaps involuntarily – in February and Harley’s new interim CEO, former Puma boss Jochen Zeitz, has announced the new rethink alongside the firm’s Q1 2020 financial figures.

Dubbed ‘The Rewire’, Harley’s new plans will see it returning its focus to the highest-profit products; a move that could mean some of Levatich’s more ambitious ideas don’t come to fruition. 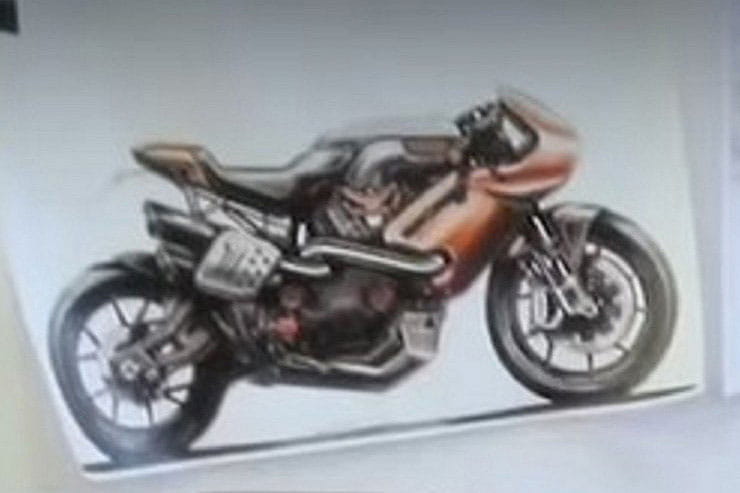 Top recap, the 2018 ‘More Roads to Harley-Davidson’ plan was founded on several pillars. Key elements included the new Revolution Max DOHC V-twin engine and the bikes that it’s intended to power, including the new Pan America adventure bike and Bronx streetfighter, both due later this year. Those bikes, along with a water-cooled custom model using the same engine, were due to form the basis of entire ranges spanning several capacity classes.

‘More Roads’ also introduced the idea of a wider range of electric bikes to follow the LiveWire, including a scooter, a lightweight mountain bike-style model and a middleweight electric machine. Beyond that, the plan introduced the idea of a smaller Harley aimed at the Indian market – a machine that’s since evolved into plans for a Chinese-made 338cc parallel twin, built by Qianjiang and derived from the Benelli 302S. It’s scheduled to make its first official appearance in the middle of 2020.

Now many element of that plan are hanging in the balance. 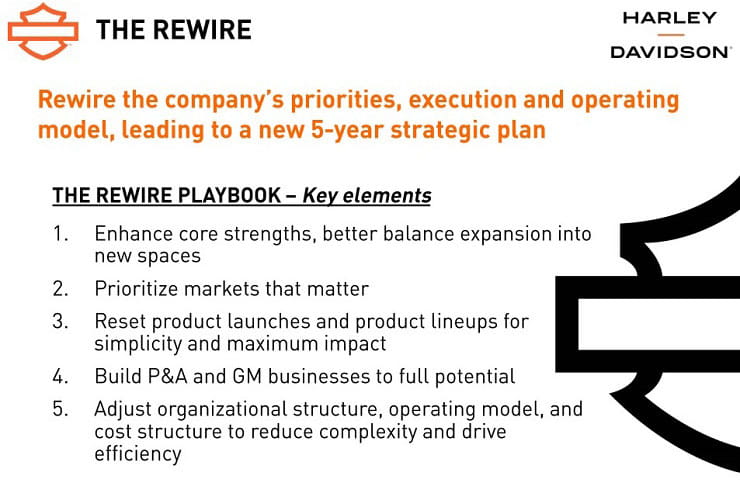 At the moment, details of ‘The Rewire’ are scant. Harley is promising a more comprehensive announcement in three months’ time, but the key elements that have been revealed are:

1: ‘Enhance core strengths, better balance market expansion into new spaces’. In Harley’s own words, this means a “return focus to the strength of brand and company, starting with dealers, customers, stronghold products and committed employees globally.” The firm will also re-evaluate its strategies to reach new riders.

2: ‘Prioritize markets that matter’. This is described as a plan to “narrow focus and invest in the markets, products and customer segments that offer the most profit and potential.” In other words, Harley wants to double down on its traditional US cruiser market.

3: ‘Reset product launches and product line up for simplicity and maximum impact’. This means rescheduling some new model launches – potentially pushing back the bikes that would have debuted later this year to early 2021 – and probably cutting out some of the less core models.

5: ‘Adjust and align the organizational structure, cost structure and operating model to reduce complexity and drive efficiency to set Harley-Davidson up for stability and success’. 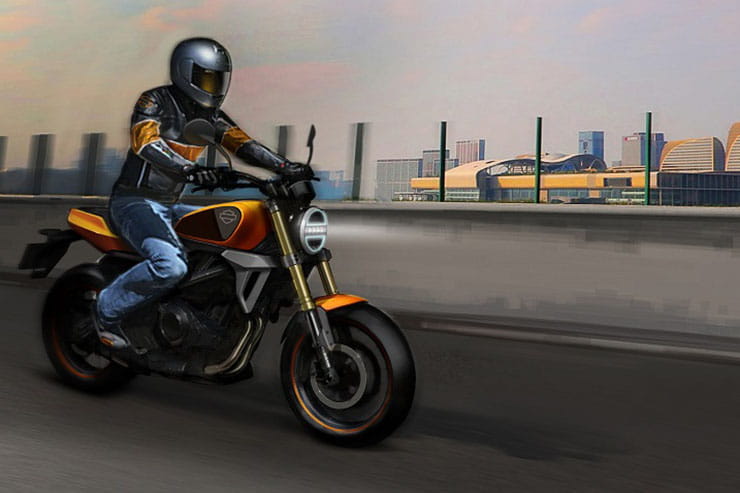 Of those ideas, the elements that suggest refocussing back on the traditional American cruiser market might be troubling for those who believe Harley-Davidson made a huge mistake the last time it hit rough water, during the 2008/9 financial crisis.

Back then, the firm’s response was to radically cut back investment in non-core markets and models, resulting in the closure of the Harley-owned Buell brand just as it was getting on its feet with a new range of high-performance, DOHC water-cooled models. Harley had also recently bought MV Agusta, and the financial crash meant it sold the Italian brand for a token amount rather than investing more into it.

Over the last decade, Harley’s 2009 decision to retreat to its familiar cruiser markets has often been blamed for the firm’s diminishing sales and ageing clientele.

The ‘More Roads to Harley-Davidson’ plan was intended to address that criticism and reverse the trend by creating Harleys that appealed to a wider spread of riders, particularly in international markets. 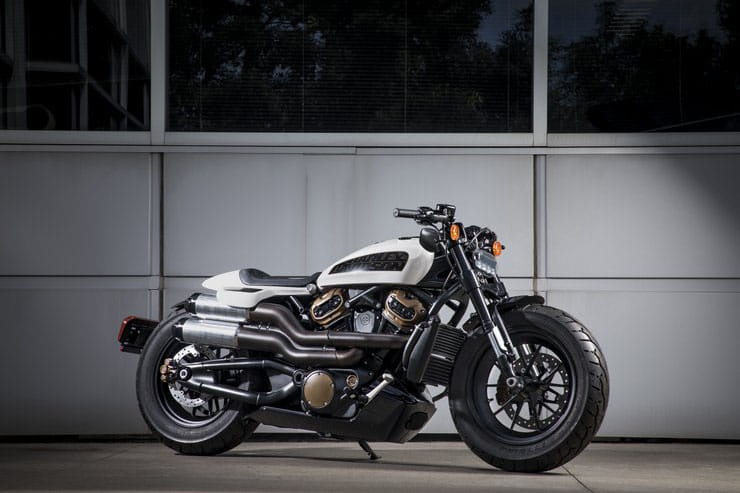 Although ‘The Rewire’ will inevitably mean some of the planned new models don’t see the light of day, the Pan America adventure bike, Bronx streetfighter and LiveWire electric bike are all safe.

Harley’s statement said that it will “remain committed to Adventure Touring, Streetfighter and advancing electric motorcycles.”

Indeed, the electrification of Harley is seen as one of Zeitz’s main targets. Levatich credited him as an inspiration behind the LiveWire and Zeitz has strong environmental credentials – alongside Richard Branson he co-founded ‘The B Team’, a non-profit business aimed at promoting sustainable business practices – so Harley’s electric bike plans are likely to be relatively safe in the coming shake-up.

As for the other plans, ‘The Rewire’ outlined so far makes no mention of the water-cooled, DOHC custom bikes that were intended to follow the Pan America and Bronx, suggesting those machines might have fallen by the wayside. Nor does it reference the planned Qianjian tie-in and Indian market expansion ideas.

Will ‘The Rewire’ work? We’ll have to wait and see, but at Puma, Zeitz oversaw a revival that boosted the ailing firm’s share price by 4000 percent (he was just 30 years old when he became CEO in 1993), so he’s clearly got a strong track record for turning fortunes around.

In response to the announcement, Harley’s share price – which had fallen by half during March – perked up slightly.

Zeitz said: “COVID-19 has dramatically changed our business environment and it is critical we respond with agility to this new reality. The crisis has provided an opportunity to re-evaluate every aspect of our business and strategic plan. We have determined that we need to make significant changes to the company; to our priorities, to our operating model and to our strategy to drive more consistent performance as we emerge from this crisis. We will reduce complexity, sharpen focus and increase the speed of decision-making. These efforts will pave the way for a new strategic plan that incorporates some key products and initiatives from the current plan but focuses on improved profitability and long-term growth. As a result, we will emerge as a stronger and more efficient company and reignite the Harley-Davidson soul.”