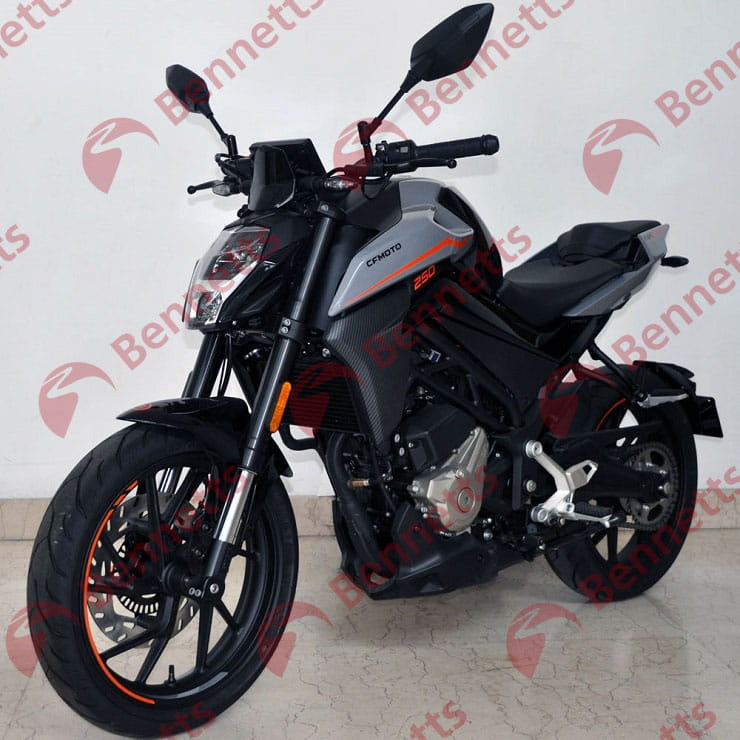 CFMoto’s efforts to become China’s leading motorcycle brand appear to be paying off with an increasingly impressive range on offer. Now leaked images have emerged showing a new generation of the firm’s 250NK/300NK and it’s clear that the company has taken its stunning V.02-NK concept as a template for the new design. 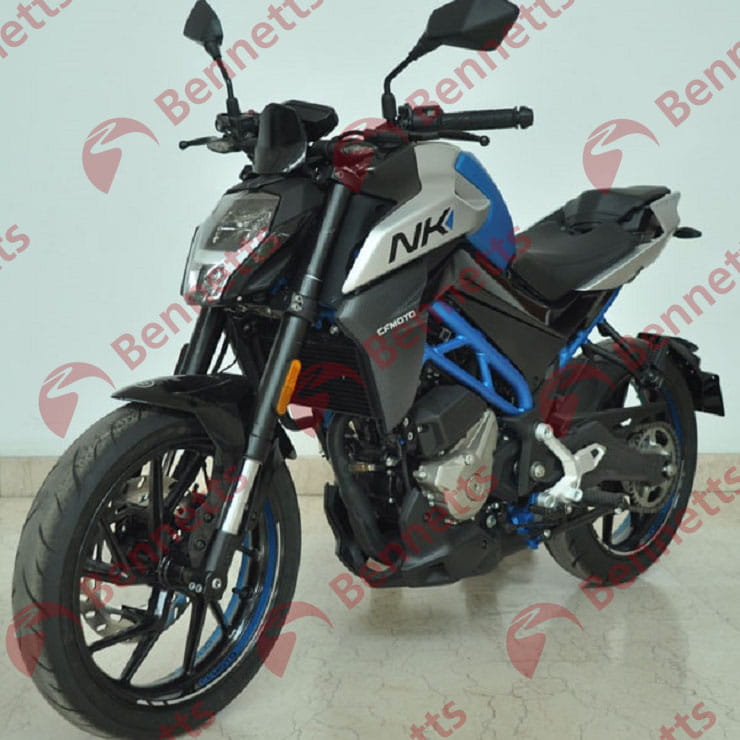 Although the frame, brakes and suspension appear to be carried over from the current model and the engine is largely unchanged, the next NK inherits the wheels from the new 300SR sports bike and its updated styling is a clear step forward and takes its inspiration from the 2017 V.02-NK concept.

The V.02-NK might have had an awkward name bit it marked a huge step forward in CFMoto’s alliance with KTM. It featured a specially-developed version of KTM’s LC8 V-twin engine, which has since made its way into CFMoto’s new 1279cc touring bike, unveiled in China last year. CFMoto’s ties with the Austrian brand also mean it builds the 790 Duke and several smaller models on behalf of KTM, and is soon to officially unveil its own adventure bike using the same engine, the CFMoto 800MT.

The tie-in also means CFMoto’s latest models are usually styled by KTM’s favoured design company, KISKA, and it’s likely this is where the new 250NK/300NK’s appearance comes from. 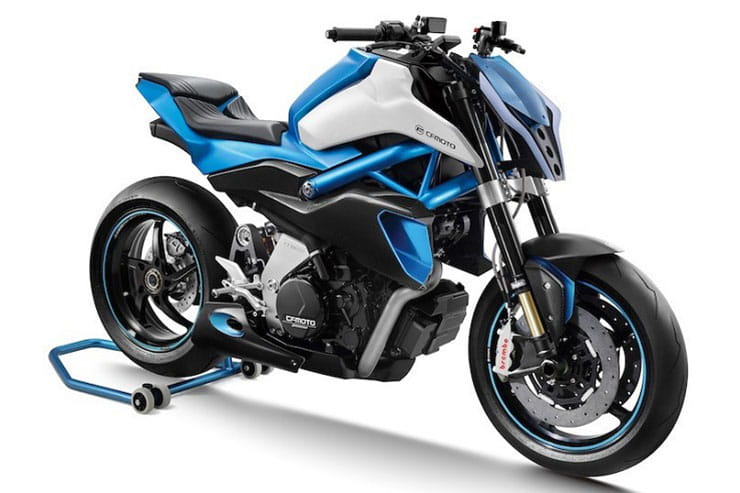 While the headlight appears to be the same as the current 250NK and 300NK (the two models are identical apart from their engine capacity), the bodywork behind it is new. The fuel tank cover is clearly split into distinct front and rear sections, with the former extending forwards on each side, just like the V.02-NK concept. Carbon-effect radiator cowls hang below those jutting sides, and there are new air vents on each side of the tank.

According to the type-approval documents, which give tech details of the 250cc version, the 250NK’s peak power rises a fraction to from 26hp to 27.5hp. Weight is also up a little, from 151kg to 158kg, although it’s not clear if the Chinese type-approval uses the same measurement standards – full or empty tank, for instance – as those quoted on CFMoto’s current model spec sheet. On the 300NK that’s likely to appeal more in this country, it’s likely the specs will be similar to those of the 300SR that will go on sale in the UK in April.

Given that we saw similar type-approval documents for the 300SR as far back as October 2019, it could be another 18 months before the updated 300NK and 250NK make their debut over here.