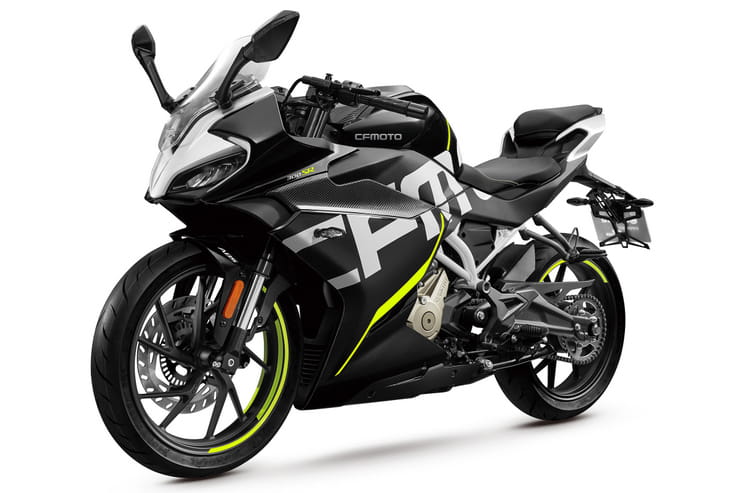 It was way back in May 2019 that CFMoto revealed the first hint that it was entering the small-capacity sports bike market by showing a race-spec 250cc single. Now the 300cc European-spec production version has been revealed and will hit UK dealers in April.

If ever a bike exemplifies the ongoing improvement in the output from China’s motorcycle industry, it’s the CFMoto 300SR. The styling is genuinely good, with lines that could easily fool onlookers into believing it’s a much bigger, pricier machine but without the derivative look that’s often associated with Chinese bikes. That’s probably thanks to the fact that CFMoto, which has ever-closer ties to KTM, has used styling firm Kiska Design – also responsible for KTM styling – to pen most of its recent models. 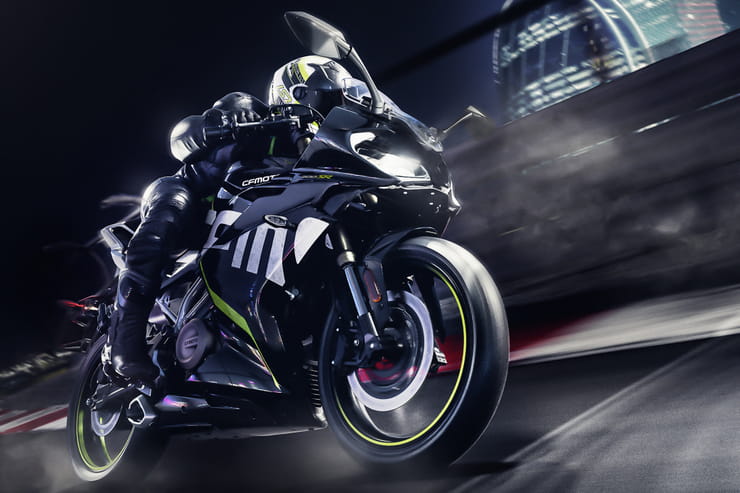 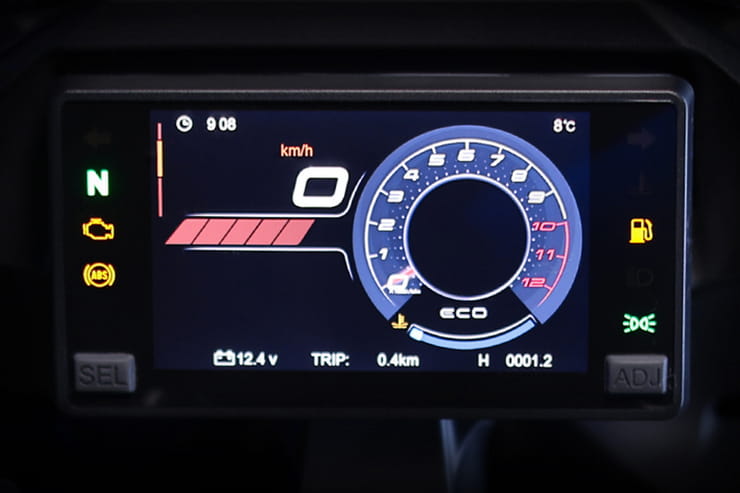 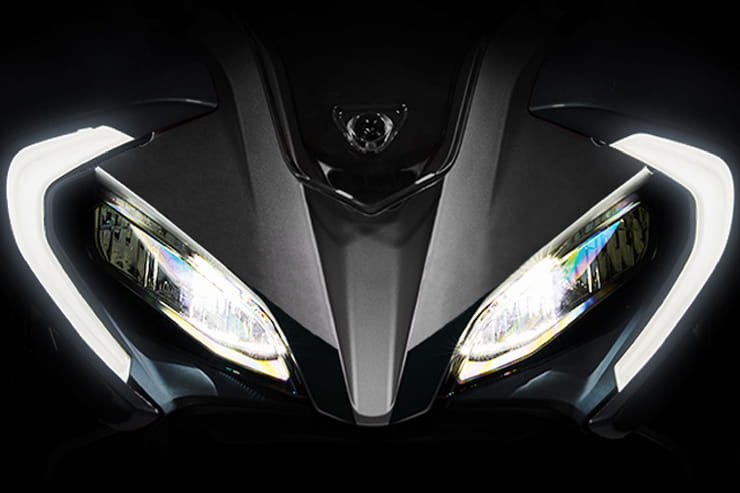 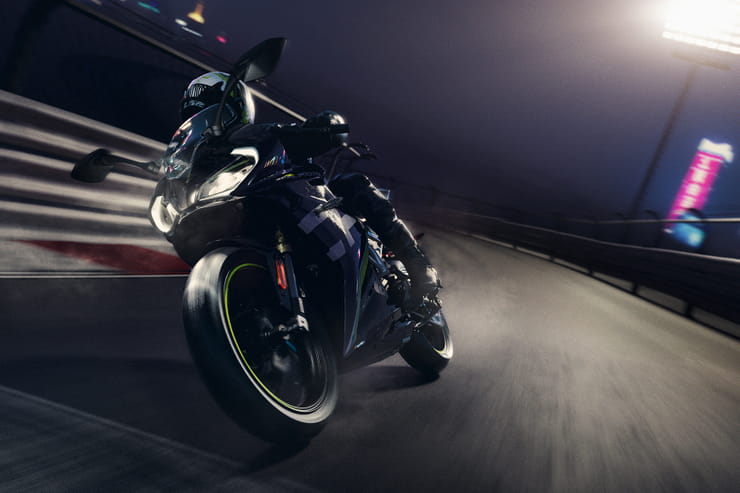 Under the skin, the 300SR’s convincing specs show that it has the engineering to back up those looks.

The engine is a 292.4cc, DOHC, water-cooled single that’s already proved itself the 300NK roadster that impressed us back in 2019. Putting out a claimed 29.2PS (just under 29hp) and 18.7lbft of torque, it’s a fraction brawnier in 300SR form: the NK makes 27.5hp. Bosch fuel injection, low-friction coatings for the engine internals and a balance shaft to keep everything smooth mean it doesn’t give away anything to rivals in terms of technology. In fact, brand new rivals are thin on the ground – Honda’s CBR300 has disappeared from the UK market, as has Suzuki’s GSX250R, while Kawasaki’s Ninja 400 and Yamaha’s R3 are both larger-capacity, twin-cylinder machines operating in a slightly different sphere. 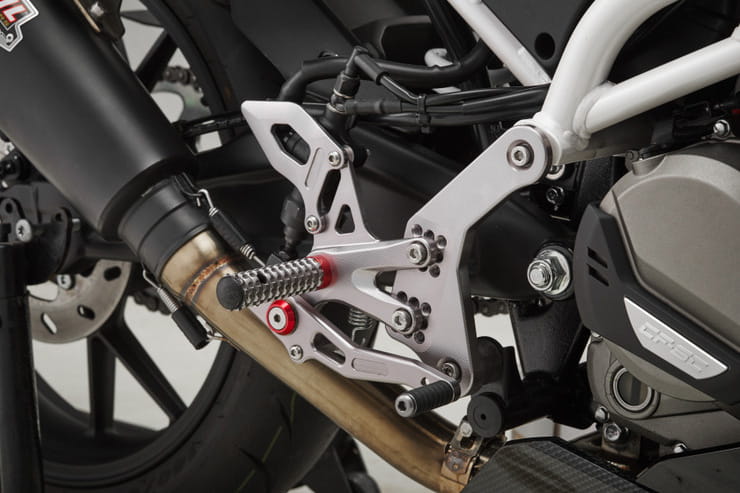 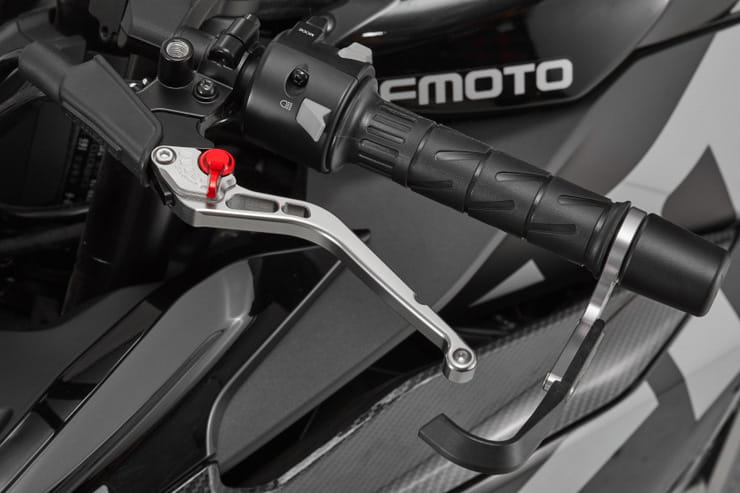 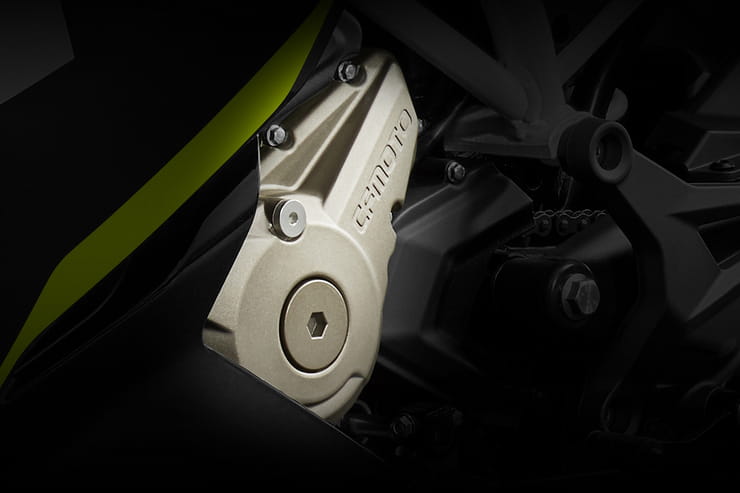 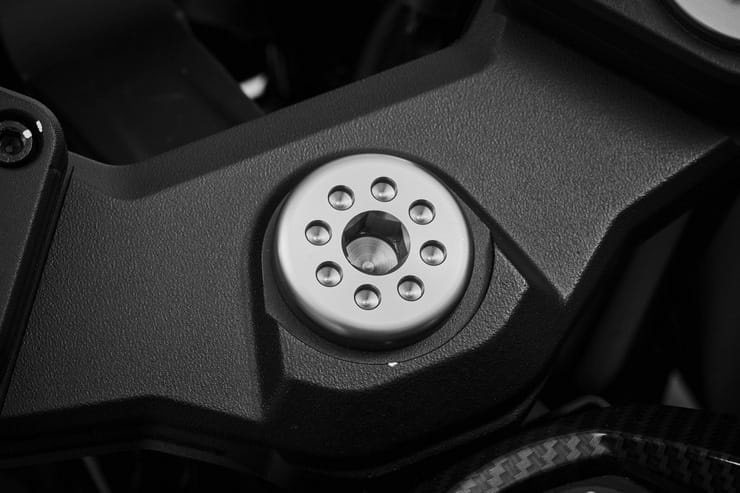 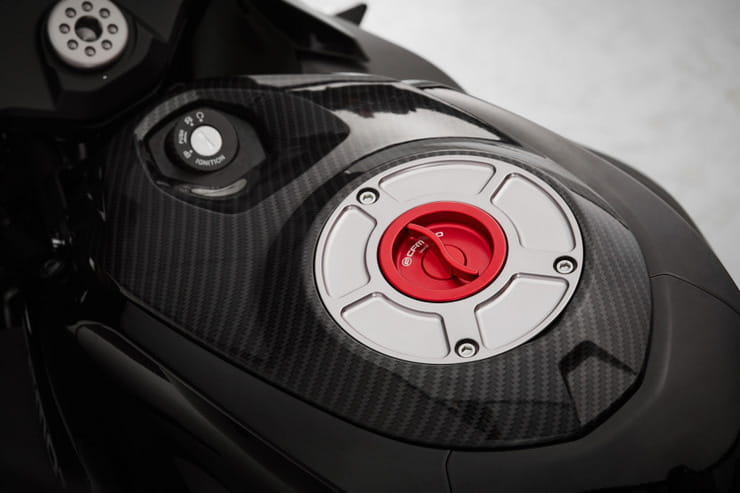 Chassis-wise, the 300SR is again closely related to the 300NK, and that’s a good thing. We praised the naked bike’s agility and ride quality back in 2019, and there’s no reason to believer the faired model will have taken a step backwards on either front. The forks are 37mm upside-downers, with a single radial-mount, four-piston brake caliper at the bottom gripping a 292mm disc, abetted by a 220mm rear brake and single-pot caliper. ABS is standard, of course, and supplied by Continental.

On board, there’s a simple but modern-looking colour TFT dashboard that includes access to the bike’s two riding modes (sport and rain) and features auto brightness control to adjust for ambient light. There’s even built-in phone connectivity.

CFMoto is also promising a range of upgrades and bolt-on bits to personalise and improve the 300SR. Initially, the parts on offer will include higher-spec levers, lever guards, footpegs, a quick-release filler cap and bolt kits to dress up the engine.

Price will be key to its success, of course, but since the naked 300NK comes in at £3399 and shares many of the same parts, it’s clear the 300SR will be an affordable proposition.