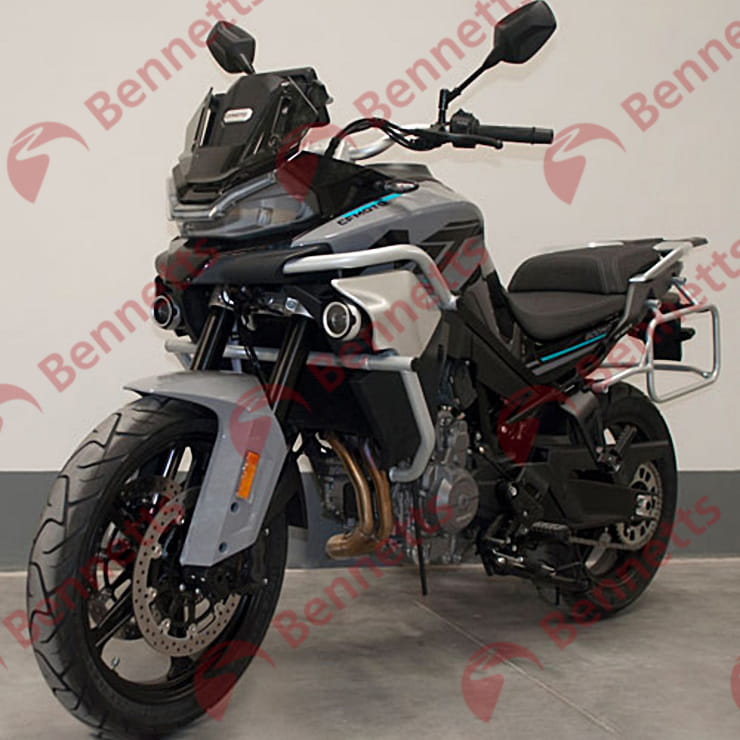 Just last week we revealed the world’s first pictures of the finished version of CFMoto’s upcoming 800MT adventure bike – and now we’ve got shots of another variation on the machine.

Confirming our suspicions, CFMoto has filed new documents with Chinese authorities to type-approve an alloy-wheeled version of the upcoming bike, to be sold alongside the wire-wheeled model seen in the previous images.

The new documents also pad out the technical information, finally confirming that the 800MT will use the 95hp, 799cc version of KTM’s LC8c parallel twin. That’s the same spec that was used in the KTM 790 Adventure before it was superseded by the more powerful 889cc 890 Adventure for KTM’s 2021 model year. CFMoto already manufactures the LC8c engine on KTM’s behalf, as well as building complete bikes for the Austrian firm.

We can also confirm that despite their different constructions, the two sets of wheels on offer are the same size. Whether you pick wire or alloy options, you get a 19in front clad in 110/80 R19 rubber and 17in rear with a 150/70 R17 tyre. The bikes’ weights are also unchanged regardless of wheel choice, with ready-to-ride kerb figures of 231kg for the base model and 248kg for the version fitted with alloy side cases and top box. All versions of the bike are rated to have the same top speed of 118mph.

Although CFMoto has yet to make an announcement about the 800MT, KTM’s own investor relations documents show that the model is due to go into production in the first quarter of 2021, becoming the first mass-produced CFMoto model to be offered with a KTM engine. The CFMoto also borrows the KTM’s tubular steel chassis design, although elements like the swingarm are unique to the 800MT, as is the styling, which is much more conventional and all-enveloping than the stripped-back, lightweight look of the KTM 790/890 Adventure.

The Chinese firm has also recently unveiled its 1250cc tourer using a variation of KTM’s big V-twin engine, but that motor is significantly changed to suit its new role. 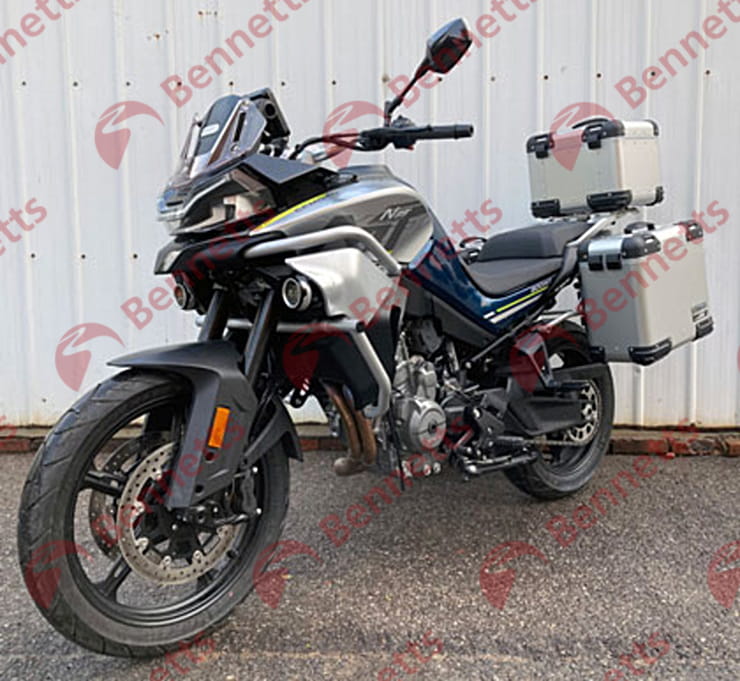