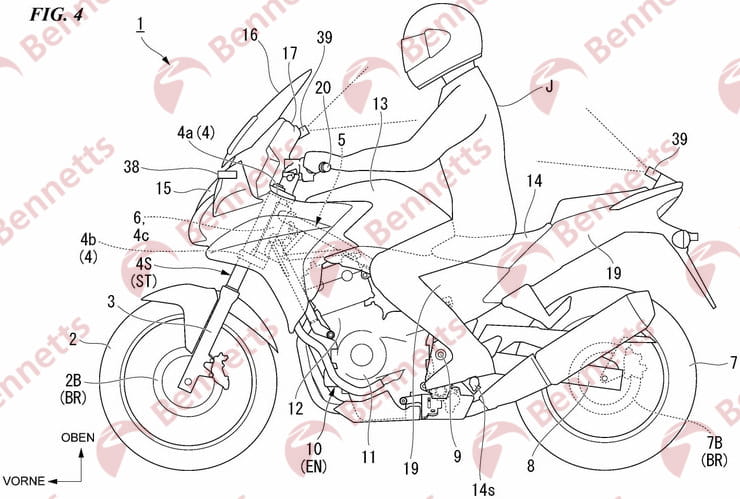 Adaptive cruise control is one of the key new technologies coming to bikes in 2021 but the radar-based tech is just a stepping stone towards increasing autonomy. Now Honda is working on system that will provide steering assistance as well as automatic acceleration and braking.

The technology is increasingly well-established on four wheels, with ‘driver assistance’ systems rapidly improving in modern cars. Just last week Tesla began beta-testing its ‘Full Self-Driving’ technology, which is intended to give its cars the ability to undertake entire journeys with the driver acting as a supervisory safety-net rather than taking direct control, and a host of current modern cars have ‘lane-assist’ systems as well as adaptive cruise, effectively giving them the ability to operate on motorways without involvement from the driver. There are legal loopholes to be cleared before truly autonomous vehicles are allowed to operate on the roads without human supervision but there’s no question about the direction that development is heading. 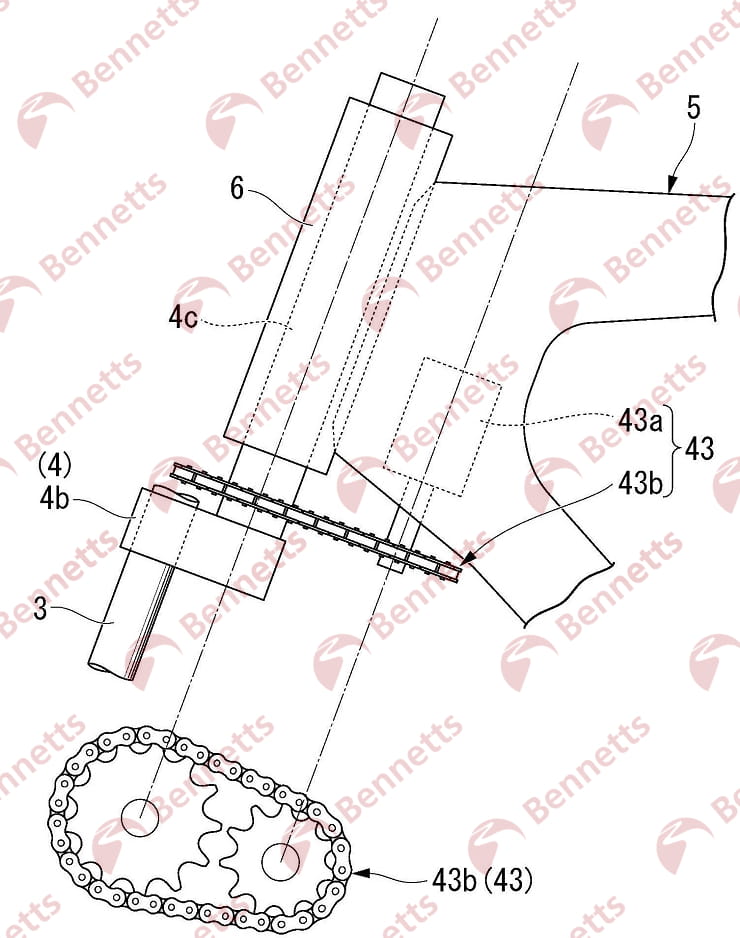 In 2021, bikes take their first step in the same direction, with Bosch’s radar-assisted adaptive cruise control appearing on Ducati’s Multistrada V4 and as an option on BMW’s updated 2021 R1250RT. The system keeps a constant distance from vehicles ahead, automatically controlling the throttle and brakes when it’s engaged to maintain the gap even as traffic changes speed. KTM and Kawasaki have also signed up to use the technology, and it won’t be long before it becomes relatively commonplace.

Honda has always liked to be a high-tech pioneer, but the company’s usual modus operandi is to develop its own in-house systems rather than buying them in from others. As such it’s no surprise to see patent applications for Honda’s own adaptive cruise control. What is surprising is the fact that the latest design also includes a steering-assist system.

The patent document shows a servo motor mounted behind the steering head with a chain connecting it to the bike’s forks. Under normal conditions, the motor would act a bit like an adaptive steering damper, helping to prevent or control unwanted head-shakes, but the patent also suggests it can steer the bike itself, particularly when it comes to lane-changes on motorways.

Honda has already demonstrated that it can make self-balancing bikes using an auto-steering system, in its Riding Assist and Riding Assist-E prototypes, so the technology is real world stuff, not pie-in-the-sky.

Honda’s patent application, written in German, shows how a bike could automatically steer around obstacles and follow sat-nav directions.

The idea is to have adaptive cruise control using radars, cameras or both to monitor traffic ahead and a computer to operate the brakes and throttle and maintain a safe distance even as traffic speeds change. But the addition of steering control means the bike can also automatically change lane and even follow sat-nav instructions, for instance leaving a motorway at a chosen junction without any help from the rider.

The steering servo can also apply steering inputs automatically to counter side-winds or even to assist in emergencies, acting alongside traction control and ABS to help prevent crashes.

Of course, such a level of control gives the bike’s computer an unprecedented amount of responsibility and there’s a clear desire to ensure it’s not abused. Car makers introducing ever more capable semi-autonomous systems are increasingly adding driver-monitoring cameras to make sure the human at the controls remains alert and vigilant even when the car is operating the controls, and Honda’s patent suggests a similar idea for its bike. The document shows a camera in the bike’s dashboard, pointing at the rider’s head, and another in the tail unit looking at the rider’s back. The idea is to monitor your riding position and add that data into the mix – helping the bike decide whether you’re alert and assisting in deciding whether inputs at the bars are intentional or accidental.

It’s clearly going to be years before any sort of lane-assist system for bikes is ready for real-world use, but it’s clear which way the wind is blowing when it comes to autonomous-driving technology. Does it have a place on bikes? While the idea of relinquishing control to a computer might be scary, provided the tech works reliably it could take some of the mental strain away from long motorway trips while still handing back full control when you find some more interesting roads.