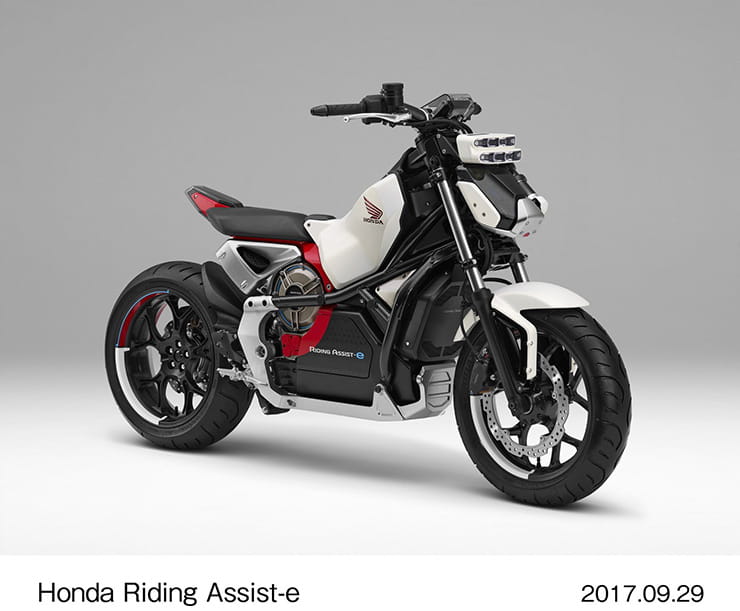 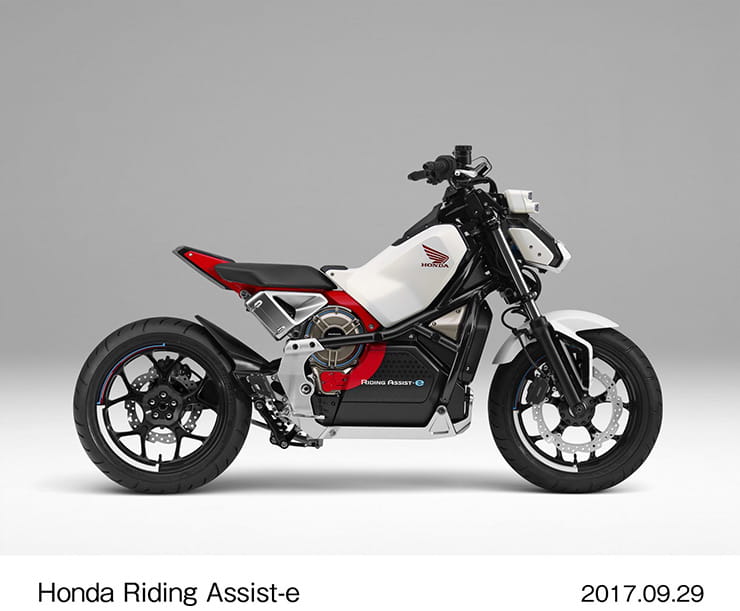 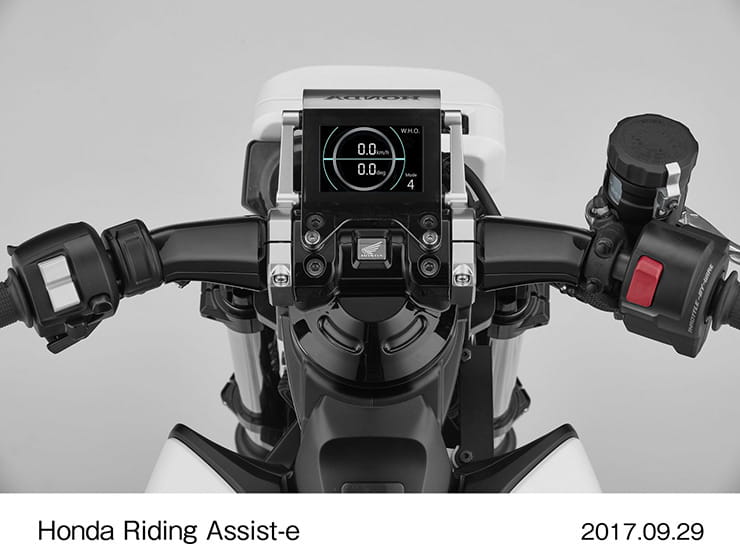 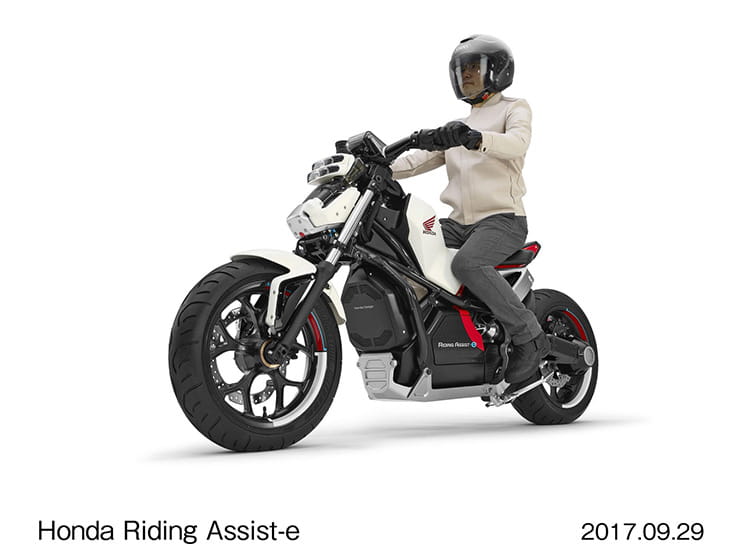 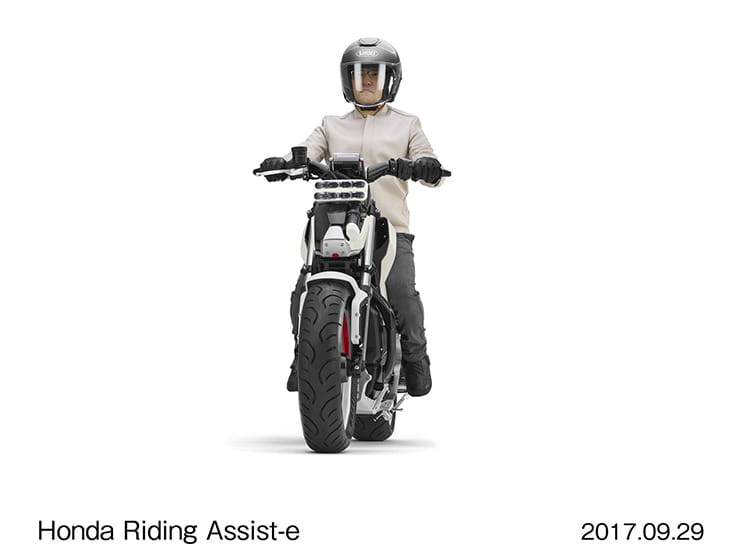 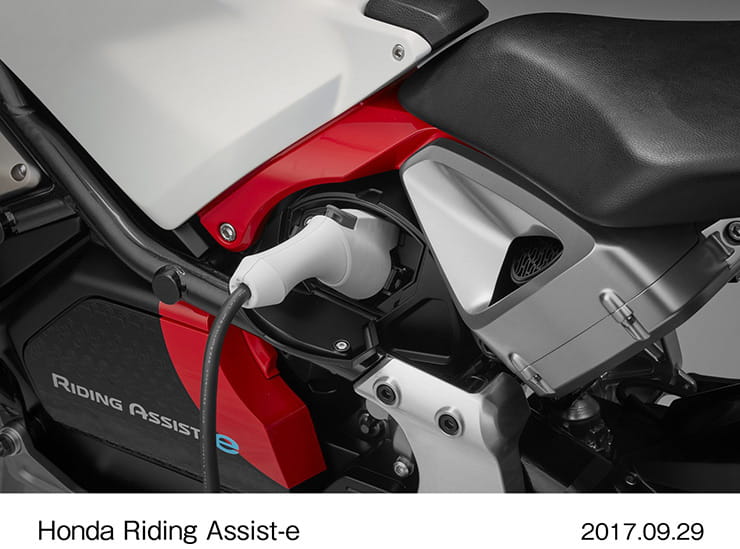 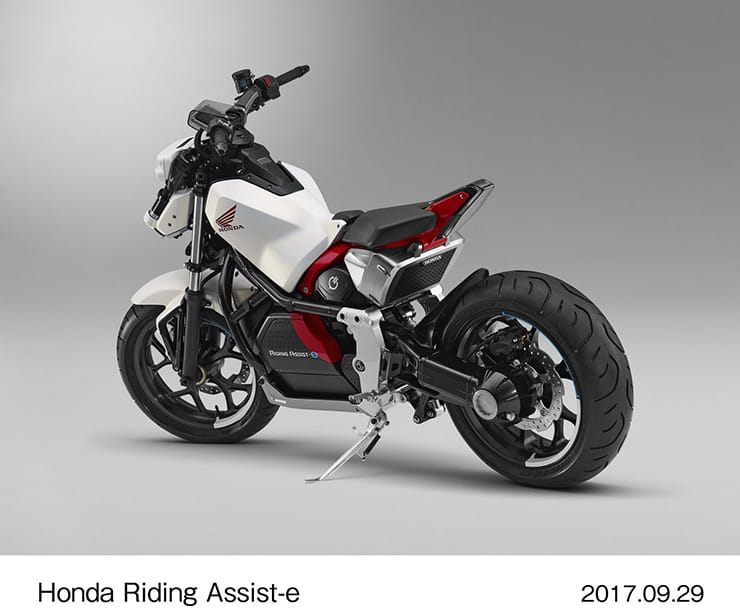 Honda has released the first details and images of some of the bikes it will be displaying at the Tokyo Motor Show starting on 25 October.

Although the initial list of concepts, pre-production models, race bikes and full-production machines isn’t the firm’s complete line-up for the event, it’s already got an interesting centrepiece in the form of the Riding Assist-e concept.

Back in January this year, Honda revealed its first Riding Assist concept at the CES show in Las Vegas. Based on the NC750S, it added a computer-controlled steering system that let it balance itself even with no rider aboard. Although lacking a clear purpose, the demonstrations of the riderless machine trundling along at walking pace without even a wobble were impressive to see. In terms of real-world applications, it’s likely that the system will lead to developments in stability control.

The new Riding Assist-e concept is a development of January’s bike and, as the lower-case ‘e’ suggests, it’s an electric version. Like the petrol-powered version it has a variable-angle steering head, able to rake-out the front end and add more stability at low speeds. It also can steer the front wheel independently of the bars to make minute adjustments and keep the bike upright, rather like a trials rider does.

While the Riding Assist element is the headline technology, the bike’s electric powertrain is probably nearer to being a production reality. Strip away the wilder elements of the styling and the self-steering tech, and this concept starts to look like a rather viable electric version of an NC750S.

Unlike the petrol version, there’s a shaft-drive transmission with a single-sided swingarm, and the greatest mass – the battery – is mounted low down, with the electric motor fitted above it.

Honda’s official line on the bike is that it ‘embodies Honda’s 2030 vision of free and fun moving pleasure and the realisation of a carbon-free society.’ 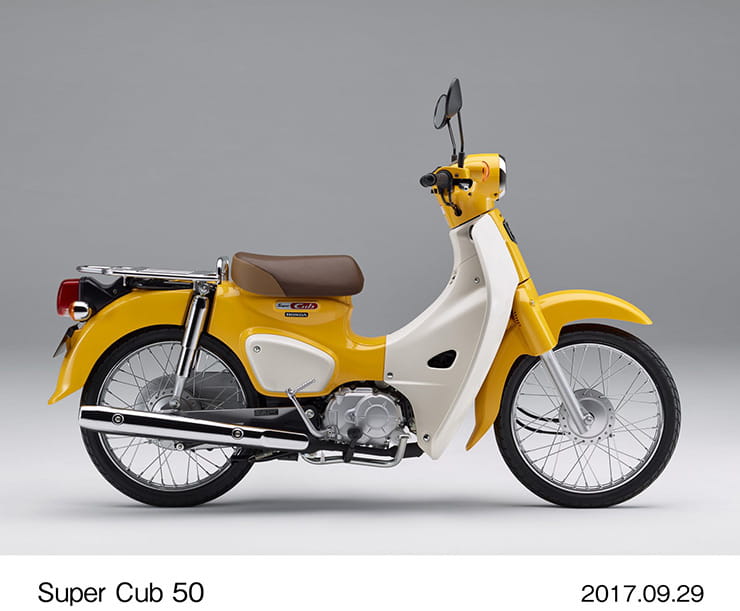 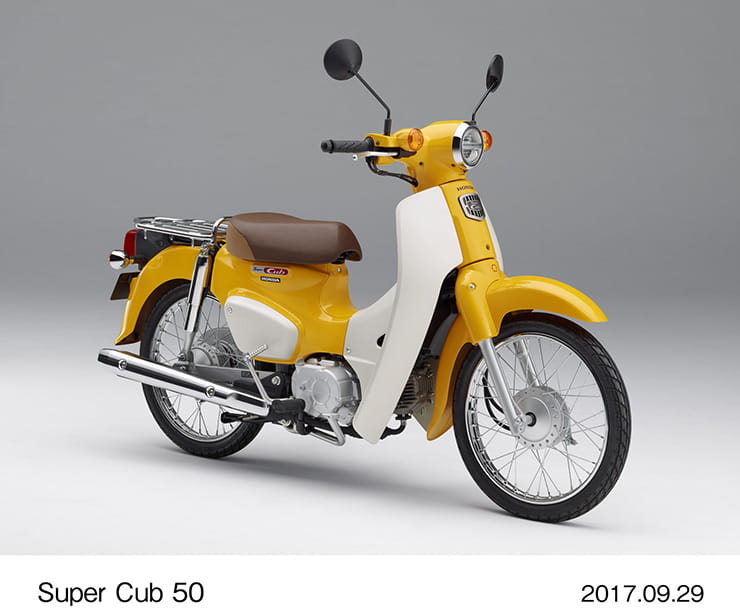 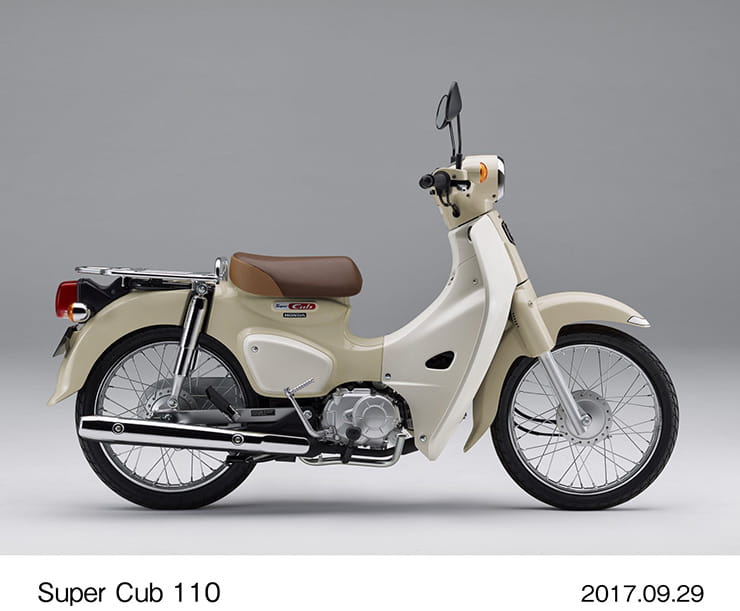 The Riding Assist-e is the most interesting of Honda’s Tokyo Show bikes to be revealed so far, but it may not be the most significant in terms of large-volume production. There’s also a strong focus on the Cub range of scooters.

Among the concepts will be a 100 million unit commemorative model of the Super Cub 110, marking that production landmark for the world’s most popular motorized vehicle. Honda will also show a Super Cub C125 concept, hinting at the future for the Cub line-up.

Production models on display will include the Super Cub 50 and Super Cub 110 (both pictured above).

There will also be a world premier for the planned-for-production Cross Cub 110, presumably an update on the existing bike of the same name, which is a tougher version of the Cub that’s offered in some markets, particularly in Asia.

The CRF250 Rally, already shown in Europe last year, will make its Japanese debut, and Honda will also show the 2018 versions of its Japanese-market favourites the CB1300 Super Bol D’or and CB400 Super Four.

There will be a smattering of customised bikes including ‘Custom Concept’ versions of the CB1100RS, CBR250RR and Rebel 250 which are likely to be the same ones that were shown at the Osaka show in March this year. Racers on display will include this year’s RC213V, and historic models again show a focus on the Cub, with a selection of the versions from its long production, dating back to the 1950s.