Honda’s self-balancing motorcycle doubles up as a pet 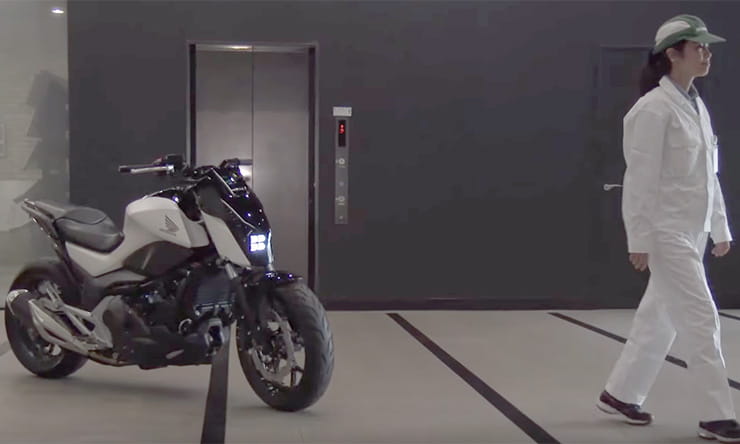 By virtue of having two inline wheels, motorcycles and bicycles aren’t designed to stand up on their own without either extra wide/flat tyres or some kind of support be it a side stand, wall or the feet of a rider.

I speak from experience having suffered the embarrassment of toppling off a Yamaha Tracer 700 at precisely 0mph.

Back in October BMW introduced us their Vision Next 100 project, a motorcycle whose design inspiration seems to resemble a mix of Tron and The Matrix. It’s unlikely to be around for another 30 years but part of the attraction, say BMW, is that it won’t fall over.

Three months later and at the Consumer Electronics Association exhibition in Las Vegas this week, Honda have unveiled a concept motorcycle that can do more than just not fall over. Despite resembling an NC750S this bike known as the Moto Riding Assist and uses Honda’s robotics technology to maintain balance which “greatly reduces the possibility of falling over while the motorcycle is at rest” reads the press release.

Rather than relying on gyroscopes, which add a great deal of weight and alter the riding experience, the Honda Moto Riding Assist incorporates technology originally developed for the company’s UNI-CUB personal mobility device.

The official video, below, shows technicians standing on the footpegs with arms out wide as the bike shuffles its front wheel to find the balancing spot. Try standing on one leg and you get the idea. The video also shows a technician demonstrating the automatic adjustment of the steering angle or geometry of the rake.

And the pièce de résistance is surely when a sensor under the headlight is activated, the bike will then follow you…like a dog. Why you’d need this functionality we’ve no idea but it’s certainly something we’ve never seen on a bike before.

“Since our founding, Honda has focused on creating technologies that help people,” said Yoshiyuki Matsumoto, President & CEO of Honda R&D Co., Ltd.  “Our goal is to showcase a future technology path that results in a redefined mobility experience.”

If only that Yamaha Tracer 700 had a self-balancing mechanism, my pride and hamstring would have stayed intact. 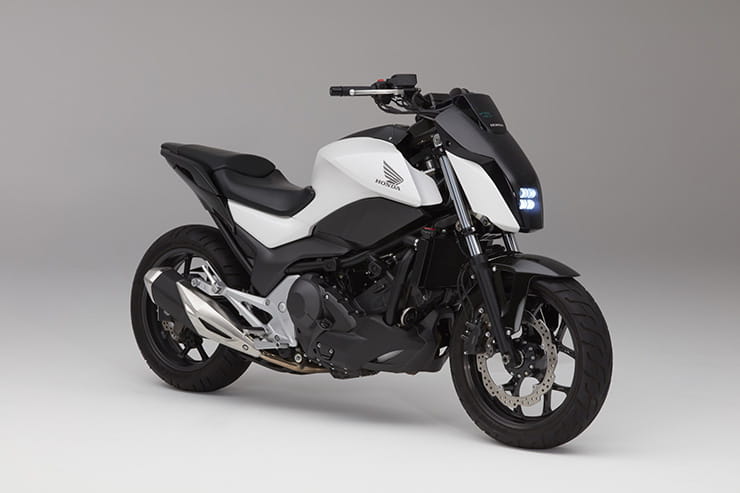