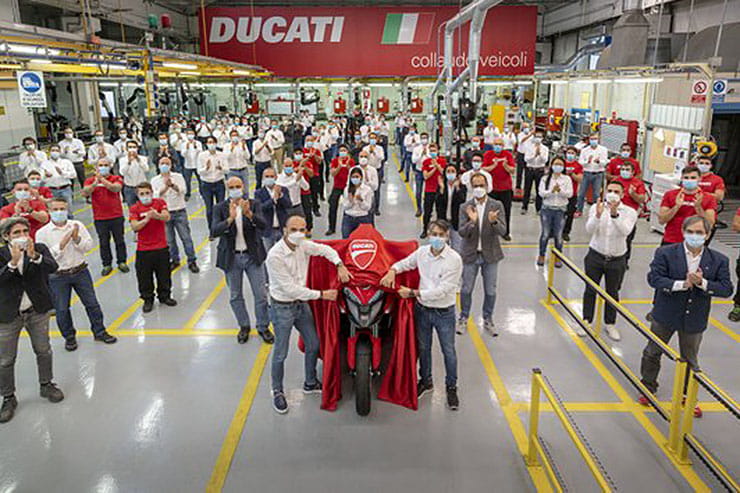 Ducati has ensured its name goes into the history books as the first bike company to mass-produce a radar-equipped motorcycle – announcing that the 2021 Multistrada V4 is now rolling off the lines.

The officially unveiling of the Multistrada V4 is still more than a week away, with full details expected on 15 October, but Ducati’s released a handful of teaser images to accompany its announcement that production has started. They confirm that the bike’s radar-assisted safety systems will be fitted from day one, beating rival companies to the punch. BMW has also said it will be using the Bosch-based radar system on 2021 bikes, and Kawasaki and KTM are also open about having deals to use the setup, but at the moment none of Ducati’s rivals are actually building models using the radars. 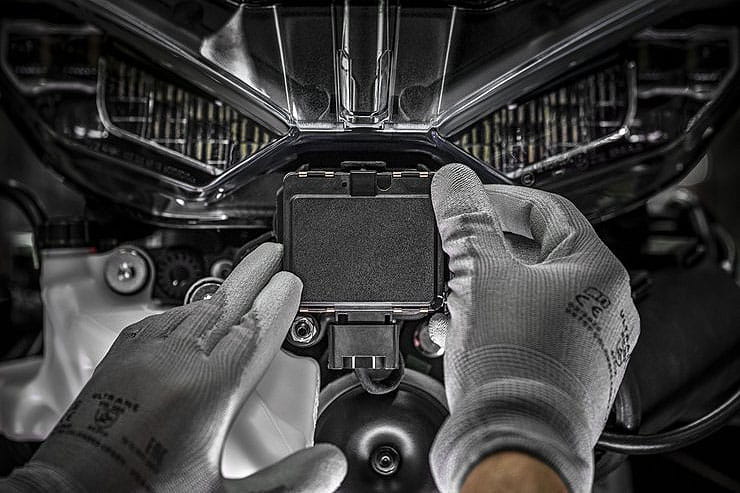 Ducati’s announcement focusses on the radar system, confirming that the Multistrada V4 has both front and rear radars, developed with Bosch and based on the technology that the German firm already supplies for a vast number of modern cars.

The bike’s front radar will be used to enable adaptive cruise control, keeping a constant distance from vehicles ahead by automatically modulating throttle and brakes, as well as providing warnings if there’s the need for an emergency stop. The rear radar provides blind-spot monitoring and warns if vehicles are approaching fast from behind. Ducati says the system marks “new level of excellence in terms of comfort and riding assistance, especially on long motorway journeys.”

Riders will be able to select the distance that the bike keeps from the vehicle ahead when the adaptive cruise control (ACC) is on ,choosing from four settings, and the system works at speeds between 30 and 160km/h (18 – 99mph). 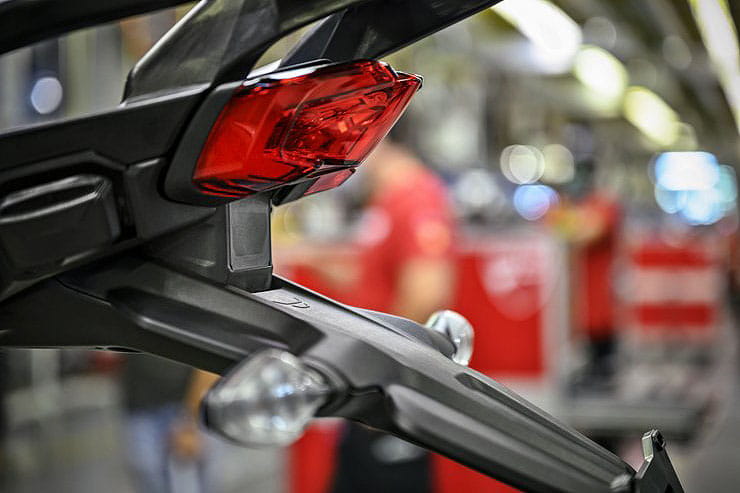 While other details are still secret, we already know that the new Multistrada V4 uses a very different version of the firm’s V4 Desmosedici Stradale engine. Its capacity is upped from 1103cc to 1158cc, but peak power is expected to be significantly lower than the 200hp-plus seen in the Panigale and Streetfighter V4 models.

Ducati hints at this in its new announcement, saying that the engine is ‘designed to meed the needs required for “adventouring” use without neglecting emotion and sportiness’ and explaining that ‘the complete redesign made it possible to reach record-breaking maintenance intervals for the world of two wheels.’

Currently, Ducati’s service intervals are already widespread at 15,000 miles between bigger services and 7500 or 9000 miles between oil changes, so the implication is that the Multistrada V4 will go even further than that between visits to the dealer.

We understand that the Multistrada V4 goes under the internal project number ‘1706’, and the updated engine is project ‘1707’, as revealed by the stampings on pistons shown on the firm’s official teaser website for the bike. So far, that site has revealed two of four planned ‘theories’ behind the bike. The first told us that it features “a new V4 engine which, thanks to careful design and development work, is lighter and more compact than a V2” while the second simply says “The power is smooth and thrilling on demand”. Another update is due on 8 October, with a final teaser coming on 13 October shortly before the official reveal two days later.

Spy pictures have already confirmed that there will be two versions of the new bike – a road-oriented model and a wire-wheeled, knobby-tyred ‘enduro’ spec – but the latest photos are the first to officially show any of the final appearance.

They make it clear that Ducati hasn’t been able to solve one of the biggest issues with radar sensors; they mustn’t be obstructed by sculpted bodywork. While the radars can ‘see’ through thin plastic, it needs to be flat and vertical in front of the sensor, causing a headache for stylists trying to sculpt the front of a bike fitted with a radar system. Ducati has simply left the front radar unit on clear view between the Multistrada V4’s headlights as a result.