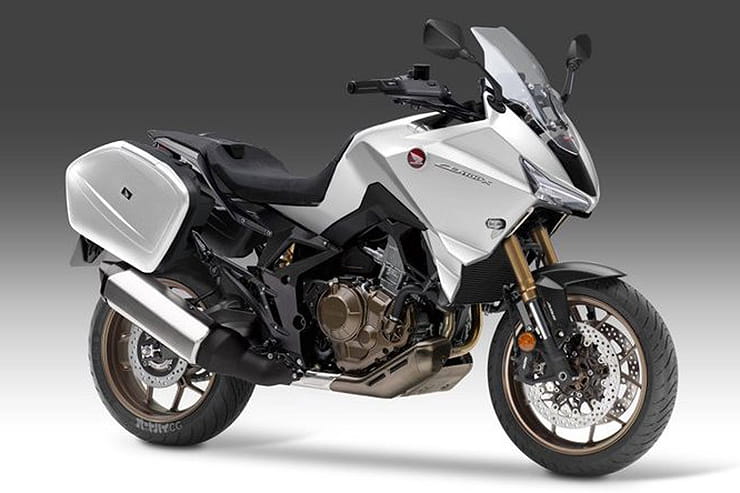 Back in March we revealed that Honda is developing more bikes based around the 1084cc parallel twin engine used in the Africa Twin and now Japanese sources say that one of them will be a road-oriented CB1100X in the mould of the CB500X and NC750X.

These images show how leading Japanese bike magazine AutoBy believes the CB1100X will look, as their source says the styling will be distinct to the new model rather than following in the footsteps of the other ‘X’ machines. It sill features an adventure-style riding position but without the off-road ability of the Africa Twin – so it’s effectively Honda’s equivalent to bikes like BMW’s F900XR.

Patents filed by Honda in March revealed two new frame designs built around the Africa Twin engine. One was a backbone design, a bit like the chassis of the four-cylinder CB1000R, while the other was a trellis-style chassis. Either one of those frames could be destined for the CB1100X.

In terms of style, AutoBy’s rendering shows a machine that takes some cues from the CB125X concept shown two years ago. It has similarly angular shapes, but is significantly broader than the 125cc concept bikes.

The CB1100X isn’t the only additional model that’s expected to use the Africa Twin engine – just last month the firm filed patents showing the same motor fitted to a Rebel-style chassis to create a new mid-sized bobber, bringing Honda into a market that it hasn’t competed in for years.

We’ll keep an eye out for more news on the CB1100X in the coming months, but AutoBy’s sources say the bike isn’t due until the 2022 model year, so it’s likely to be a year before we hear anything official.