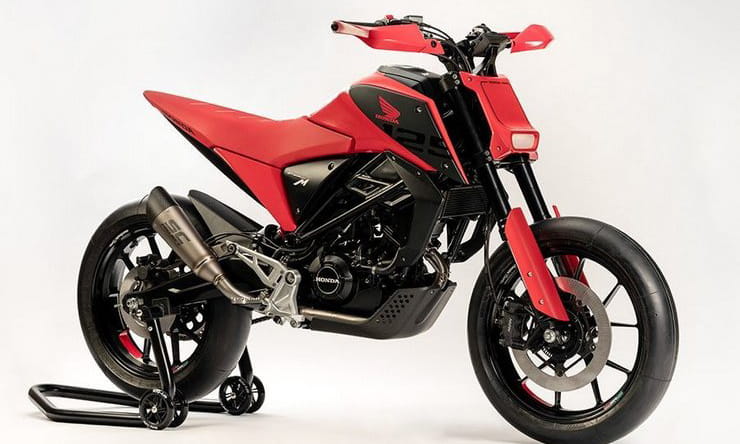 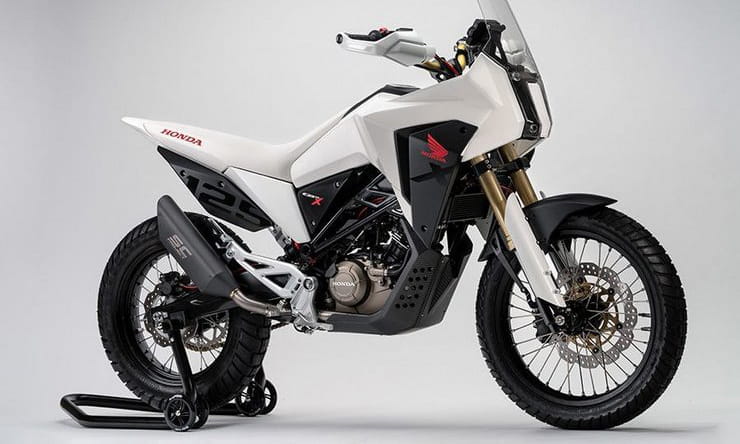 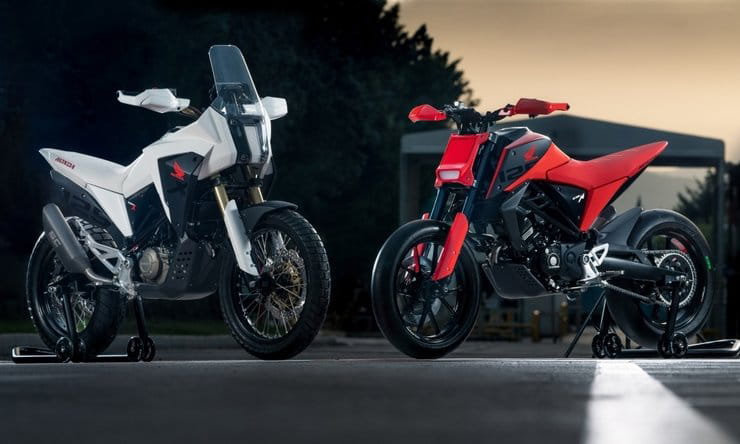 Honda has a habit of using Milan’s EICMA show as a platform to reveal concept bikes that soon turn into production machines.

Looking back over the last few years, EICMA concept bikes have included the ADV, which became the X-ADV production bike, the CBSix50 that previewed the CB650R, and of course the True Adventure concept that was a barely-disguised version of the Africa Twin. So it’s worth paying attention to whatever concepts are shown in Milan, as they could well be in your local dealer within a couple of years.

This time around, Honda’s EICMA concepts are a brace of 125cc machines, both based on the existing CB125R’s frame and engine but given completely new styling.

First we’ve got the CB125X baby adventure bike, which has surely got to be a favourite to become a production reality. Even its name fits neatly in with Honda’s existing range – there’s already the VFR1200X, VFR800X, NC750X and CB500X, so a CB125X production bike would provide a useful entry point to the firm’s adventure bike line-up. The old Varadero 125 used to be a strong seller until it was discontinued in 2009, and given the popularity of adventure bikes surely it makes sense to have one in the line-up.

Mechanically, the CB125X is the same as the CB125R, but the addition of off-road-sized wire wheels, with a large-diameter front rim, long-travel forks and modern, angular styling with more than a hint of Dakar rally bike inspiration gives it a very different appeal.

The CB125M concept is a little more niche, with supermoto styling and the ‘M’ title that ties it to bikes like the CRF250M. The headlight, neatly incorporated into a front number board, is perhaps its most interesting feature, along with the neatly-styled seat unit.

Both bikes have come from Honda’s European design centre, which also created the neo-retro style of the CB125R, CB300R, CB1000R and the new CB650R, not to mention bikes like the X-ADV. Honda points out that Europe has seen a 25% growth in the 125cc class in 2018 so far, so don’t be surprised if something very similar to these machines appears on sale in the not-too-distant future.