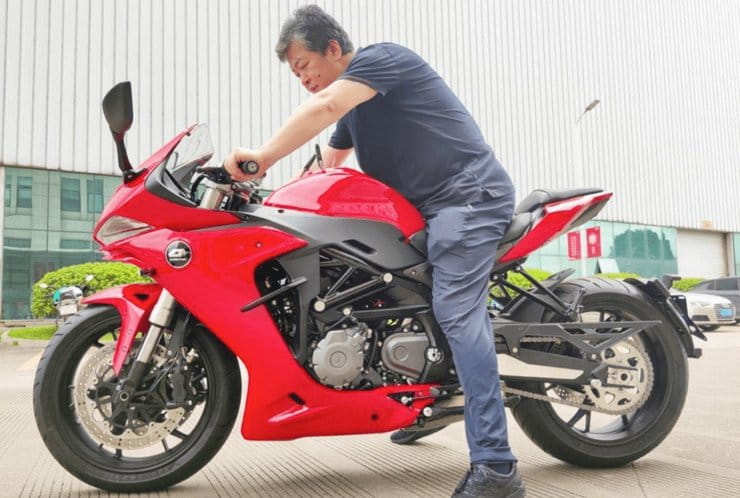 We’ve already shown you the world’s first pictures of the upcoming QJMotor SRG600 four-cylinder sports bike – which is believed to be near-identical to the planned Benelli 600RR that’s due this year – and now it’s clear there will be at least two versions of the bike.

These images, which have emerged in China, are the first to show the bike with the final ‘QJMotor’ badges, suggesting they’re representative of production models. QJMotor itself is a new brand developed by Qianjiang, owner of Benelli, and its machines share their mechanical parts with the Italian-developed bikes. So far we’ve seen the SRK600 naked bike, the only QJMotor to be officially launched at the moment, as well as getting early looks at the SRG600 faired sports model and the SRB750 adventure bike, which is based on Benelli’s 752S engine and chassis. 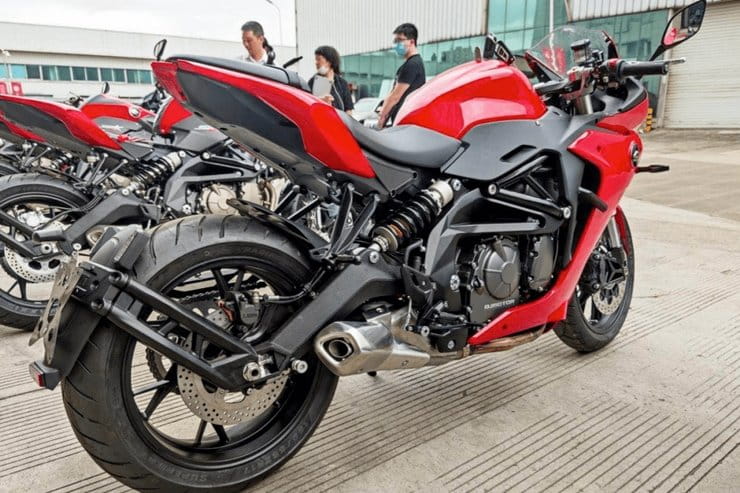 The new images confirm that the new sports model will be offered with a choice of suspension and brake components.

One image (top) shows a bike with silver forks and black, radial-mount brake calipers that appear to carry the J. Juan brand name. Another shot of the same bike (above) taken from the back confirms the same company supplies the rear brake caliper.

A second bike (below), with matching red bodywork, has also been photographed with axial-mount Brembo brake calipers on different forks with a gold finish. It’s an unusual arrangement, as we’d normally expect the combination of Brembo brakes and gold coloured forks to appear on higher-spec bikes, but the use of relatively old-fashioned axial caliper brackets is normally associated with more entry-level bikes. 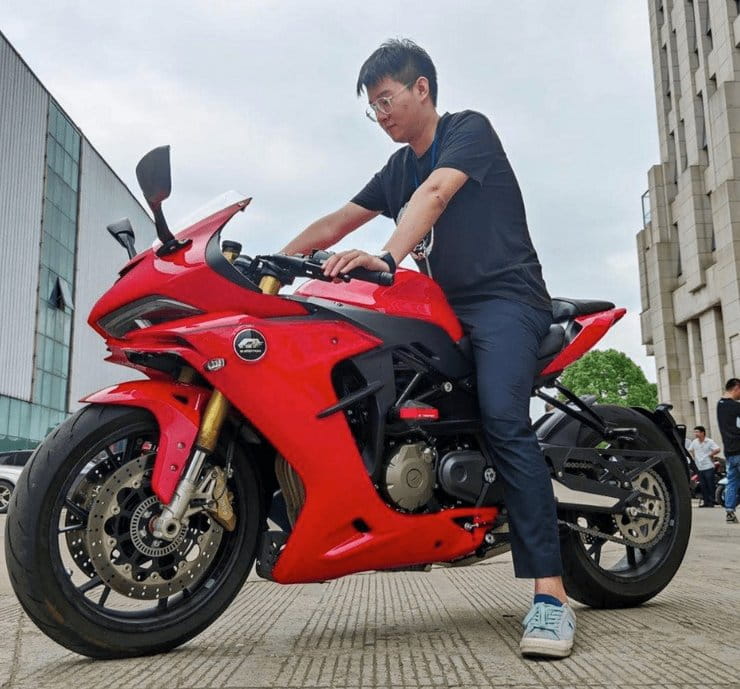 The multiple-tier model range looks set to be a key element to QJMotor’s machines. The officially-launched SRK600 naked bike – which uses the same 80hp Benelli four-cylinder engine and an identical chassis to the faired bike seen here – is being sold in three forms in China.

The base model uses Benelli-branded suspension and brakes, with a list price in China of 43,999 Yuan (equivalent to £4950). A mid-range version comes with KYB forks, a matching shock and Xihu brakes for 46,999 Yuan (roughly £5280), and there’s a range-topping spec with Brembo radial brakes, Marzocchi forks and a KYB shock for 49,999 Yuan (about £5610).

We’ll find out the international plans for the bikes, and how Benelli’s next-generation range will pan out, later this year.