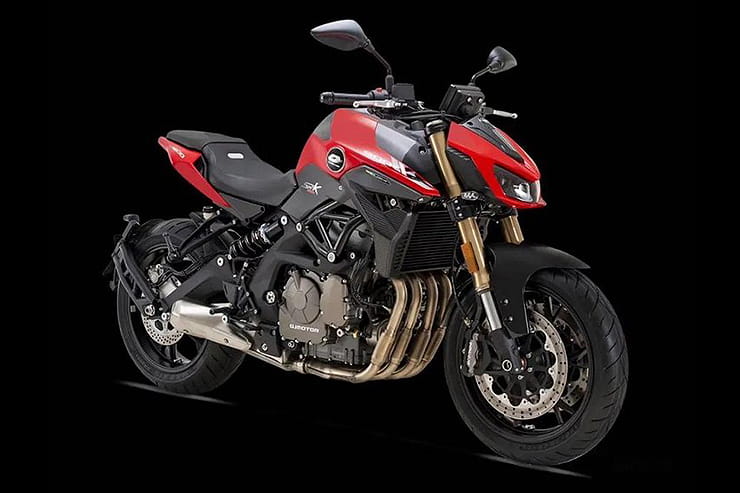 If there’s an aspect of the Chinese motorcycle industry that baffles those of us looking on from outside it’s the constant chopping and changing of names and sharing of parts. Now the bike that has long been leaked and spied as the next-generation Benelli 600 four has been officially unveiled – but under a completely new name.

The old Benelli TNT600i was sold under a variety of brand names over the years. What we knew as a Benelli, others were sold as a Generic GSR600, a KSR Motor GRS600, a QJiang QJ600 or a Zanella FJ600. Now Benelli’s parent company, QianJiang, has revealed the next-generation model along with a yet another new brand name to sell it under: QJMotor.

Don’t worry, though, because all indications are that the QJMotor SRK600 – for that’s the new bike’s name in China –  will be offered as a Benelli in Europe. Spy video from China has already shown that when the keyless ignition is switched on, the bike’s full-colour, 5 inch TFT display splashes the Benelli logo before springing into life. So apart from the logos, this is the replacement for the TNT600i that dropped out of the European market a couple of years ago. 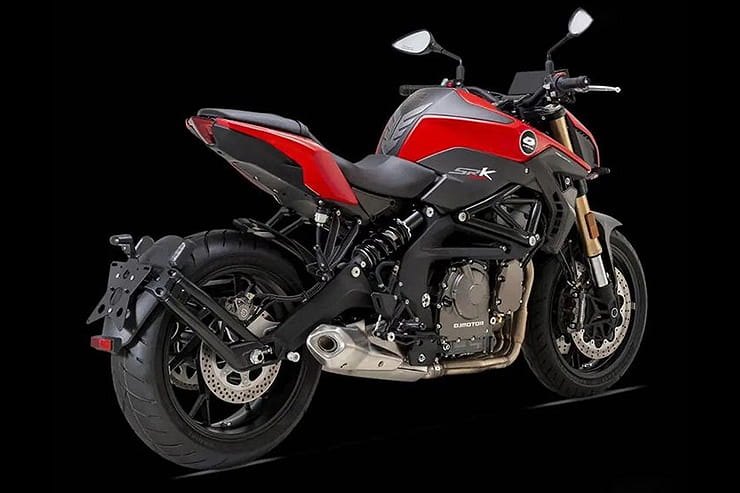 During the official announcement in China it was confirmed that the bike meets the nation’s latest ‘China IV’ emissions limits and has a 5% performance upgrade. Presumably that’s in the mid-range, as the bike’s type-approval documents have already revealed its peak power to be unchanged from the old model at 80.5bhp.

It also gets plenty of European components including Brembo brakes, Marzocchi suspension and Bosch ABS, along with a slipper clutch. The firm also said the bike adopts Benelli’s quality control system, so the Chinese-market versions will be as well made as those aimed at Europe.

In its Chinese homeland, the bike’s set to cost 49,999 Yuan, which works out as around £5700. It’s inevitably going to be pricier than that once it’s shipped here and duties are added.

Benelli’s own new model timeline, revealed earlier this year, appeared to confirm that its version of the new naked 600 (likely to be called 600N) was due to be launched around now, but that schedule may have slipped thanks to the coronavirus.

The next model will be the full-faired sports bike using the same engine and chassis. Revealed in design patents last month it’s also expected to appear under the QJMotor brand first, as the SRG 600, before emerging as the Benelli 600RR later in the year.