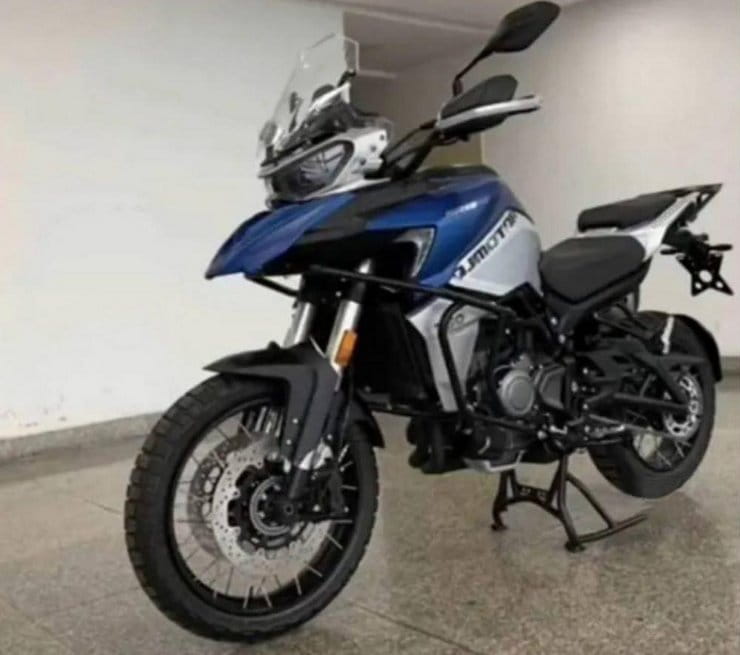 For a firm that’s spent years living in an almost dormant state Benelli is having an astounding resurgence at the moment with new models appearing on a regular basis. The latest to emerge – via Chinese spy shots – is the TRK800 adventure bike.

The shots show the machine in its Chinese-market form, bearing the name ‘QJMotor SRB 750’, but Benelli’s new model plan – revealed in January – confirmed that the TRK800 is due to be launched in September.

The bike’s appearance comes just days after Benelli’s parent firm, Qianjiang, launched its new QJMotor brand in China. It did it with the official unveiling of the SRK 600, which is expected to be offered in Europe as the Benelli 600N, another bike to have featured on the planning schedule that emerged earlier this year.

Yet another Benelli to appear first as a QJMotor is the forthcoming 600RR sports bike, which has been spied in China wearing ‘QJMotor SRG 600’ badges.

Whether it’s called the Benelli TRK800 or the QJMotor SRB 750, the adventure bike seen in the latest spy pictures uses the same 754cc parallel twin engine that’s already used in the Benelli 752S and the new-for-2020 Leoncino 800. That means 80hp and 50lbft of torque in a machine that’s priced noticeably lower than rivals like BMW’s F750GS. In line with other new Benelli models, you can expect some decent levels of tech including colour TFT instruments, keyless ignition and backlit bar controls.

Benelli’s other new models due this year include an the Imperiale 530, a scaled-up version of the Imperiale 400 using a 27hp 523cc engine instead of the existing 21hp 374cc single. There will also be a new 600GT sports tourer towards the end of the year and a revised TNT302, and the firm is also due to reveal the Harley-Davidson HD338 that it’s contracted to make on behalf of the US firm in the near future.

Benelli says that despite using the same engine and chassis as its 752S and Leoncino 800, the new QJMotor SRB 750 isn’t representative of the upcoming TRK 800 adventure bike that it will offer in European markets.

In a statement the firm said: “As already mentioned on several occasions, Benelli is working on the project of a new TRK based on the 750cc engine. This is an important project, which Benelli is developing in Italy, but which has nothing to do with the new SRB 750cc just presented by QJ Motor for non-European markets.”

The firm says it’s doing more work on the engine and chassis for the TRK, which it says will be a completely new bike as a result. We’ll find out more later this year as the TRK is penciled-in to be unveiled in the autumn.