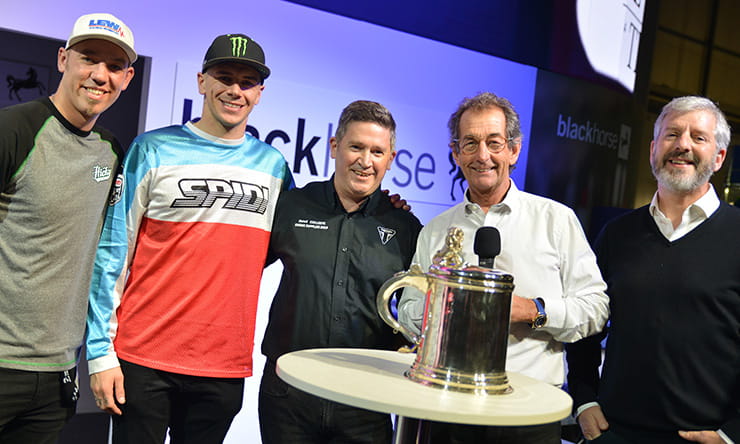 The Royal Automobile Club took to the main stage of Motorcycle Live last week to reveal the contenders for the 2019 Torrens Trophy.

The Trophy is awarded to an individual or organisation considered to have made an outstanding contribution in the United Kingdom to:

• The cause of safe and skillful motorcycling

• Technical excellence to further the cause of motorcycling

Peter Hickman: The new king of the roads – Hickman’s three 2019 Isle of Man TT victories on BMW and Triumph machines were pure poetry.

The winner will of this year’s Trophy will be announced early in 2020 at the Club’s historic Pall Mall clubhouse.