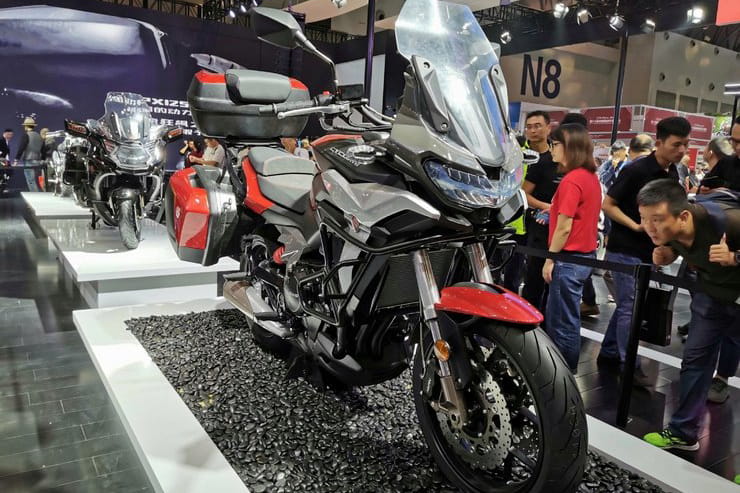 Back in 2017 Norton signed a deal to allow Chinese firm Zongshen to licence-build the 650cc parallel twin engine that the British firm was developing. Now Zongshen has shown two machines built around the UK-designed motor.

The Norton twin is a spin-off from the 1200cc V4 used in the firm’s V4SS and V4RR superbikes, effectively made using the front cylinder bank of that motor, which was designed with the help of UK-based engineering giant Ricardo. Norton’s own version of the twin appears in the Atlas Ranger, Atlas Nomad and Superlight models, which are due to reach production soon.

While the Norton-branded bikes will use British-made versions of the engines, Zongshen paid a multi-million pound sum to buy rights to make its own version of the design, and the firm’s new RX6 and RK6 models are the first to use it.

Compared to the clearly hand-made Norton machines, the Zongshen twins look much more like mass-produced bikes. The Cyclone RX6 is an adventure bike and clearly resembles the design drawings that we published back in April and is promised to hit the Chinese market very soon. While there haven’t been any official pronouncements on the bike’s availability outside its homeland, Zongshen is one of the most outward-facing Chinese bike firms, with a fairly strong presence in other countries, so we’d be surprised if the RX6 doesn’t reach these shores eventually. 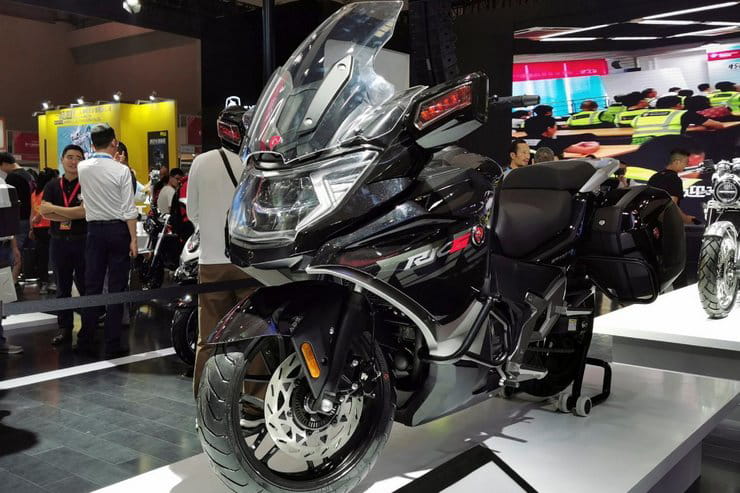 The second Zongshen to use the Norton twin is the Cyclone RK6. This is a full-on tourer, similar to fellow Chinese-made 650 twin, the CFMoto 650TR. This model is believed to be further from production than the RX6 adventure bike and is also less likely to be exported; 650cc is still considered ‘large’ in China, and hence suited to big touring bikes, while riders in this half of the world aren’t likely to be as easily convinced.

In Chinese-made form, the Norton-designed 650cc twin engine used in the RX6 and RK6 makes 70hp, which is on a par with similar Kawasaki and CFMoto 650cc parallel twins. Norton claims a more ambitious 84hp for the Atlas models and 105hp for the Superlight (not to mention the insane 175hp that the firm expects to get from the supercharged version of the same motor that’s fitted to the carbon-framed Superlight SS). 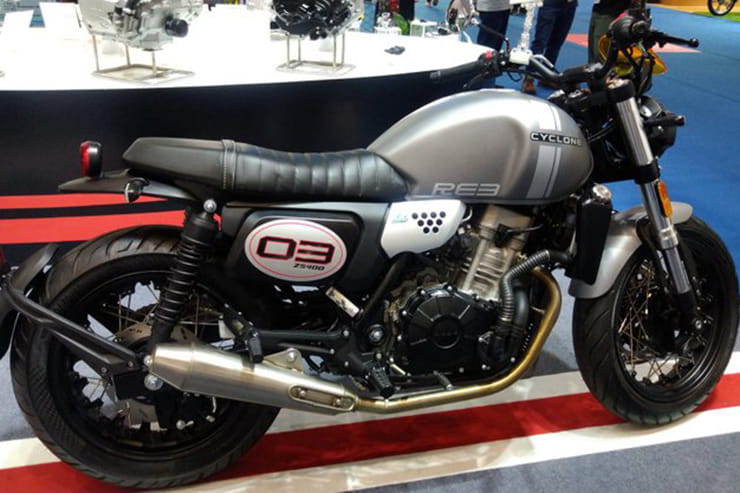 Zongshen RE3 is a 380cc parallel twin retro. Could it form the basis of a mass-made, entry-level Norton?

Although there’s no indication that the Norton-Zongshen deal is an ongoing, reciprocal one there’s a growing trend for high-end western bike firms to tie in with Chinese companies for the supply of smaller-engined, mass-produced models. Harley-Davidson has a deal with Qianjiang and MV Agusta is building a 350 with Loncin, so a small, Zongshen-made Norton might be a persuasive idea in the future.

If that happens, then Zongshen’s new Cyclone RE3 might be just the ticket. We revealed designs for the bike earlier this year, and the final version looks just as good. Official details include a ready-to-ride kerb weight of only 184kg, while its Zongshen-developed 380cc parallel twin makes 36hp and 26lbft of torque. In China, prices will start at around £3250.