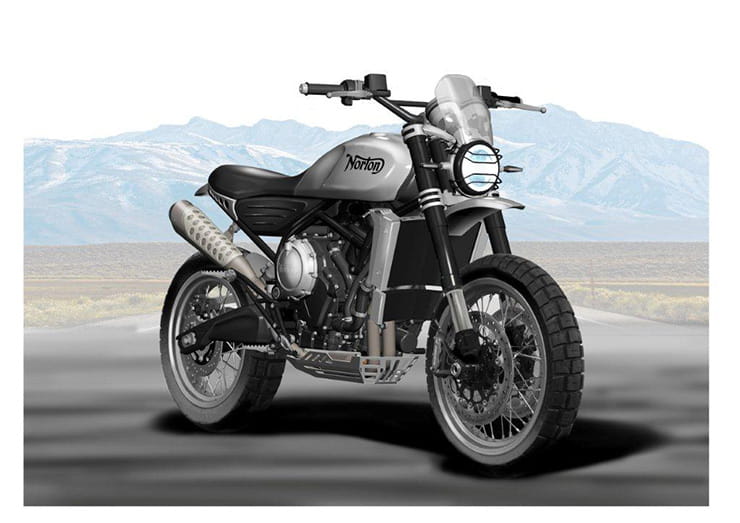 Last year Norton showed three tentative designs for scramblers to house its planned 650cc parallel twin engine and surveyed potential customers to find their favourite. Now the firm has unveiled a more definitive drawing showing the bike that will be released at Motorcycle Live at the NEC in Birmingham in November.

To recap, the planned Norton 650cc parallel twin is effectively the front two cylinders from the upcoming 1200cc V4 superbike. It’s being designed, like the V4, with help from engineering experts Ricardo, and Norton has already done a multi-million pound deal to allow Chinese firm Zongshen to licence-build a version of the motor for its own future machines.

The twin will have a longer-stroke crank than the V4, accounting for the extra 25cc capacity per cylinder. Norton hopes that the engine will make something in the region of 100hp, positioning it a league above similarly-sized parallel twins from the likes of Kawasaki and CFMoto, and instead putting it closer to the larger, 799cc twin used in KTM’s 790 Duke and upcoming 790 Adventure.

Norton has already said it plans to use the engine to compete in the Lightweight race at the IoM TT, with hopes to debut in 2019, although it clearly won’t be in the scrambler-style Atlas chassis.

Eventually, Norton also intends to introduce a 170hp supercharged version of the parallel twin housed in a sports bike that will sit below the range-topping V4. 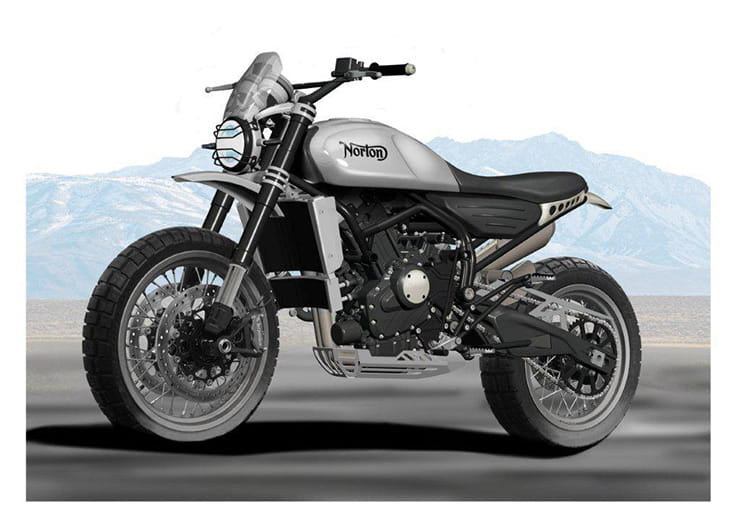 What’s in a name? Well, Atlas is a moniker that Norton has used before. It was the 745cc twin made from 1962 to 1968, replacing the Dominator, which had used a 650cc version of the engine. It would be superceded by the Commando. With the Commando and Dominator tags already in use, it makes sense for Norton to recycle the Atlas name as well.

In terms of style, the Atlas is a road-oriented, scrambler-style machine that will give Norton a foothold in the ever-popular adventure bike market while retaining styling nods to the firm’s 1960s heyday. While the original Atlas was no scrambler, it’s a name that Norton has trasdemark rights to. The same can’t be said of ‘Ranger’ – the name used on 1960s Norton scramblers – since it’s now a trademark that’s closely guarded by Ford for use on its trucks.

Norton is targeting a £10,000 price for the Atlas, making it the entry-level proposition in the firm’s range. Norton CEO Stuart Garner says the bike will be on sale in 2019.